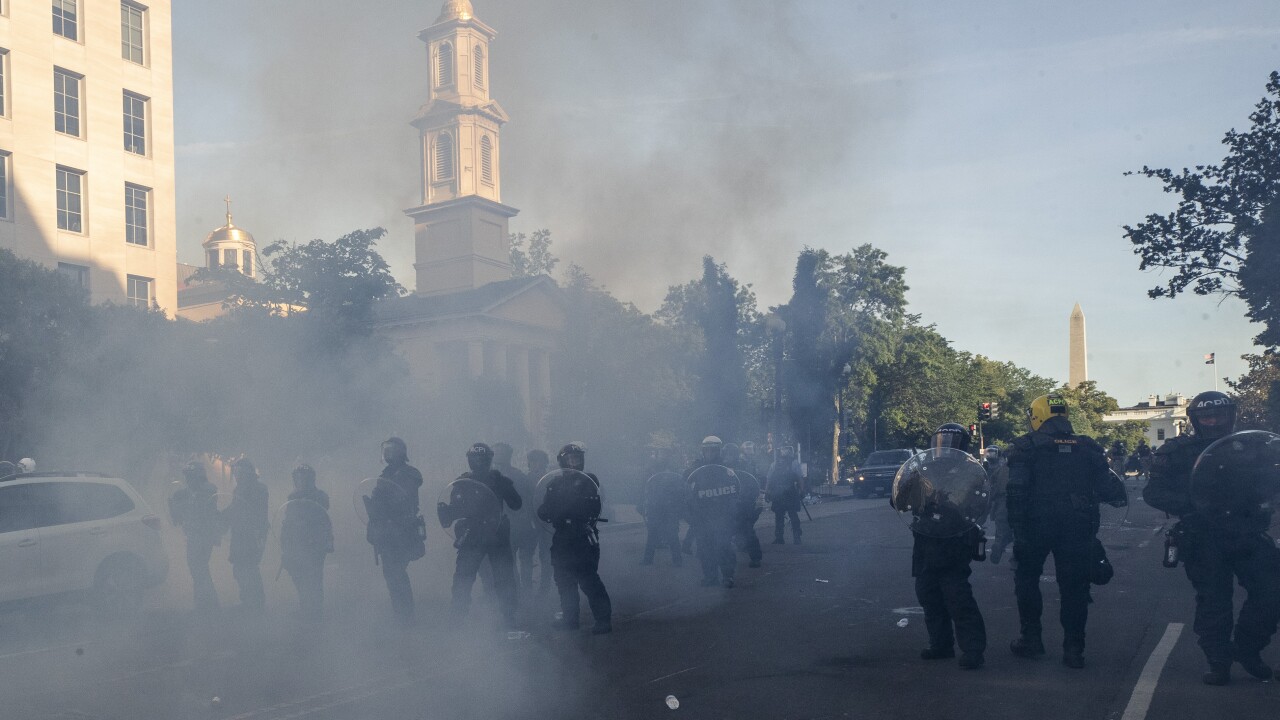 Alex Brandon/AP
FILE - In this June 1, 2020 file photo police move demonstrators away from St. John's Church across Lafayette Park from the White House, as they gather to protest the death of George Floyd in Washington. Only a few legacy-defining moments have clung to President Donald Trump. But the forceful clearing of demonstrators from the park across from the White House has resonated like few others, sending Trump’s poll numbers tumbling and prompting top military leaders and usually lockstep Republicans to distance themselves from the president. (AP Photo/Alex Brandon, File)

Army National Guard commander Adam DeMarco's account challenges key aspects of the Trump administration’s explanation for the clearing of the protest just before President Donald Trump walked through the area for a photo opportunity.

DeMarco’s statement was in prepared testimony ahead of a hearing Tuesday by the House Natural Resources Committee.

The administration says attacks by protesters warranted the use of force. DeMarco says it appeared that the protest was peaceful.