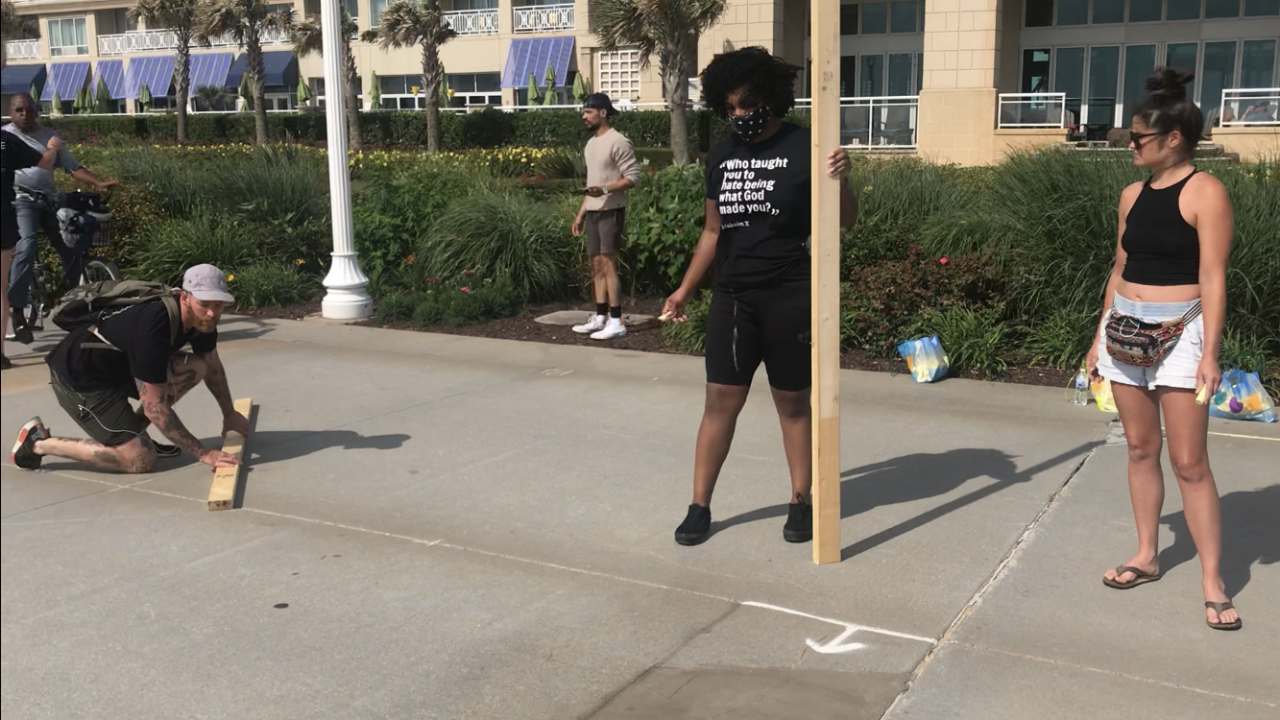 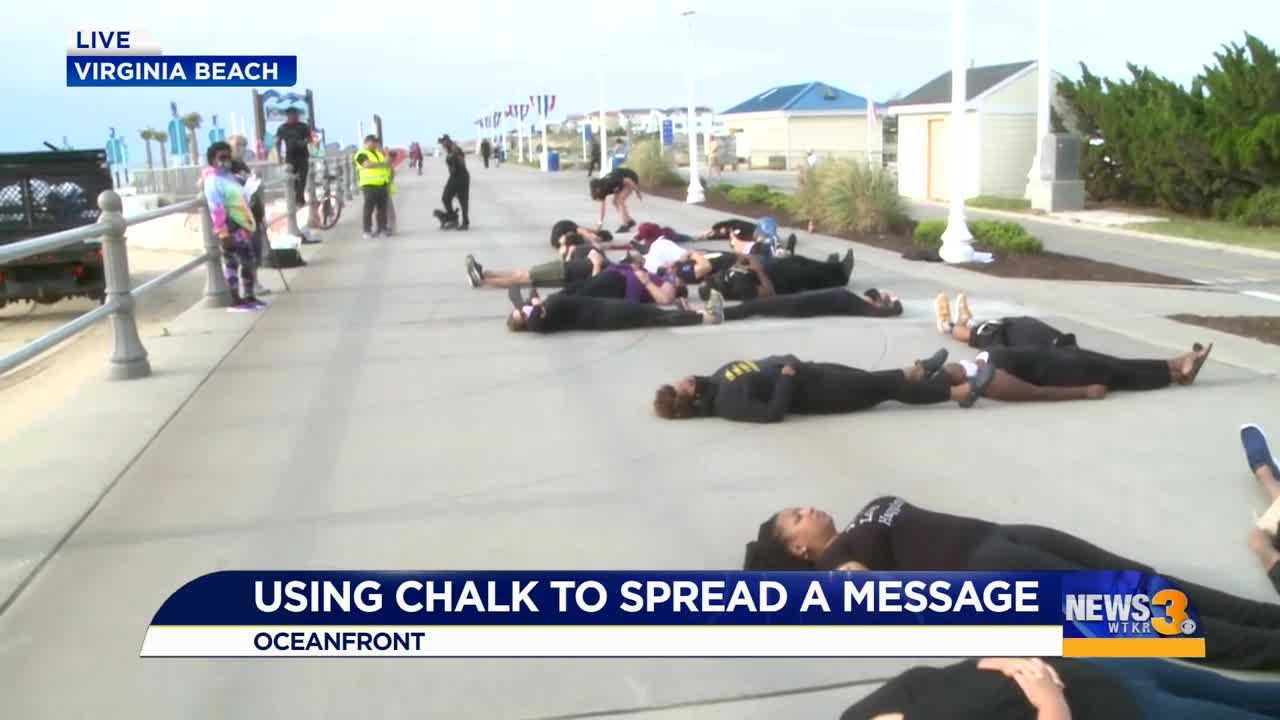 VIRGINIA BEACH, Va. - A message is still being shared loud and clear across the nation and locally -- Black Lives Matter. A few artists came together Saturday morning to make sure that message was shared over a few city blocks in Virginia Beach.

“I was trying to make a statement and I'm like, ‘I want people to have an outlet,’” Cecelia Reid, an artist and organizer of this drawing told News 3. “I didn't want the negativity to overshadow the positivity."

Her effort is called "Chalk Walk 4 Justice,” gathered pieces of chalk, and is using stretches of the Oceanfront boardwalk as her canvas.

Drawings were also influenced by Virginia Beach native Pharrell William’s push to paint the “Black Lives Matter” message in the city. He posted an edited picture of the message on the boardwalk – the same kind of painting seen in cities such as Washington and Seattle – to his Instagram account with the hopes to make it reality.

“This will be day 11. I started on Wednesday after being part of the protest on May 31 here in Virginia Beach and I saw how much attention it was getting for just being a riot,” Reid said. “I'm born and raised here and wanted to raise some positivity."

The artists started near 34th Street and drew "Black Lives Matter" along the boardwalk, up to the Neptune statue near 30th Street. The artists were unboxing several boxes of chalk to be used for the drawing.

They also had cans of hairspray that they sprayed over the chalk. Reid said the hairspray keeps the chalk from washing away too quickly and easily.

"It's your First Amendment right to say what you want to say. We're not defacing property, it's chalk, it will wash away,” Reid said. “It's been really powerful, I didn't realize how big it was going to become from drawing chalk on the boardwalk."

Her project was one of two BLM projects on Saturday. The earlier project consisted of people laying on the ground to spell out "Black Lives Matter."

“We're all in this together. It's been rough for a lot of people, it's been hard,” Nesto Flores, a local artist and participant in the first project, said.

Participants shouted chants synonymous with the BLM protests across the nation: “Black Lives Matter,” “I can’t breath,” among other chants.

As for Reid, she said she will continue drawing BLM and related messages along the boardwalk, and said she hopes other people contribute as well by adding their own messages with chalk.

"You can find me down on the Oceanfront and come whenever you guys want, and write your messages,” She said. “Let’s show this city: City of Virginia Beach here we are, we're already for this, come on, let's do something about it."