RACC received one adult dog and seven mom dogs, each with their own litter. The puppies range from one day old to eight weeks.

RICHMOND, Va. -- Thousands of dogs rescued from a breeding facility in Cumberland County are now getting the chance at a new beginning.

About 50 of them arrived on Tuesday at Richmond Animal Care and Control (RACC).

Lori Green has been fostering pets since the 80s.

When she learned RACC would be receiving beagles from the now closed Envigo breeding facility in Cumberland County, she knew she wanted to help.

"This story kind of grabbed my heart and I adore beagles. So we volunteered to help," Green said.

Envigo denied the allegations, but closed operations and turned over nearly 4,000 beagles to the Humane Society of the United States (HSUS). HSUS is now working to place the dogs in shelters across the country. 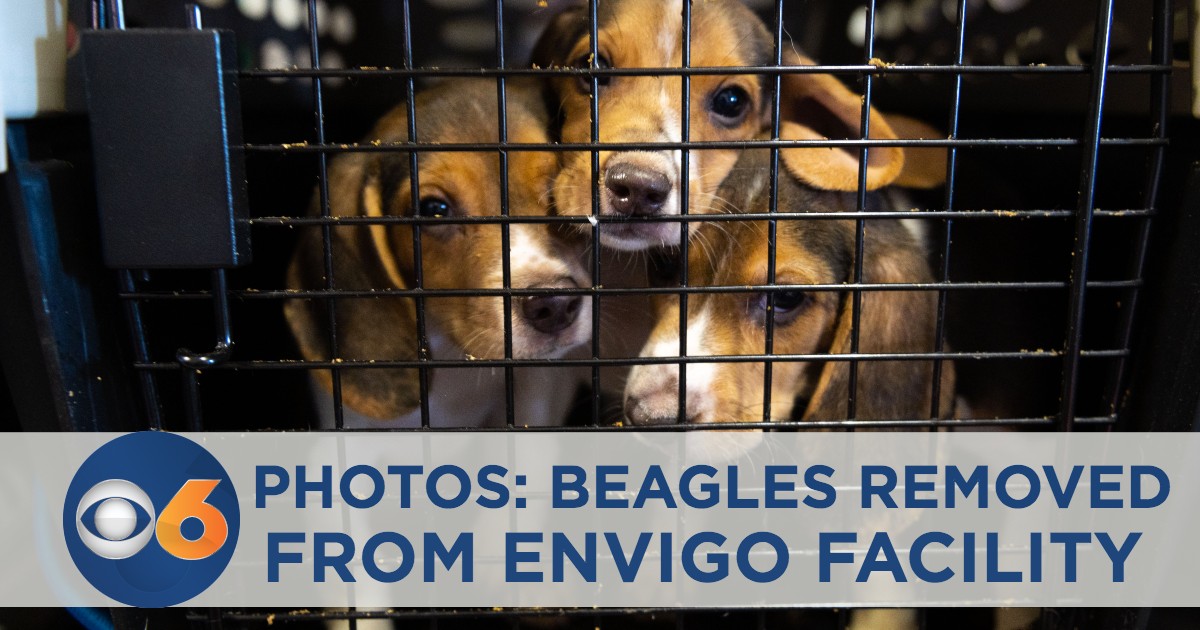 "The interest and the outpouring has been pretty tremendous," Robin Young with RACC said.

Young said they have already received hundreds of emails and messages from people who want to adopt the dogs.

"We're just taking it day-by-day at this point. And when everybody's ready for adoption, we will definitely let everybody know," Young said.

RACC received one adult dog and seven mom dogs, each with their own litter. The puppies range from one-day-old to eight weeks.

Their priority right now is intake and finding foster homes.

"We're just doing some additional booster vaccines, some deworming. Giving everybody intake baths, getting weights, and you know, main information like that," Young said.

Depending on their age, the dogs could be fostered anywhere from two to eight weeks.

As for Green, she's glad to help and is happy to see these dogs get a second chance.

"There's a lot of good people in this world that fight for the animals and that we finally won this one. If more people could step up and speak for them, the animals would have a lot better chance."