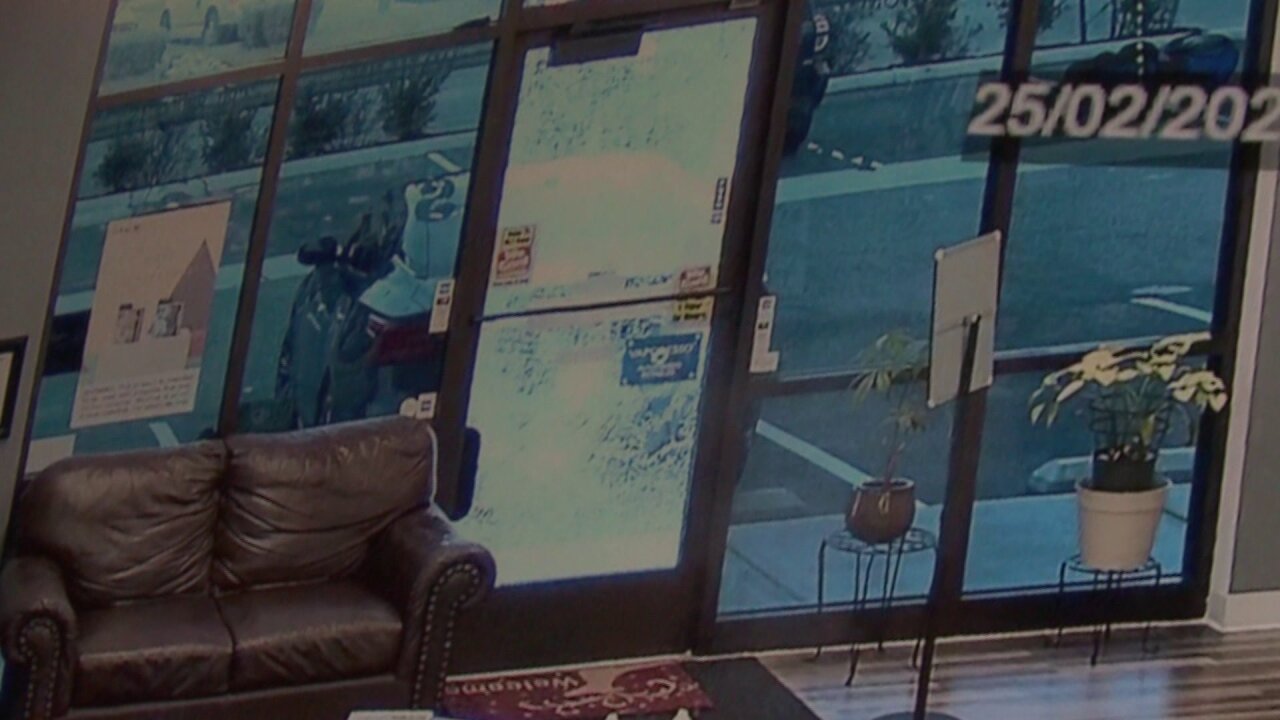 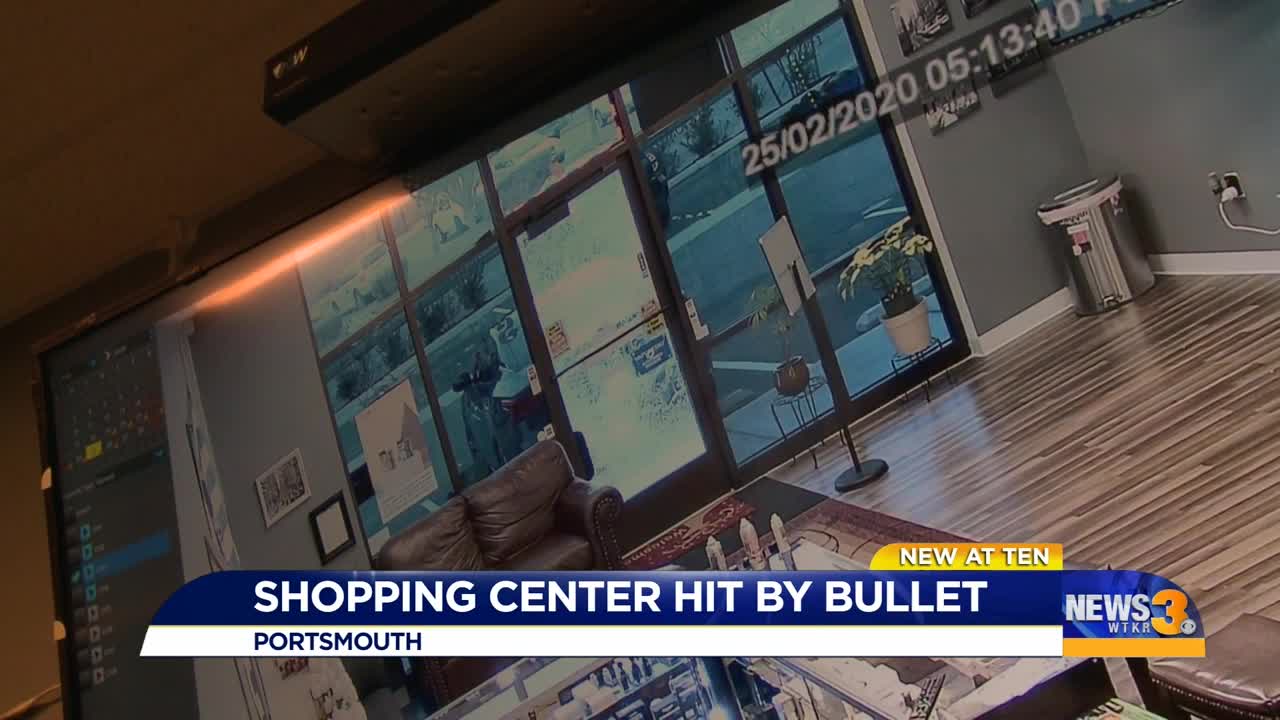 PORTSMOUTH, Va. - Gunshots fired near an apartment complex in the Churchland area of the city went flying into the Cloud Status vape shop.

“At first I was like, 'Is that a gun?' Then when it kept going, I was like, 'Oh, it's fireworks!'" said shop owner Michael Lardarello.

“Thirteen to fifteen shots,” he adds.

When the sound finally stopped, Lardarello came out from the back of his shop to broken glass. The front door was shattered from a bullet you can see in surveillance video going right through the glass.

There are still some pieces of glass on the ground, but the owners got most of it cleaned up and got their front door replaced. The one thing that hasn’t been replaced is a blue sign that was once hanging on the door that shows you exactly where the bullet went through.

News 3 talked to a woman who works at one of the businesses at the Shoppes at Towne Point.

“We should not have to fear going to the store or going to wash our clothes or the ladies going to get their nails done,” she tells us.

Portsmouth Police say they received several calls about a shooting near Pebble Point Court on Tuesday around 5:15 p.m. The vape shop wasn’t the only place hit - police say two homes were also struck by bullets, but no one was injured.

Michael tells us he’s glad he didn’t have any customers in his shop at the time of the shooting.

“God was here! He was watching over a bunch of us yesterday,” says Lardarello.

Police say the investigation is ongoing.