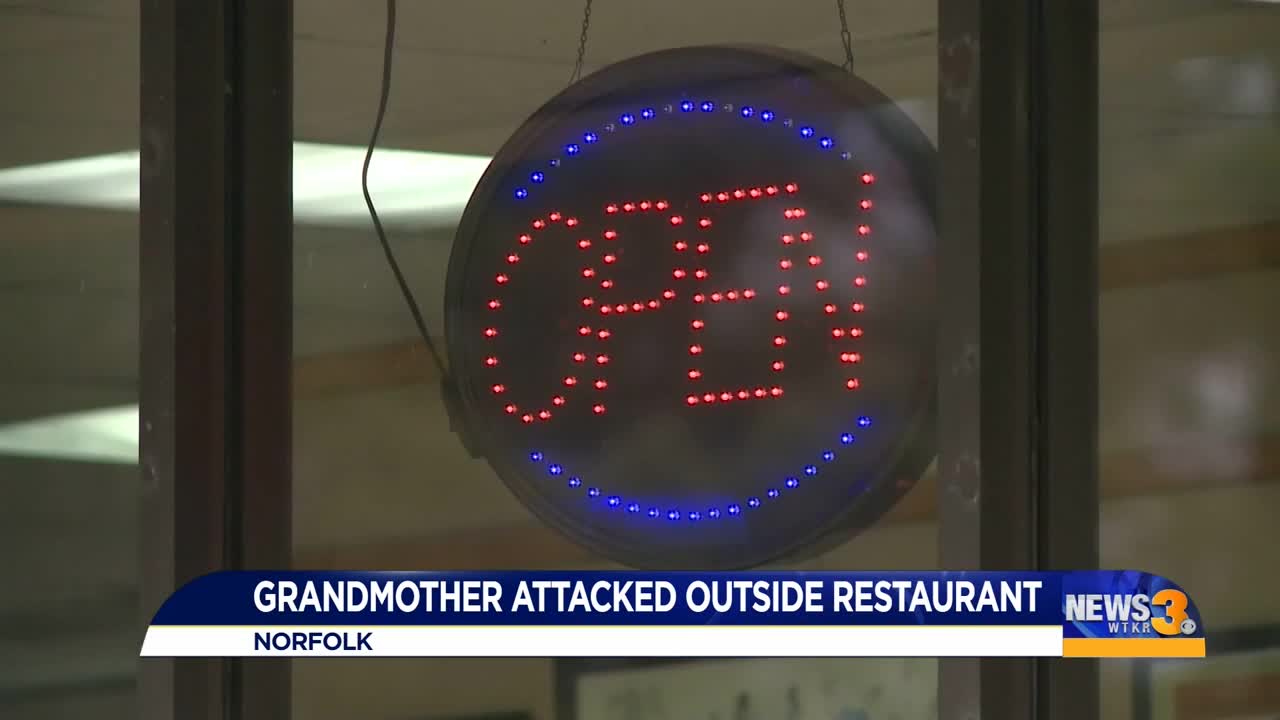 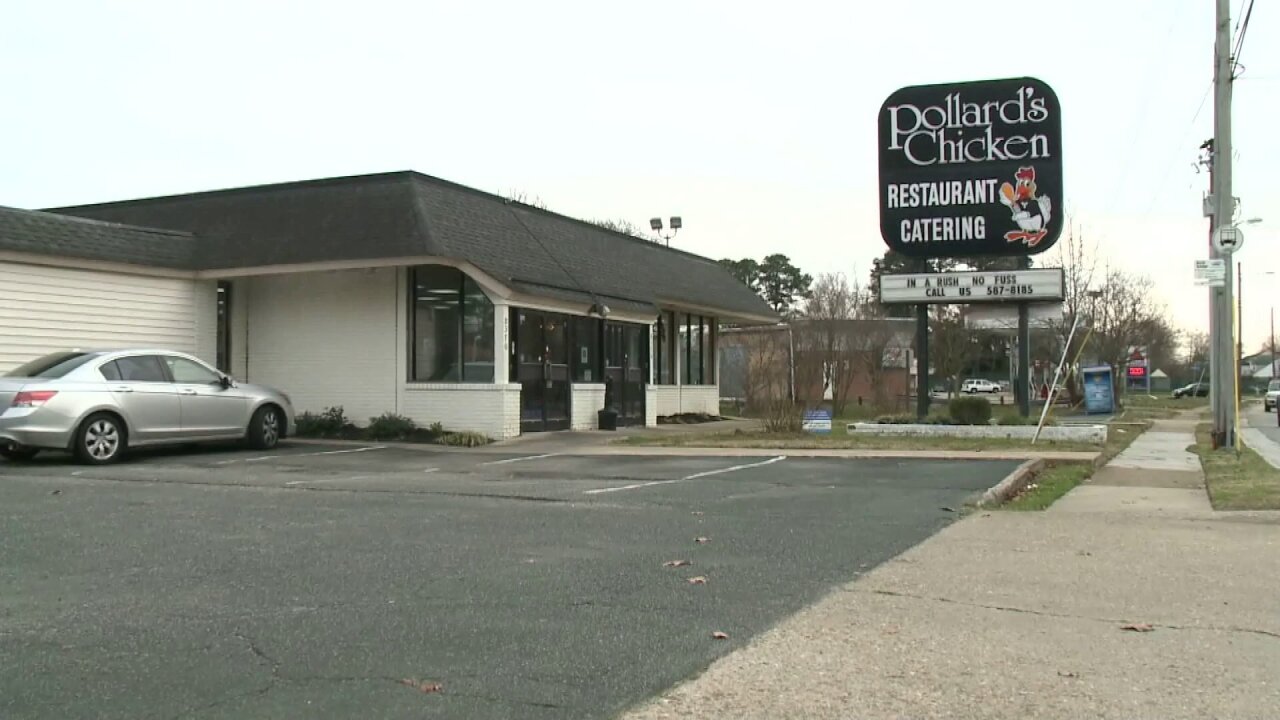 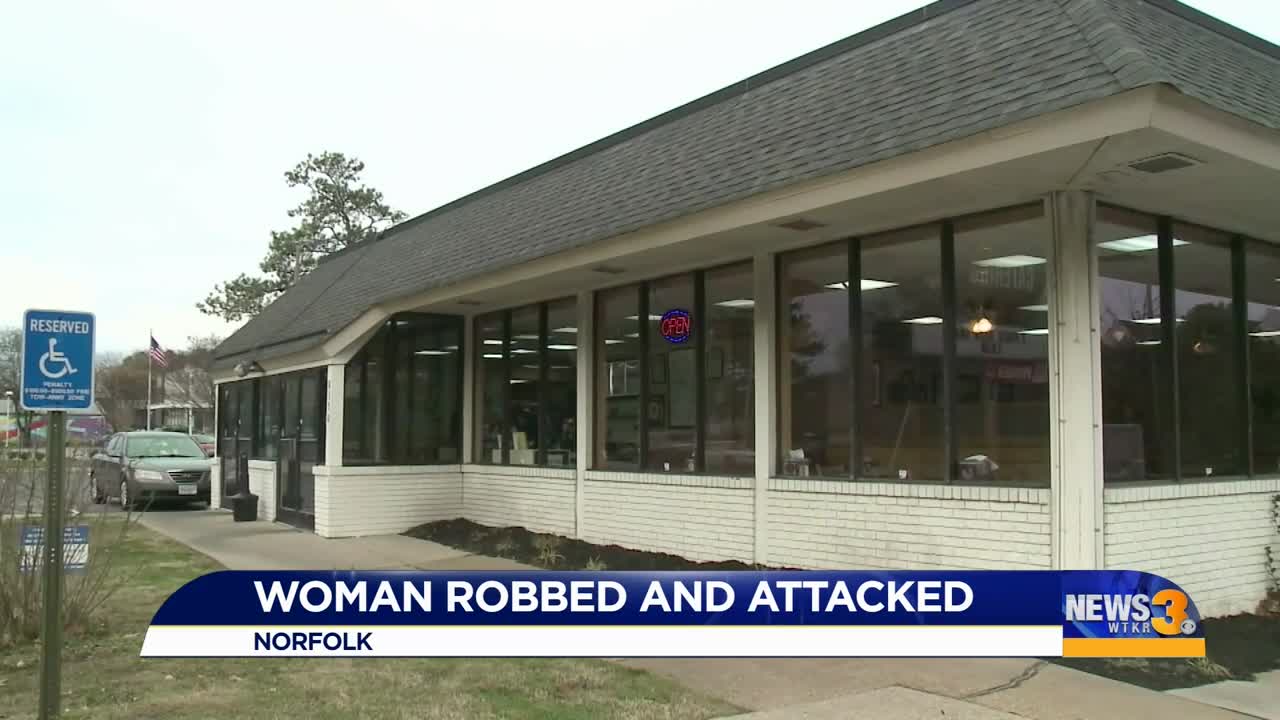 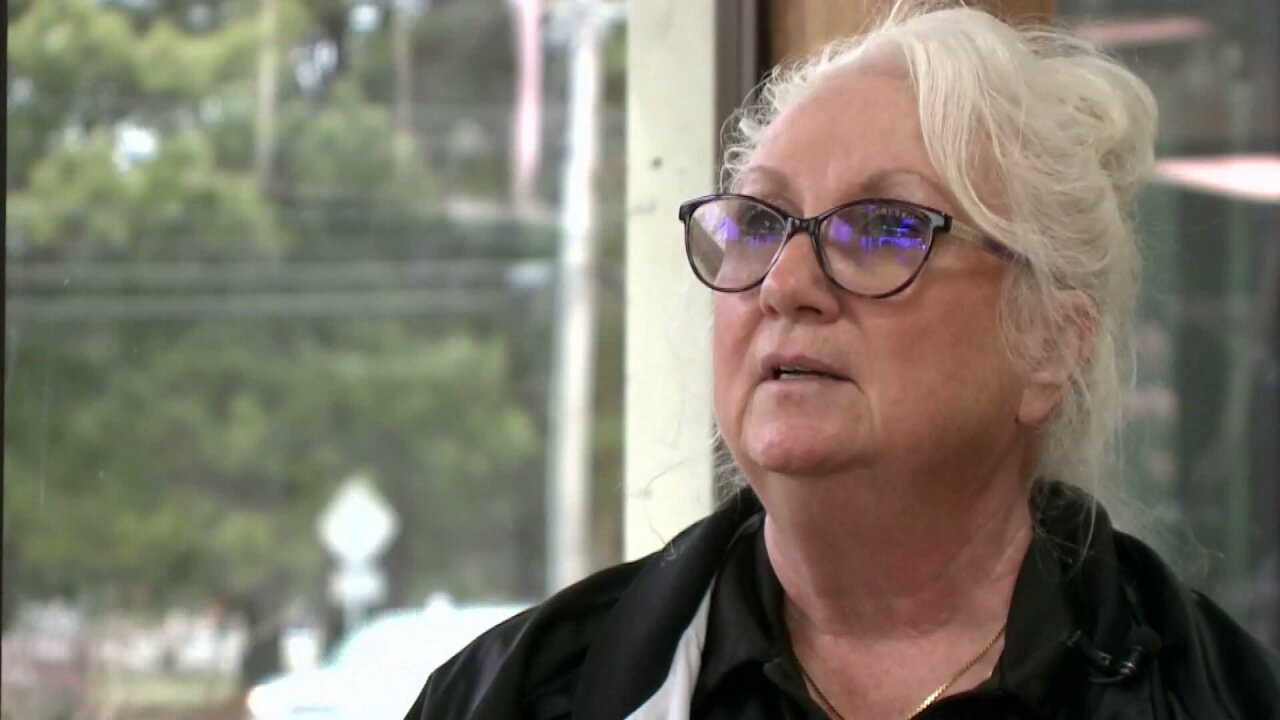 NORFOLK, Va. — A grandmother was attacked in broad daylight at a popular local restaurant.

She says she’s here today because of a bystander she's calling a hero.

Every morning, Inez Crump makes her way to Pollard’s Chicken on Tidewater Drive – she’s been doing this for more than four decades.

She opens the restaurant around 7 a.m., but last Friday she says something was off.

"I was unlocking the door and I heard him coming up behind me.”

Witnesses told News 3 the man was standing at a bus stop, and when he noticed the woman walking to the restaurant doors to unlock them, he came up behind her and told her to hurry up before he started to attack her.

"[He] pushes me up against my car. I fall into a puddle and I said to myself, ‘Well, it’s in God's hands now,'" Crump recalled.

But she didn’t give up. She yelled for help and got the attention of a man who was standing nearby.

"Someone from McDonald's comes running over this way and chased him behind the building and I heard four shots go off," she explained.

The man's manager inside the McDonald's heard the shots, too.

"When I called him out, he didn't respond. That was the scariest part. He was one of my employees and he was on my clock," Rogacion said.

The man eventually came out of the bushes. Norfolk Police say he wasn’t injured, but the shooter got away with Crump's purse.

“This gentleman has stolen something from me, and I hope we can catch him before he hurts somebody really," said Crump.

She says he may have stolen her pocketbook, but he can’t steal her joy.

“Can't go into seclusion; I can’t do that. I enjoy working with the public, and I enjoy my customers," Crump said.

Police have not made an arrest.

Others in the area say they’re still shaken.

“Knowing that he could still be doing that during those hours is really scary," Rogacion said.

Anyone with any information about this incident is asked to take action and call the Norfolk Police crime line at 1-888-LOCK-U-UP.