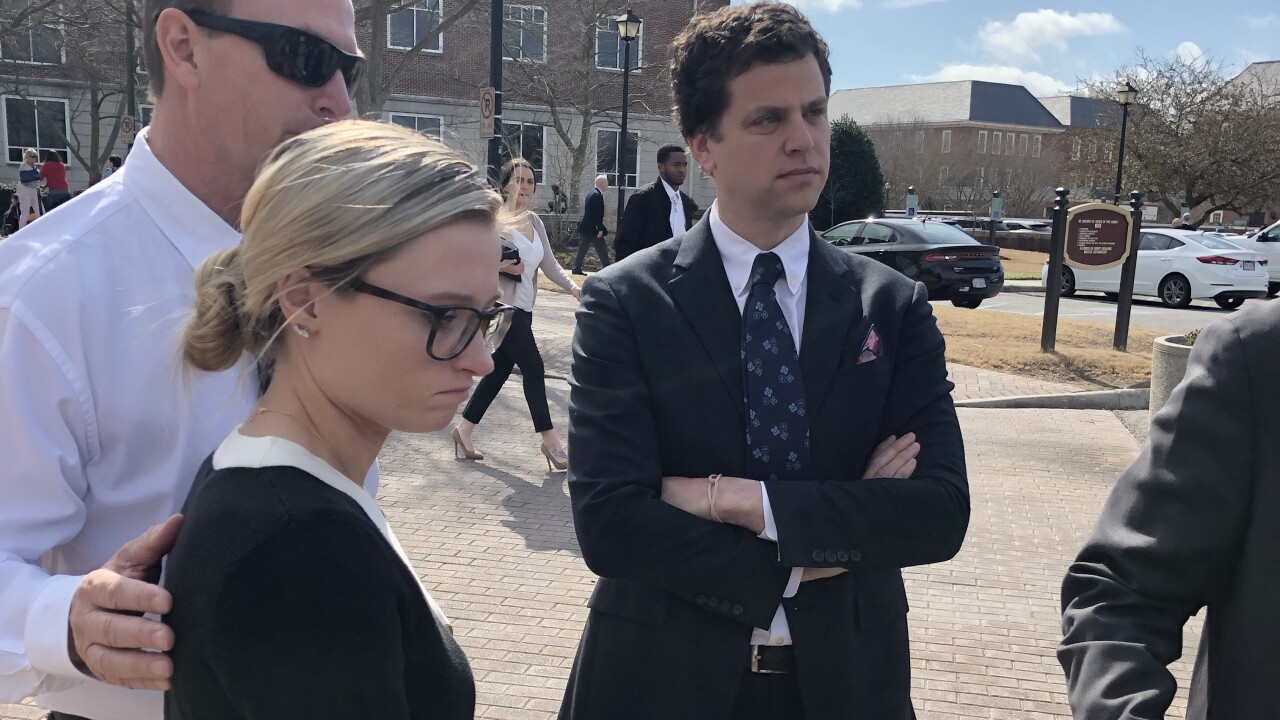 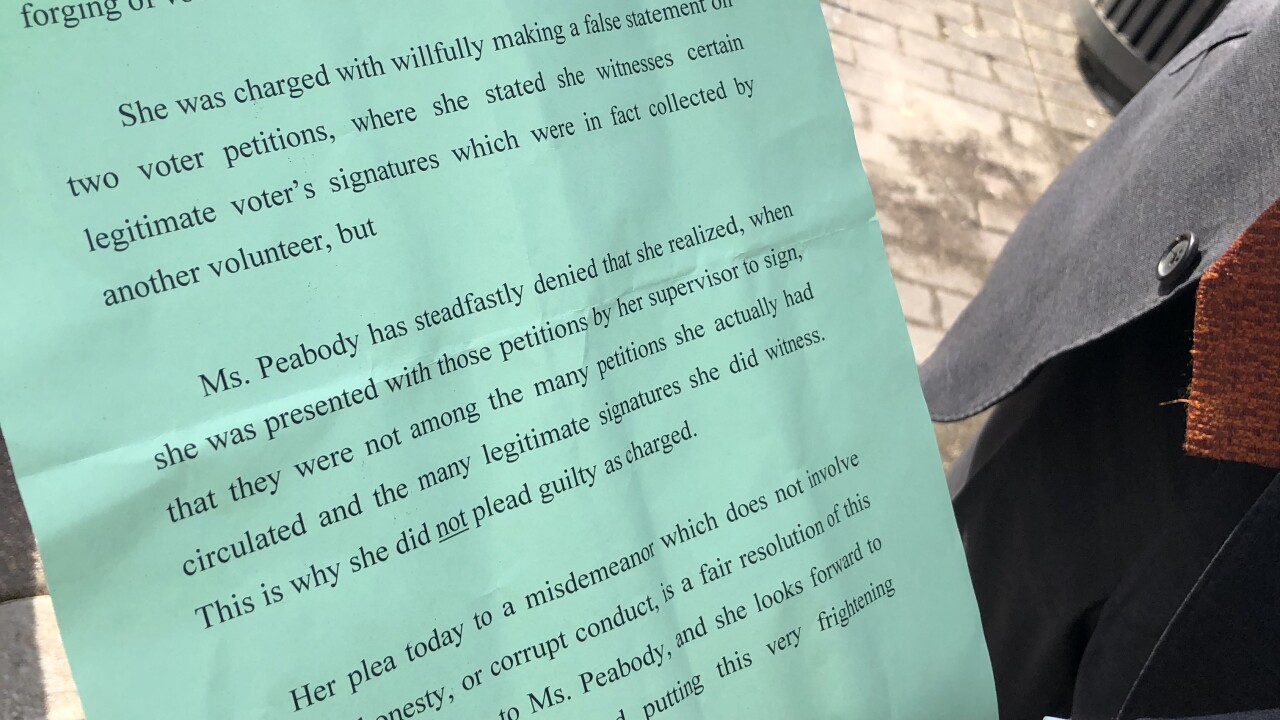 Lauren Creekmore Peabody, former staff of the Scott Taylor campaign, was sentenced to one year in jail and fined $2,500.

A judge suspended the year of jail time and $1,500 of the fine as long as Peabody has a year of good behavior.

"Her plea today to a misdemeanor which does not involve fraud, dishonesty, or corrupt conduct, is a fair resolution of this matter as it pertains to Ms.Peabody," Attorney Fletchers says in a statement in court.

Taylor's staff was under investigation after the discovery that several signatures were forged on petitions to help qualify Shaun Brown as an Independent candidate for Congress in the second congressional district. The signatures included dead people and others who said their names were used without their permission.