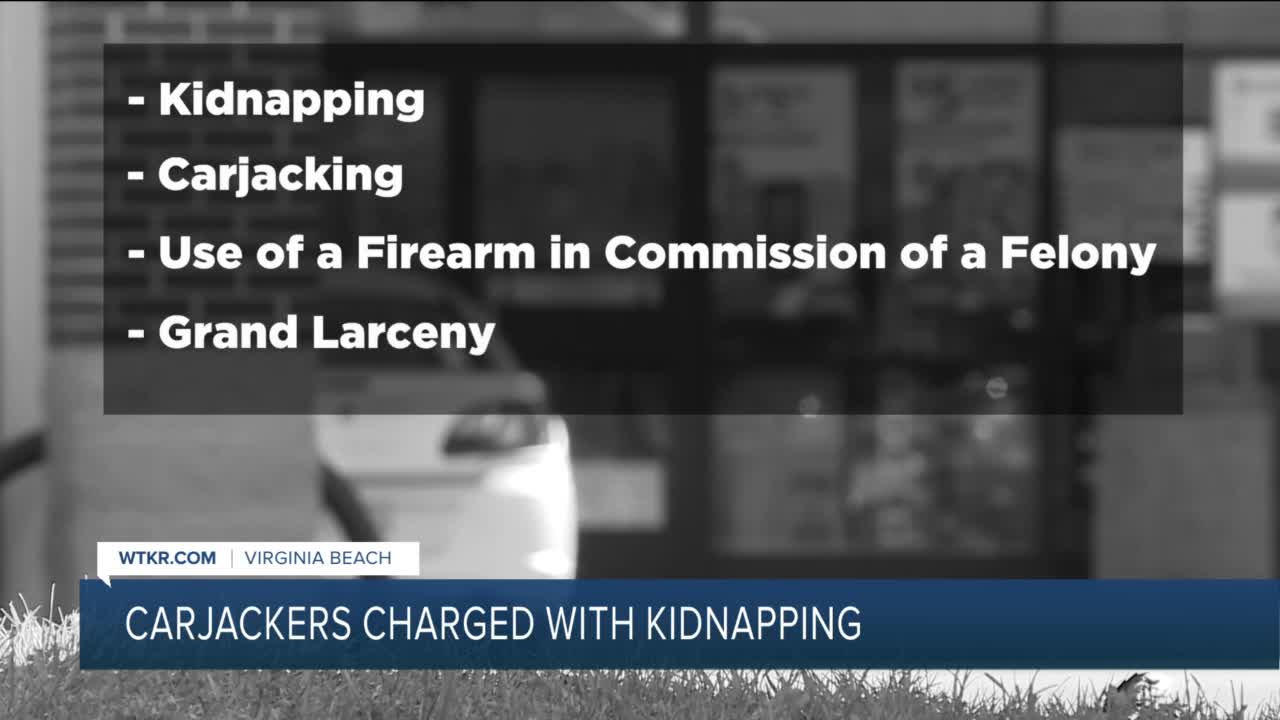 VIRGINIA BEACH, Va. – Two teens are accused of kidnapping after police say they stole a car with a child inside in Virginia Beach.

Police said around 1:45 a.m. on November 5, two teen suspects got into a vehicle that was left running in the parking lot of the 7-Eleven while the victim went into the store.

The victim’s 5-year-old child was still in the vehicle, according to Broadcastify recordings.

They said one of the suspects pulled out a firearm when confronted by the victim, and the suspects fled in the victim’s vehicle but pulled over at a nearby Food Lion and put the child out of the car before fleeing again.

Police said the child was unharmed.

Police said officers located the car a short time later and observed it going into a neighborhood off Fuller Lane.

After a short chase on foot, both teens were arrested.

Police said one teen was bitten by the police K-9 and was taken to a local hospital for treatment for a non-life-threatening injury from the dog bite. The other teen was taken to police headquarters.

They are both charged with Abduction/Kidnapping, Carjacking, Use of a Firearm in Commission of a Felony and Grand Larceny.