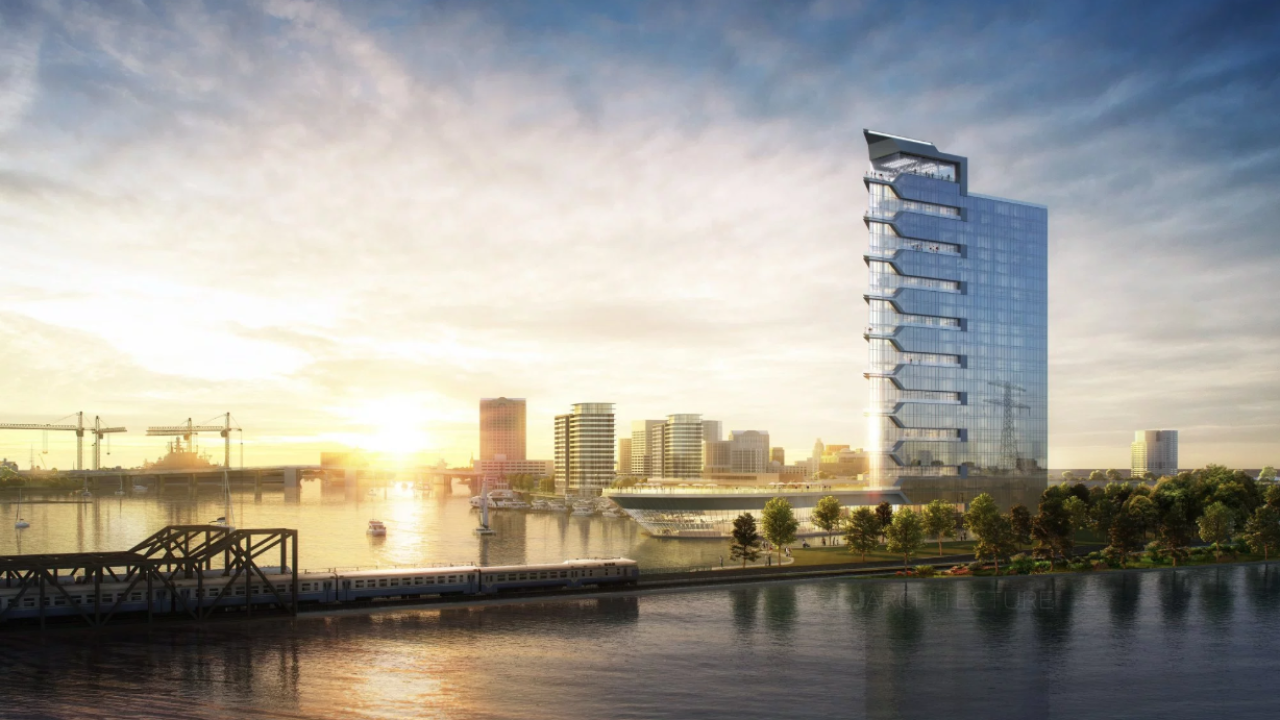 Conceptual rendering and may not reflect final design.

Norfolk City Council voted to select the Pamunkey Indian Tribe as the operator for the proposed waterfront resort and casino.

The vote comes after the City Council first approved entering into an agreement with the Tribe in September, 2019.

This vote was part of the required process that the Virginia General Assembly prescribed for approved gaming cities to select their preferred operator.

The city's next step is to notify the Virginia Lottery of its selection. The Virginia Lottery will then take up to 45 days to conduct a preliminary review to determine if the Tribe and Norfolk can move forward to seek a citywide public referendum in November.

The City is expected to receive $26 to $31 million per year in gaming and sales-related taxes from the project.

The funds can be used towards improving schools, supporting first responders, repairing streets and sidewalks and other core city services.

The City will also benefit from the estimated 6.2 million visitors annually to the resort and casino, 4.8 million of which are expected from outside of Norfolk.

As part of the agreement, the Tribe is responsible for paying for infrastructure, flood mitigation and utility improvements needed for the construction of the resort.

The $500 million resort will include a four-diamond, 300-room full service hotel with a variety of onsite restaurants and other dining options, a luxurious spa and an entertainment venue that will be able to seat 2,500.

“As we look ahead to what will be a long economic recovery from the pandemic, this project will be a huge shot in the arm for the local economy,” said Jay Smith, Spokesman for the Pamunkey Resort and Casino. “The jobs, investment and general infusion of money into the local economy will have a ripple effect across the City and the region. At a time now when we can likely expect to see a drop in local revenue for the City, this new stream of money – to the tune of tens of millions of dollars annually – will be an important part of the City’s ongoing ability to provide city services to its residents.”