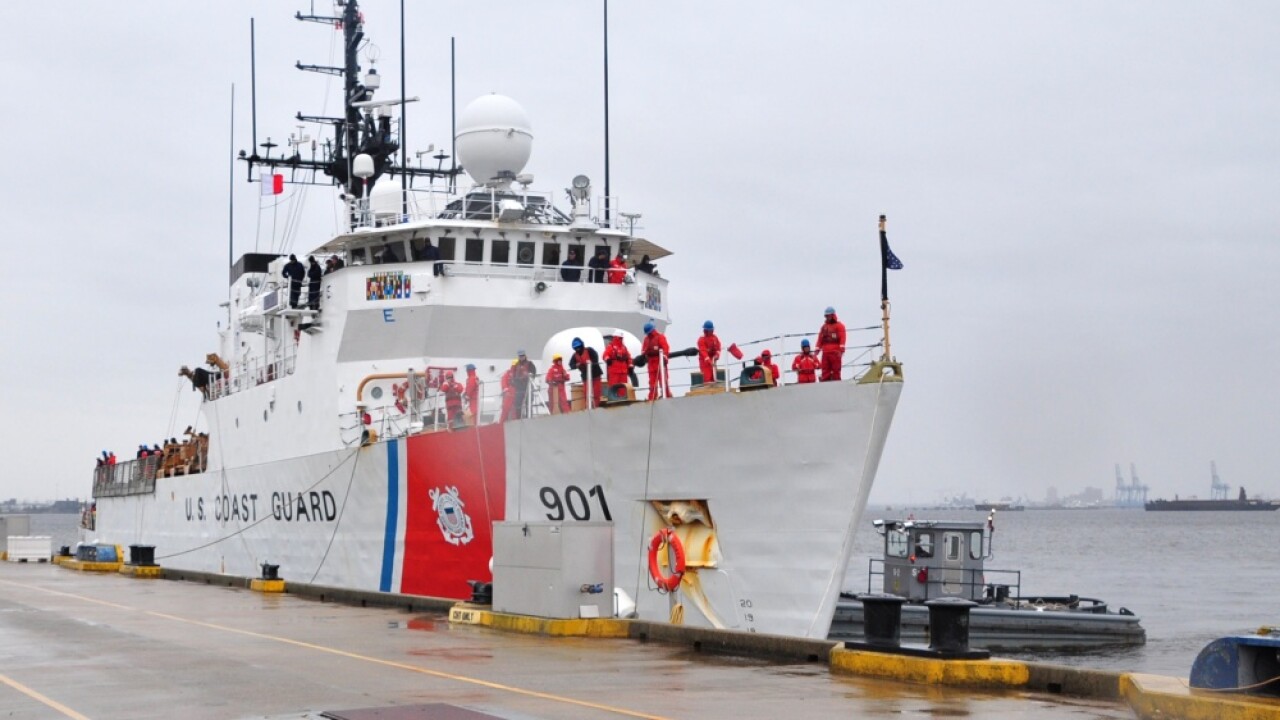 PORTSMOUTH, Va. - The crew of Coast Guard Cutter Bear returned to their homeport in Portsmouth Saturday after a 45-day patrol in the Caribbean Sea.

According to the Coast Guard, the Bear's crew detained 12 suspected drug smugglers and confiscated 72 bales of cocaine while working with the Department of Defense and other law enforcement partners, conducting counter-narcotics and migrant interdiction operations as a part of Operation Unified Resolve.

“It was an exceedingly difficult boarding due to the vessel’s large size, configuration, and amount of cargo onboard,” said Cmdr. Don Terkanian, commanding officer of Coast Guard Cutter Bear. “I am proud of the hard work and dedication our crewmembers put in during that four-day boarding. I am also thankful for the sacrifices their families make every day to support their Coast Guardsmen and their missions to keep our country safe.”