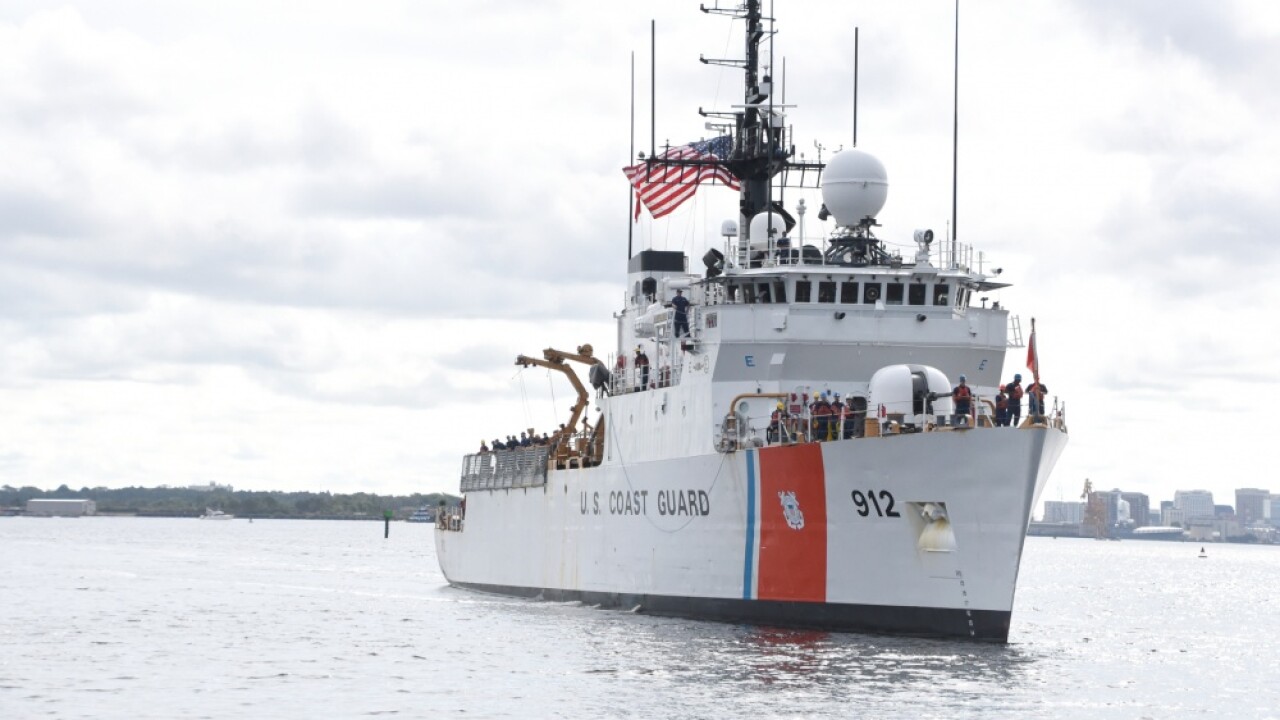 The Coast Guard Cutter Legare pulls into the pier at Base Portsmouth in Portsmouth, Virginia, Sept. 28, 2016. Legare&#39;s crew returned from a 48-day patrol in the Eastern Pacific Ocean where they seized an estimated 1800 kilograms of cocaine. (U.S. Coast Guard photo by Petty Officer 1st Class Melissa Leake)

PORTSMOUTH, Va. - The Coast Guard Cutter Legare returned to its homeport in Portsmouth Thursday after a 65-day counter-narcotics patrol in the Eastern Pacific Ocean and Caribbean Sea.

According to the Coast Guard, the Legare's crew successfully seized more than 3,300 pounds of illicit narcotics while patrolling, working with Customs and Border Protection, the Drug Enforcement Administraton and international partners to combat smuggling organizations.

“Our success during this deployment is due to the exceptional coordination and assistance provided to us by our partner agencies, as well as the training, preparation, and hard work of the Legare’s crew,” said Cmdr. Blake Stockwell, commanding officer of the Legare. “None of this would be possible without everyone’s combined efforts and dedication in keeping our maritime borders secured from the persistent threat that these drug-trafficking organizations pose.”

The Legare is a 270-foot medium endurance cutter, and its crew patrols the North Atlantic, Caribbean Sea and Eastern Pacific Ocean in support of Coast Guard missions.