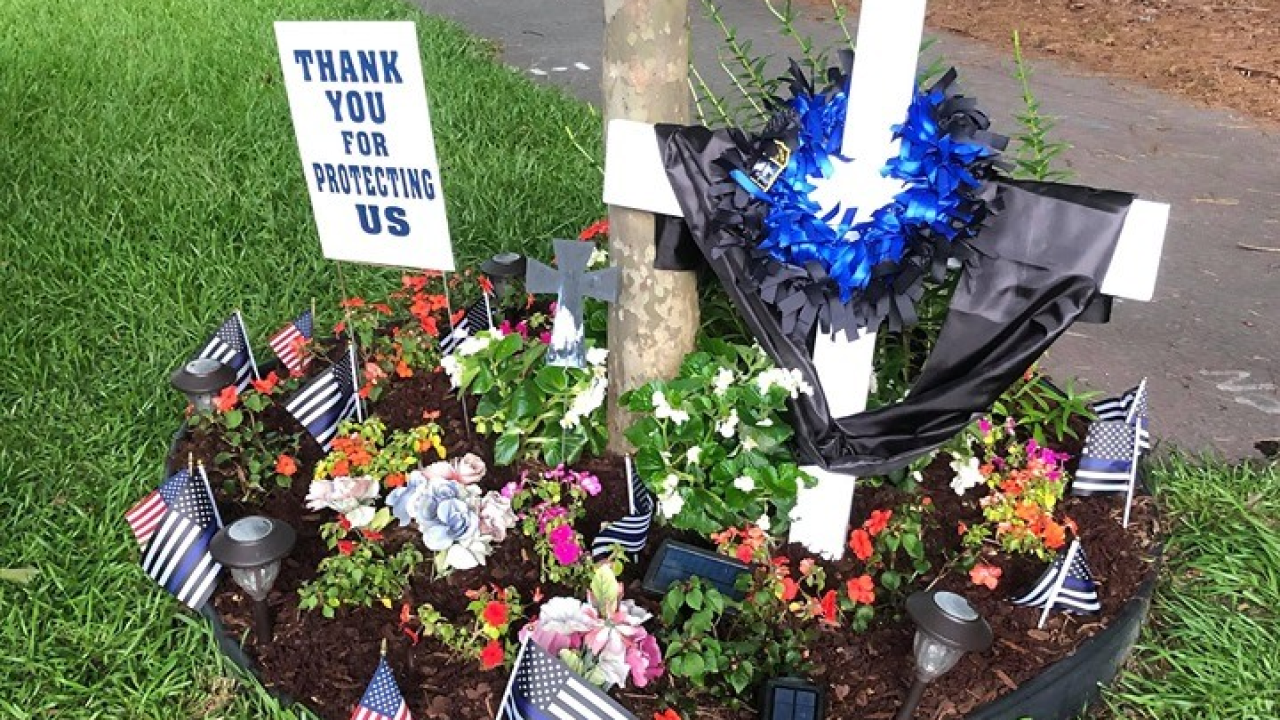 VIRGINIA BEACH, Va. - "It is very upsetting to hear a memorial piece torn apart; people that are very angry... I just can't put it into words," said Gina Boyle.

Boyle is Officer Rodney Pocceschi's sister. She told News 3 Monday she was struck with sadness after hearing her brother's roadside memorial was vandalized on Father's Day. The fallen officers son found the damage.

"He wanted to protect and serve his community, and he wanted to make a difference in the community he worked in," said Boyle.

17 years ago, on June 23, 2003, the 33-year-old Virginia Beach Police officer was killed in the line of duty on Dam Neck Road during a shootout that began at a traffic stop.

"I can't imagine what was going on in his heart at the time," said Virginia Beach resident Rose Chandler.

Chandler and her friend, Maria J, couldn't stomach knowing Pocceschi's only son found the memorial disturbed on Father's Day, so they decided to step up and beautify the area.

"Rose said she didn't want the memorial site to look like that on his end-of-watch day," said Maria J.

The two women, along with other community members and Virginia Beach Police, planted fresh flowers and put down flags and a new cross to honor the fallen officer.

"It is important for us to show his family and friends and other police officers that we support them and we wanted to honor his memory," said Maria J.

Pocceschi's family says they are thankful for the efforts to repair a site that holds the memory of a man who wanted nothing more than to protect and serve.

"Those who unselfishly sacrifice themselves in the name of justice should always be remembered," said Boyle. "He was a good brother, father, husband and dedicated police officer who loved his job."