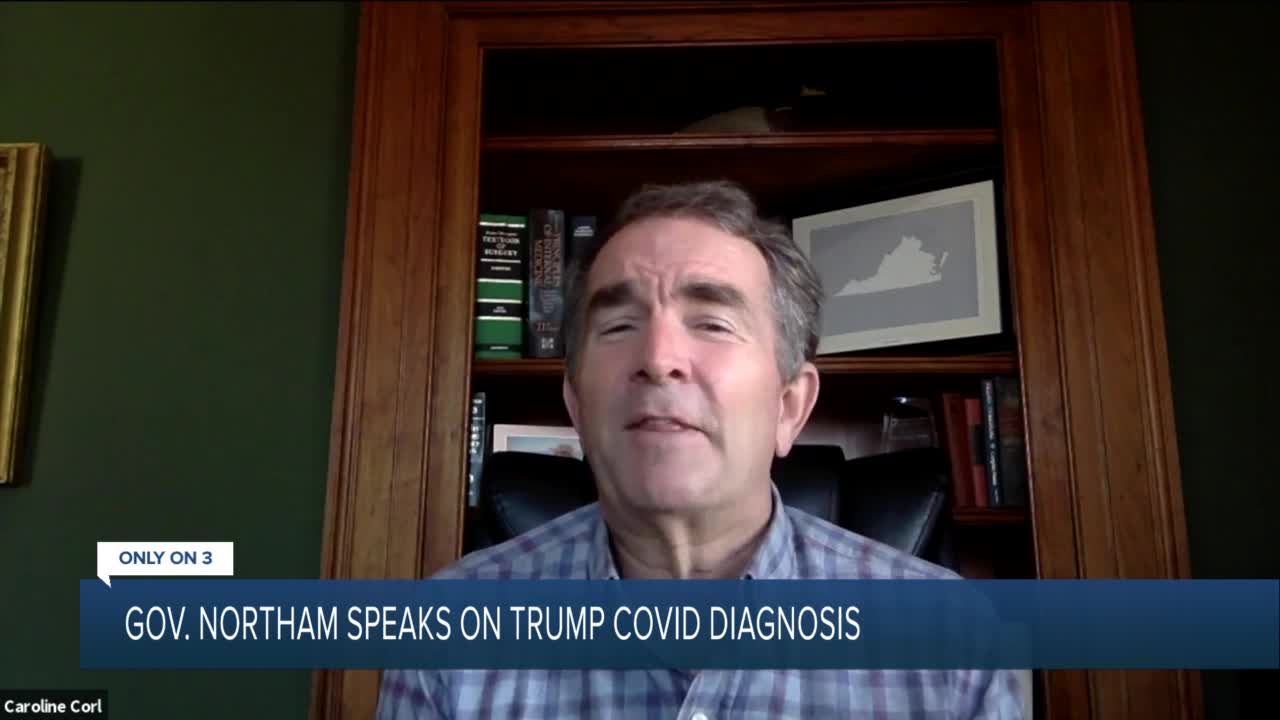 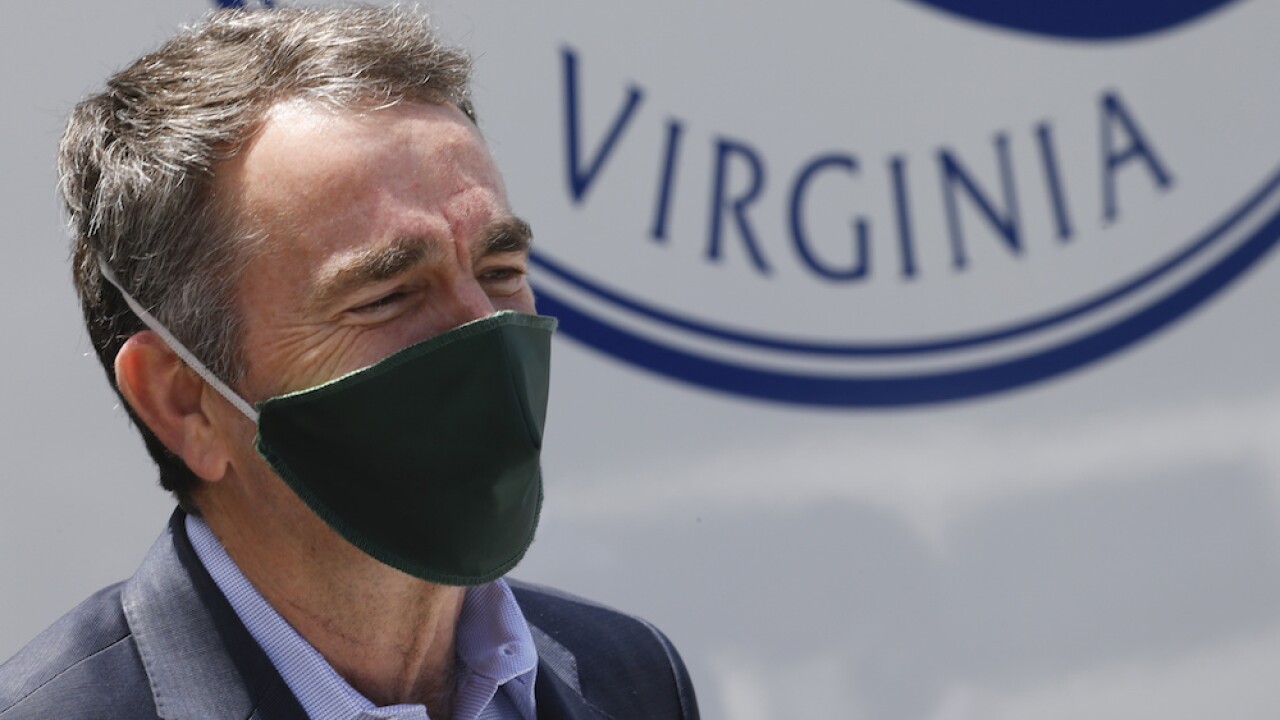 RICHMOND, Va. – Governor Ralph Northam spoke to News 3 Anchor Barbara Ciara on Tuesday and provided the latest updates on his health since the news of his COVID-19 diagnosis.

On Monday, Northam shared an update with Virginians via social media on his and the first lady's status.

Northam said he and his wife are continuing to make progress; however, the governor said he has developed mild cold-like symptoms. He said he has lost his sense of smell, but added that they are doing well.

Northam thanked Virginians again for their well wishes and says he continues to work daily.

Pearl and I are back with another update. Over the weekend, I developed some mild cold-like symptoms, but I am feeling good and continue to do the work of the Commonwealth.@FirstLadyVA and I are grateful to everyone for continuing to take #COVID19 seriously––let's keep it up. pic.twitter.com/4ev1X1uKkl

Barbara asked the governor to explain his reaction to how President Donald Trump has handled his COVID-19 diagnosis after telling Americans not to worry too much about it.

"Barbara, that's just the wrong message that this country needs to hear. This virus is serious; it's very contagious," Gov. Northam said. "You know, we've seen over 210,000 Americans lose their lives; 7 million have been affected by COVID. Just a total lack of empathy, Barbara, coming from Washington and my heart goes out to these individuals that have lost their lives, their family members. My heart goes out to people that have been impacted."

After the diagnosis, Northam explained how contact tracers have been working to figure out who may have been in close contact with him and his wife.

"The following morning, Barbara, they spoke with both Pam and me and also our staff members, and we counted up close to 65 individuals we had been in close contact with over the past few days prior to the diagnosis, and we've done a good job on the tracing and I think one of the things that is very telling of how we've handled this in Virginia, Barbara, is that none of those 65 people has tested positive," the governor explained.

Barbara also asked the governor what he thinks Virginians can learn from his and the first lady's experience.

"Well, [a] couple of things that they can learn, they can take my word that this is serious - it's nothing to play with. And then they can also take forward the message that wearing makes washing our hands keeping social distance. These things work," he said.

On September 23, they were notified that a member of the governor’s official residence staff, who works closely within the couple’s living quarters had developed symptoms and had tested positive for COVID-19.

Gov. Northam's staff tells News 3 that he is following standard public health guidelines for a person with a positive COVID-19 test who is not immunocompromised and has mild, not severe, illness.

The Virginia Department of Health recommends that a person with COVID-19 be released from isolation based on a “time-based” or “symptom-based” strategy. A helpful VDH infographic can be found at this link.

For a person who never experiences symptoms, the time-based strategy is recommended. In this strategy, if a person tests positive for COVID-19, never had any symptoms, and is directed to care for themselves at home, the person can be released from isolation if:

The symptom-based strategy allows the person with symptoms who is caring for themselves at home to be released from isolation after these 3 things have happened:

The Governor will continue to work closely with the Commissioner of Health and the local health department to monitor his symptoms, per the strategies outlined above.