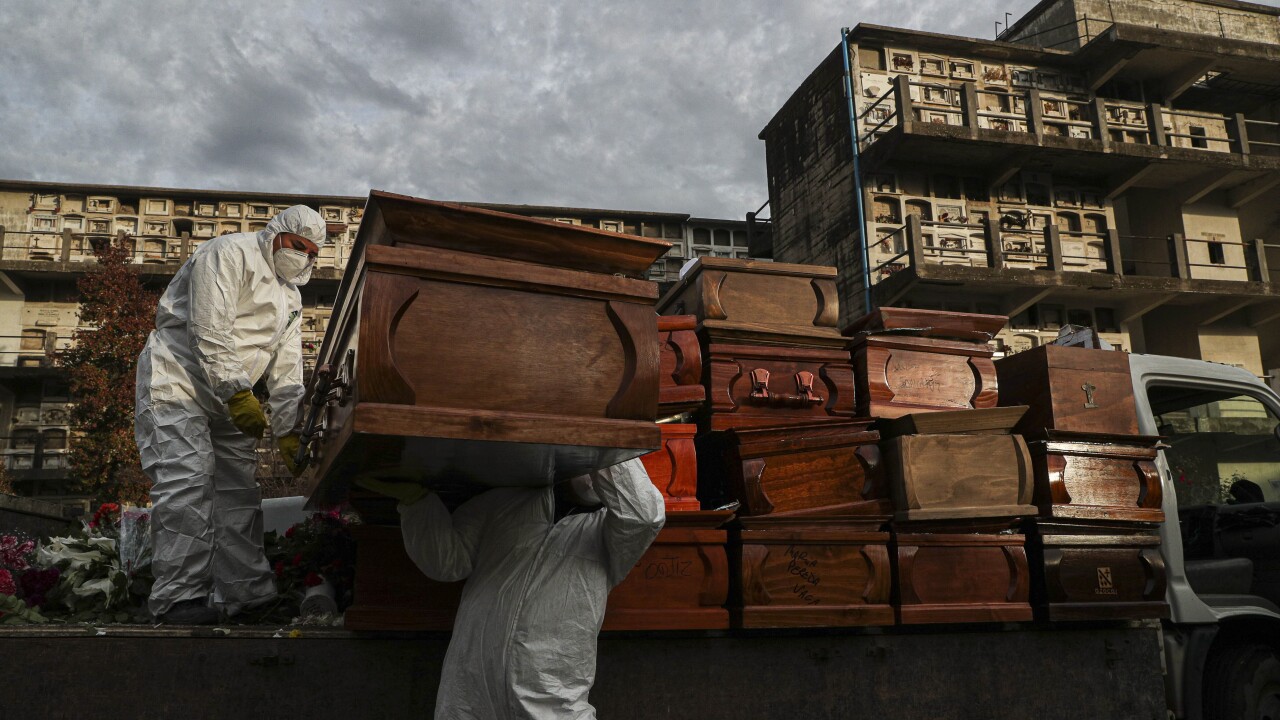 Esteban Felix/AP
Workers collect and stack the coffins of people that have been recently cremated amid the new coronavirus pandemic, at the La Recoleta cemetery in Santiago, Chile, Sunday, June 28, 2020. The coffins are collected, destroyed, and processed by a company specialized in organic waste. (AP Photo/Esteban Felix)

Another tragic milestone was passed Sunday in the coronavirus pandemic: 500,000 deaths worldwide.

The true death toll from the virus, which first emerged in China late last year, is widely believed to be significantly higher. Experts say that especially early on, many victims died of COVID-19 without being tested for it.