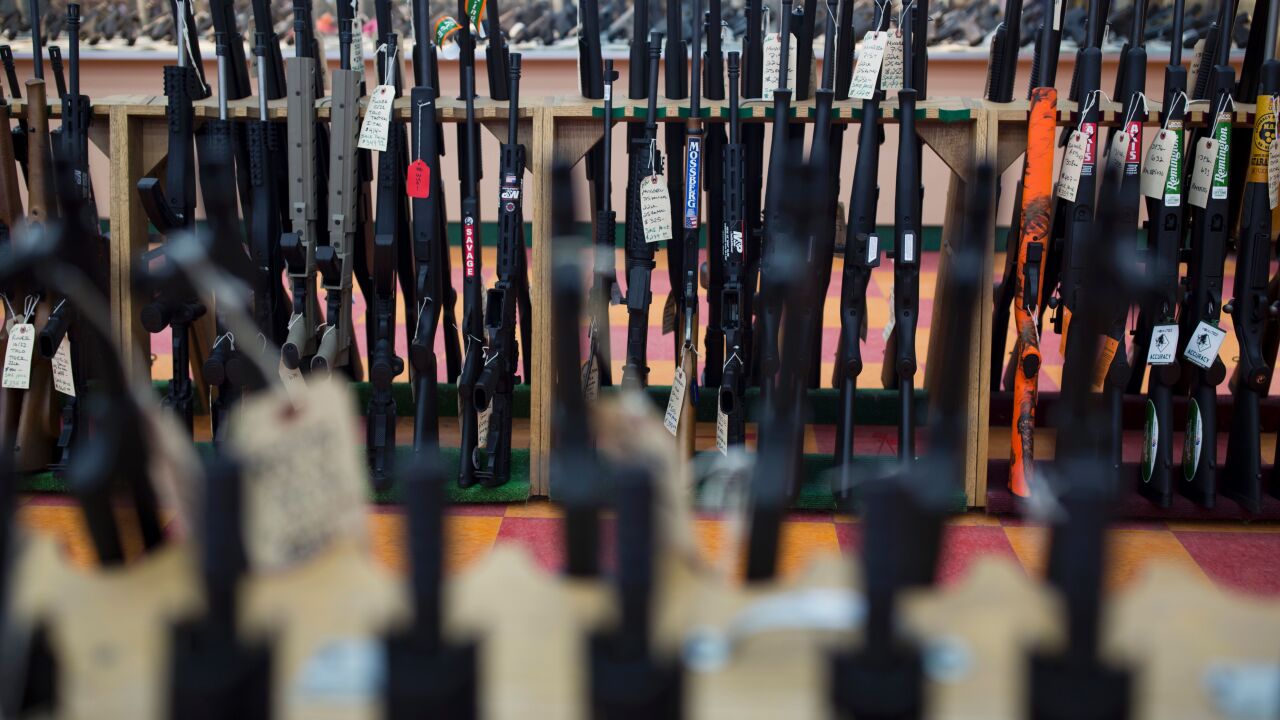 Rifles are for sale at a gun shop in Merrimack, New Hampshire, on November 5, 2016. According to the proprietor, October’s sales in his store were double that of 2015, with customers expressing anxiety about the November election. / AFP / DOMINICK REUTER (Photo credit should read DOMINICK REUTER/AFP/Getty Images)

NEWPORT NEWS, Va. - In a meeting Tuesday night, members of the Newport News City Council voted to approve an ordinance prohibiting the open possession of firearms and ammunition in city buildings, facilities and parks.

The ordinance was passed with a vote of 6-1 and will be in effect starting Tuesday, July 14.

It also prohibits the carrying or transportation of these items "on any public street, road, alley or sidewalk or public right-of-way or any other place of whatever nature that is open to the public and is being used for a City sponsored event."

According to the council's agenda item summary, the ordinance "would not apply to duly authorized law enforcement officers, authorized military personnel in the performance of their local or authority any City the or employed guards security duties, lawful by governmental entity created or controlled by the City in the performance of their lawful duties, or to the lawful possession of a concealed handgun pursuant to a valid concealed handgun permit."

Anyone who violates the ordinance is subject to a civil penalty of $500.

Click here to read the ordinance and the city code provisions pertaining to firearms.