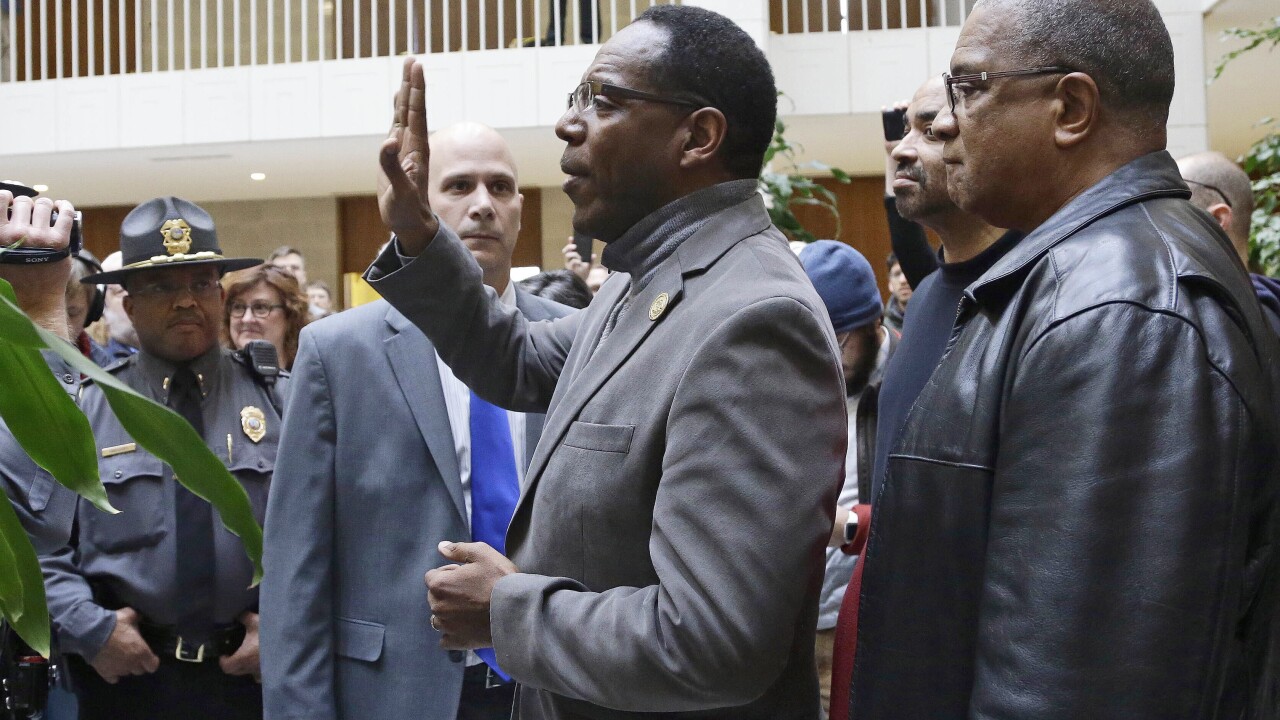 Gerry Broome/AP
FILE- In this Dec. 15, 2019 file photo, Rev. Curtis Gatewood, with the North Carolina chapter of the NAACP, raises a hand as he is confronted by General Assembly police at a demonstration during a special session of the North Carolina Legislature in Raleigh, N.C. Jazmyne Childs is suing the national NAACP group and her ex-supervisor, the Rev. Curtis Gatewood, according to a lawsuit filed Monday, Feb. 3, 2020. She is seeking at least $15 million for her emotional and mental distress that she says civil rights organization condoned through its inaction.  (AP Photo/Gerry Broome, File) 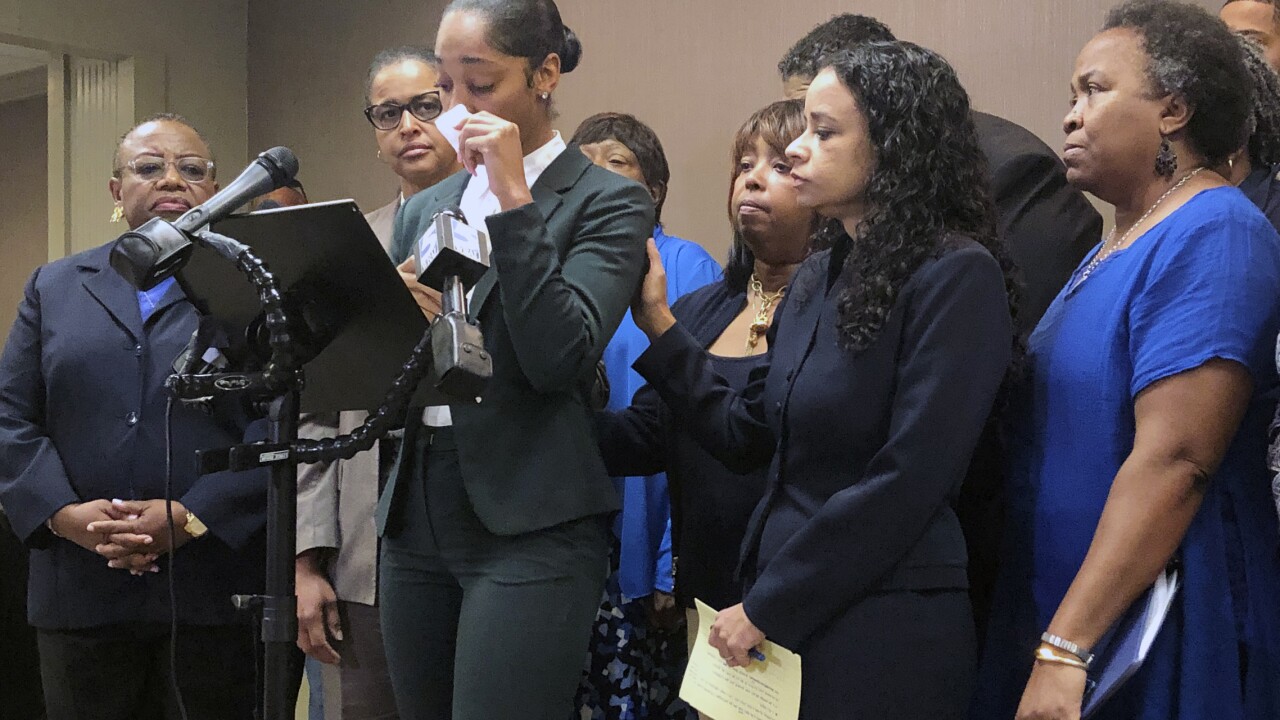 A woman who repeatedly told the national NAACP that her supervisor in the North Carolina conference had sexually harassed is suing the national group and the ex-supervisor.

In a lawsuit filed Monday, Jazmyne Childs is seeking at least $15 million for her emotional and mental distress that she says civil rights organization condoned through its inaction.

The lawsuit also names the Rev. Curtis Gatewood, who was her supervisor when she worked at the state conference office in Durham in 2017.

The NAACP suspended Gatewood's membership after Childs held a news conference in September. The Associated Press emailed NAACP officials and Gatewood for comment.