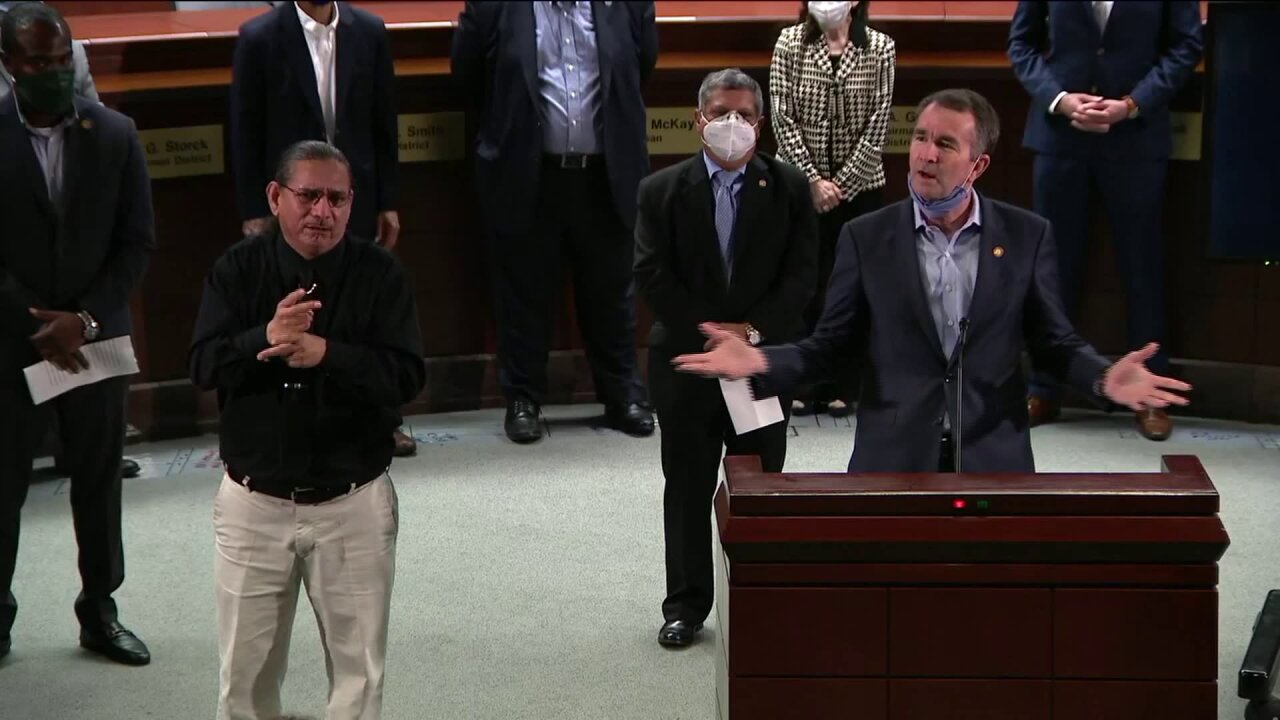 HAMPTON ROADS, Va. -- Virginia Gov. Ralph Northam stated on Thursday during his COVID-19 press briefing that Latinos make up a majority of COVID-19 cases in the Commonwealth.

"Latino people, these are interesting numbers. [They] make up 45.3% of the cases for which we have demographics," Northam explained, "and 35% of hospitalizations."

The Virginia Department of Health shows 19,437 cases out of 56,793 cases statewide on its website as of Friday. Whites come in second with 11,813 cases, according to the VDH.

The governor's statement confirmed what Luis Cortes had guessed when the pandemic started. Cortes is the owner of La Selecta Radio, a Spanish-language radio station broadcasting in Hampton Roads and Northeast North Carolina.

"We knew that we were going to be the most impacted community in Virginia and all across the nation," Cortes told News 3.

"I'm glad he [Northam] spoke on it and started an initiative," Cortes said.

The governor said guidelines and information are being translated into Spanish. The same information is also being shared over Spanish-speaking media, Northam said, but Cortes rebutted that statement, saying his office has not reached out to La Selecta Radio.

As for Cortez, he said he, local non-profit organizations, health centers and the VDH have set up free COVID-19 testing sites for the local Latino community. These testing sites have also included giveaways of food, masks, clothes and essential items such as toilet paper, sanitizing products, masks, among other items. He said he has seen the impact has had on the local Latino community.

"We actually did a construction worker in Chesapeake. When we did a test, he came real sick - showed up, had symptoms, almost nearly passing out," Cortes said, recalling a situation at one of the testing locations. "It turned out he was positive."

As to how the numbers got so high, Northam said one factor is the jobs Latinos mainly do, such as construction. Cortes added another reason.

"We're close-knit, so we live with multiple families in one household," he said. "That's how we've always grown up."

Now, Cortes said he is trying to make sure more Latinos get tested. He said a challenge has been when COVID-19 testings are done, usually during the week when Cortes said Latinos are mostly working. He said he sets up his testing sites on the weekends.

"We've been able to do these events on weekends and that's where we get the majority of turnouts of Latino communities coming out to get tested," Cortes said. "That's what I keep telling everyone: Do not do it on the weekdays because for the Latino community, you're not going to get the turnout that you want."

In the meantime, he said he is planning more testing sites for the near future.