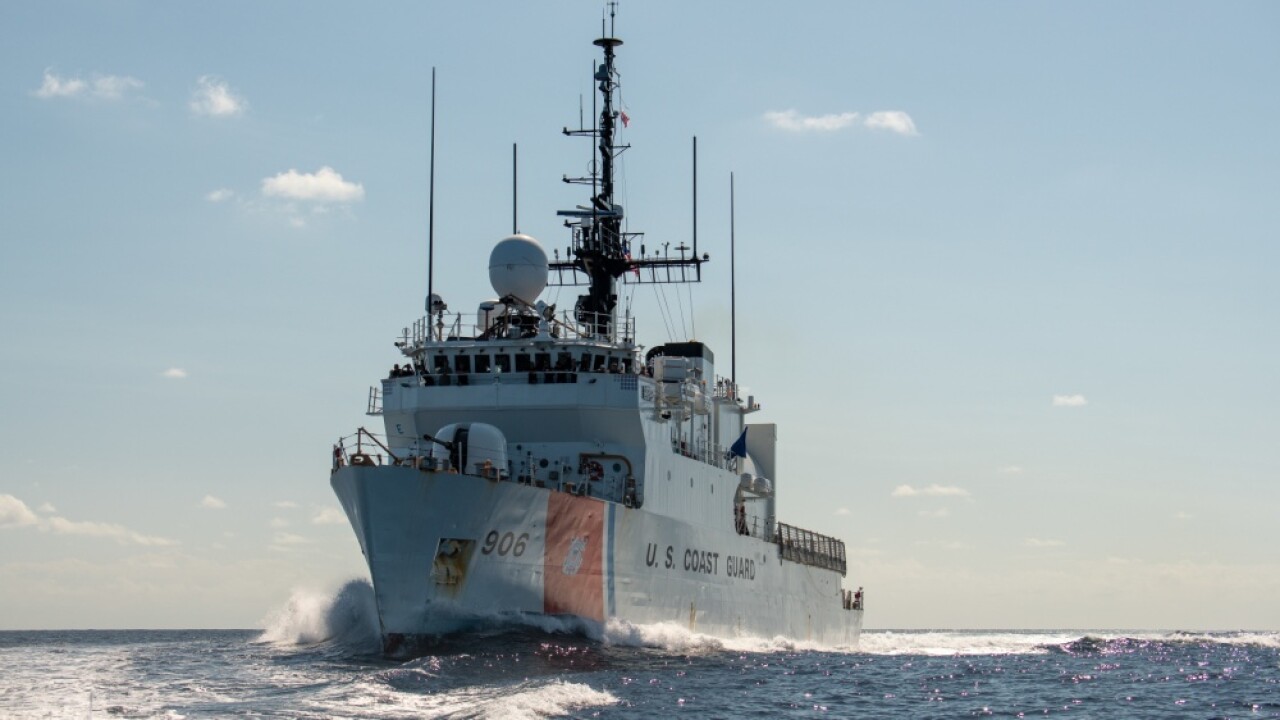 U.S. Coast Guard Cutter Seneca returns to homeport in Boston following a patrol of the Eastern Pacific Ocean. During the patrol the crew seized $61 million in cocaine and marijuana. (U.S Coast Guard photo)

PORTSMOUTH, Va. - The Coast Guard Cutter Seneca will arrive at its new home at Coast Guard Base Portsmouth on Friday!

The Seneca is a 270-foot Medium Endurance Cutter previously stationed in Boston, Massachusetts.

The Coast Guard said, "The Seneca will continue its missions of homeland security, national defense, fisheries law enforcement, counter drug law enforcement, migrant interdiction, and search and rescue from its new homeport. The cutter supports missions such as protecting and enforcing laws for America's three billion dollar living marine resources economy, as well as deploying in support of Joint Inter-Agency Task Force-South to intercept narcotics in the Caribbean Sea and East Pacific Ocean."

The Seneca has a crew of 100 people and is the sixth of 13 Famous Class Medium Endurance Cutters.

The ship's keel was laid on September 16, 1982 and was formally commissioned into service on May 9, 1987. The ship is named after the original Coast Guard Cutter Seneca, which was commissioned in 1908 and served as one of the first ice patrol cutters, escorted Atlantic convoys during WWI, and enforced prohibition, finishing its commission service in 1936.

The move of the Seneca's homeport is part of a strategy to provide better service to the ships and crews in a centralized location, the Coast Guard said.