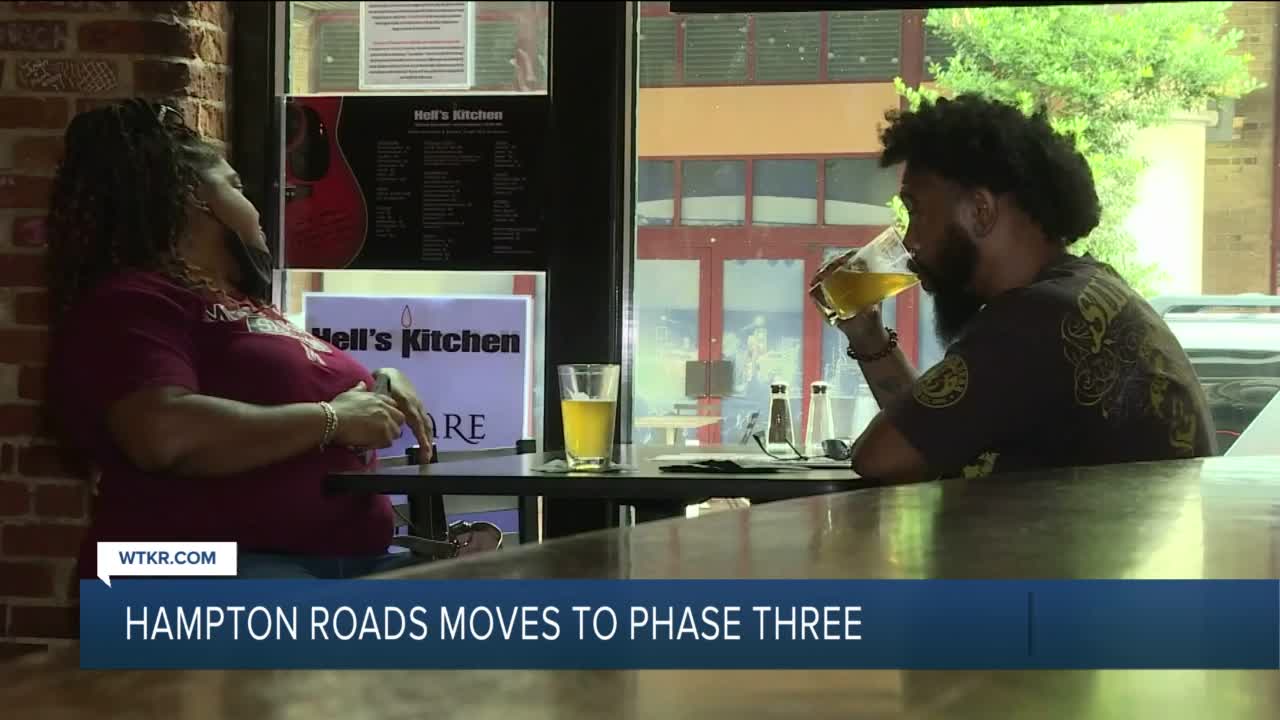 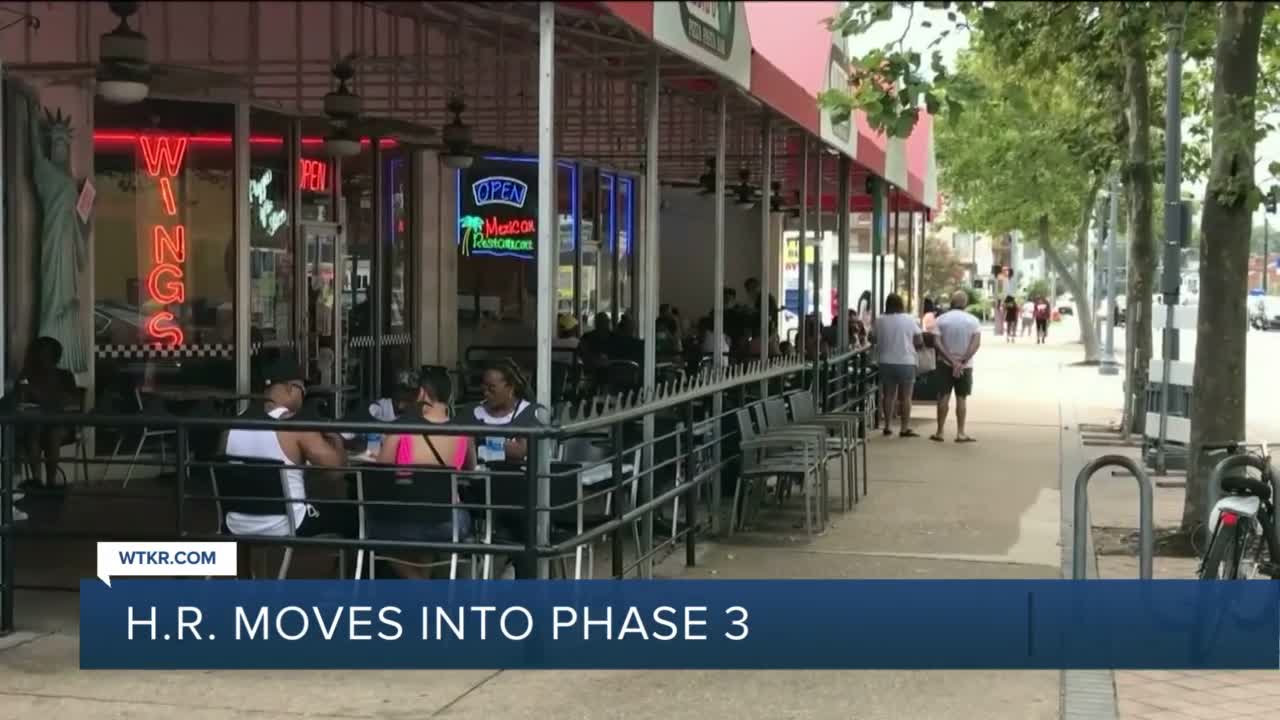 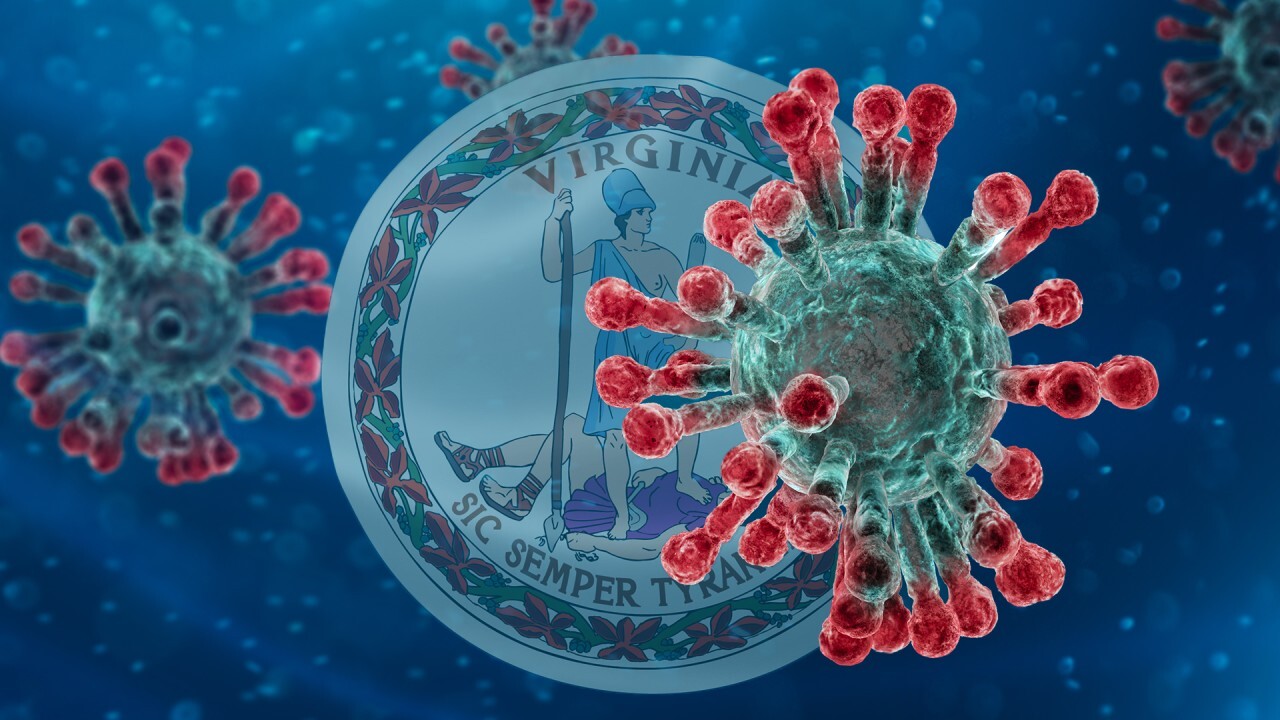 RICHMOND, Va. — Gov. Ralph Northam announced Thursday that due to significantly improved health metrics in the Eastern Region of Virginia, Hampton Roads will join the rest of the Commonwealth in Phase Three of the “Forward Virginia” plan to ease public health restrictions while mitigating the spread of COVID-19.

“Hampton Roads residents, businesses, and health officials have worked together to reduce the spread of COVID-19,” said Gov. Northam. “New cases have dropped by more than half, hospitalizations have declined, and percent positivity has fallen below the statewide average.

The changes go into effect on Friday, September 11. They come days after the Labor Day weekend.

Madison Horacek is a server at Harpoon Larry’s on 24th Street at the Oceanfront in Virginia Beach.

“This is now getting into the off season around the Oceanfront, so hopefully it’ll pick things back up for a little longer and keep summer season going little longer,” Horacek said.

Several restaurants and bars along the Oceanfront were hit hard by the changes put in place six weeks ago.

“It was definitely a little hard,” said Horacek. “It slowed down a little bit. We adjusted to it and made the most out of it and did the best we could.”

Hampton Roads' targeted COVID-19 restrictions went into effect on July 31 and included a ban on gatherings of more than 50 people, a reduction in indoor dining to 50% capacity and a requirement that restaurants close at midnight and stop the sale of alcohol after 10 p.m.

According to the manager at Harpoon Larry’s, the restaurant/bar lost about a third of its alcohol sales.

“For a server, probably half of your sales were lost throughout the night,” Horacek said. “There were some nights where could walk out of the restaurant with $400, and now it went down to about $200.”

As part of Phase Three of reopening, gatherings can be up to 250 people, and there is no longer a capacity limit for restaurants as long as people social distance.

As of September 9, the governor's office says the percent positivity rate for polymerase chain reaction (PCR) tests in the Eastern Region is 6.7% and has been decreasing for 12 days. The number of new COVID-19 cases in the Eastern Region has been decreasing for 46 days. Officials say hospitalizations, including COVID-19 intensive care unit hospitalizations, have been declining for approximately three weeks and the current rate of emergency room admissions is steadily decreasing.

"We cannot let our guard down," said Gov. Northam. "We all must continue practicing social distancing, wearing facial coverings, and following all public health guidelines. If we want to keep moving forward, we must stay vigilant and do the things that we know will keep our communities safe.”

Tony Turner, 20, thinks the governor is making the wrong move.

“More people are going to be less careful,” he said.

“I think we are doing a little better now,” Turner said. “We don’t need to rush into anything. It wouldn’t hurt to be more safe.”

For restaurants like Harpoon Larry’s, they believe now’s the time to level the playing field.

“It kind of wasn’t fair to all parties,” said Horacek. “I understand why it needed to be done and it made sense.”

You can read Executive Order Sixty-Seven and Order of Public Health Emergency Seven in their entirety here.