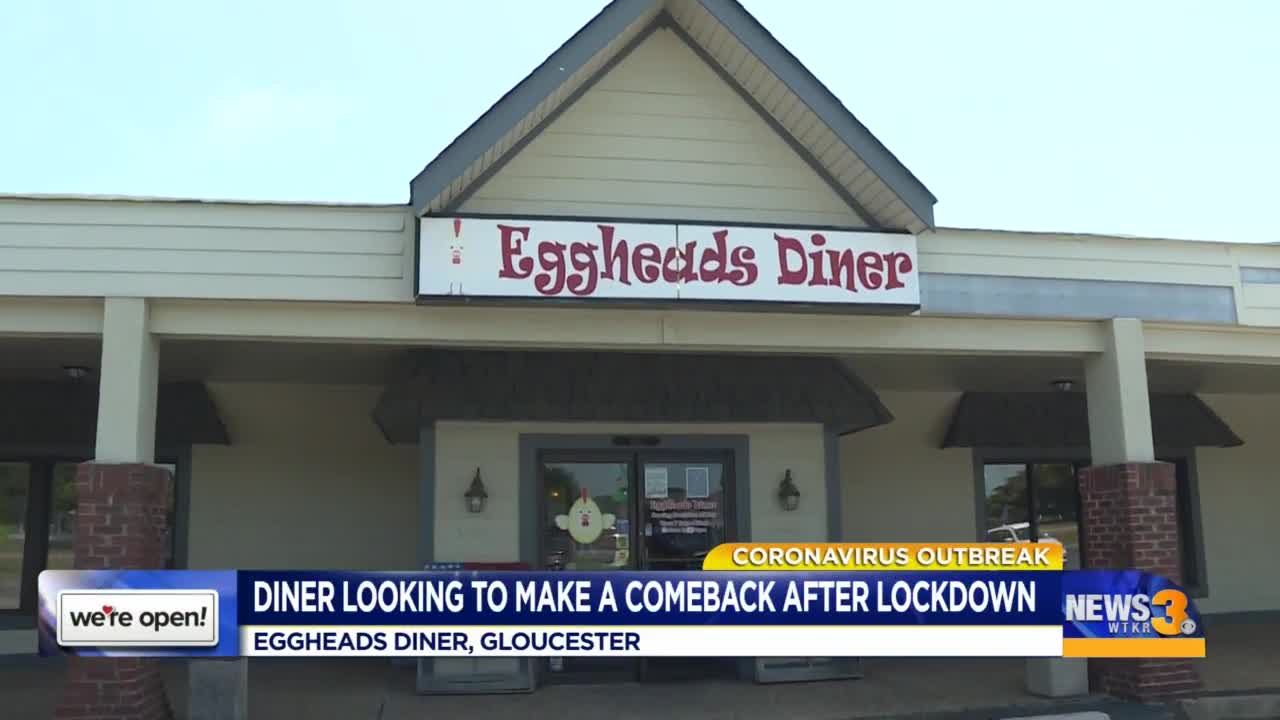 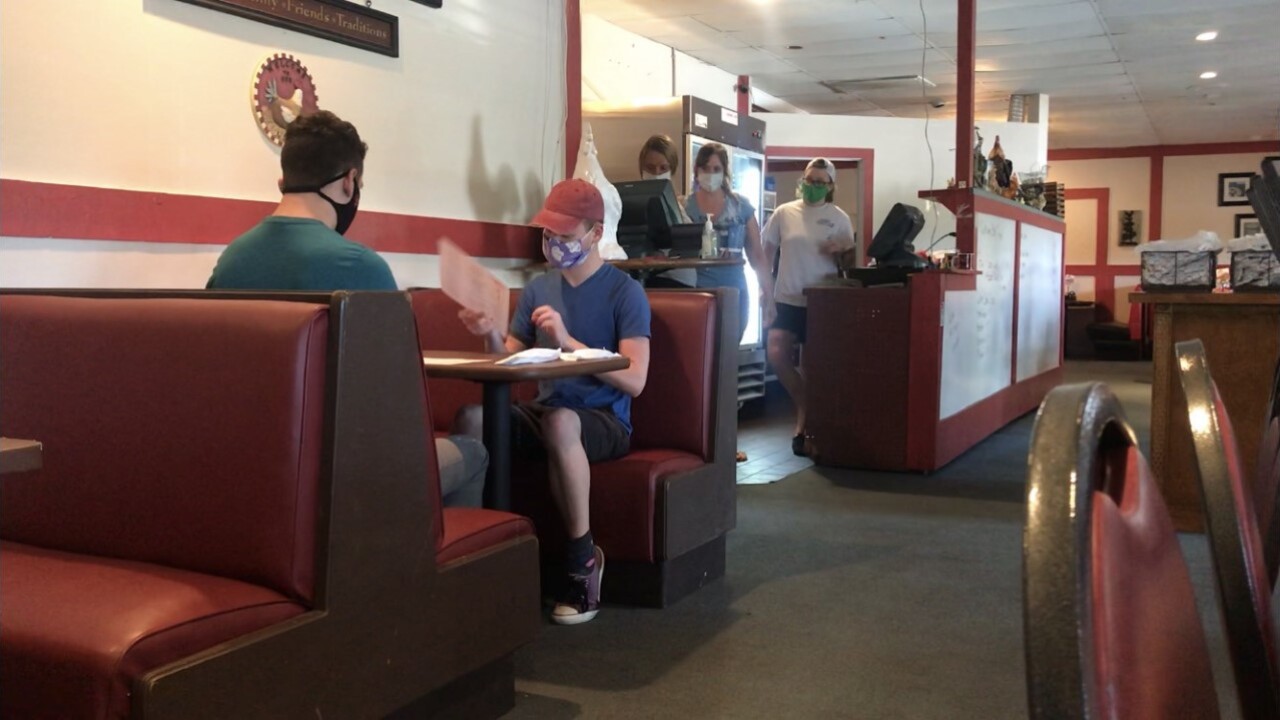 GLOUCESTER, Va. - Eggheads Diner opened its doors again to the public after it was forced to stay shut due to COVID-19. The diner, located in the Gloucester Point Shopping Center along George Washington Memorial Highway, had its reopening on Sunday.

"There was a lot of pressure to open, really,” Amber Cooper, the diner’s owner, told News 3.

Monday was Eggheads Diner’s second day after the reopening. Right now, it's trying to make up for four-months of lost business that the pandemic took away.

“It really did seem like we were never going to reopen. We almost weren't going to reopen on the fifth if we hadn't gone into Phase Three,” she said. “I didn't want to ask my staff to come back and put themselves in harm's way."

It was not as busy on Monday as it was on Sunday, Cooper said. Still, the diner had American-style dishes - such as cheeseburger and fries with seasoned salt for one customer - coming out of the kitchen.

Seeing her regular customers, and some new ones, brought joy to Cooper, she said.

"It was really hard to not be hugging everybody, because that's what we would normally do - is everybody would be hugging,” Cooper said.

Their doors were not entirely closed during the pandemic. News 3 first told you about the diner when Cooper opened her doors on select days to sell essential items that were hard to find at grocery stores.

She said then she wanted to help her neighbors, as those items were harder to come by in this rather rural community. She also participated with other nearby businesses during a giveaway at Hayes Auto Sales.

She was able to provide these items as her commercial supplier was still offering these items to commercial businesses. She said she is not focusing on selling essential items right now because she is focused on the diner.

Cooper explained that not every table at the diner will seat people. That is to maintain the social distancing protocols. She said that after every customer, her wait staff will make sure to wipe down everything so that it is sanitized for the next customer.

"One thing I made sure to do was to contact the health department directly to get all the rules and regulations from the source,” Cooper explained, “to make sure we were doing everything per the protocol."

Now, they are there to stay and hope to rebound.

"It seems like business as usual,” Cooper said. “We're just happy to be here."