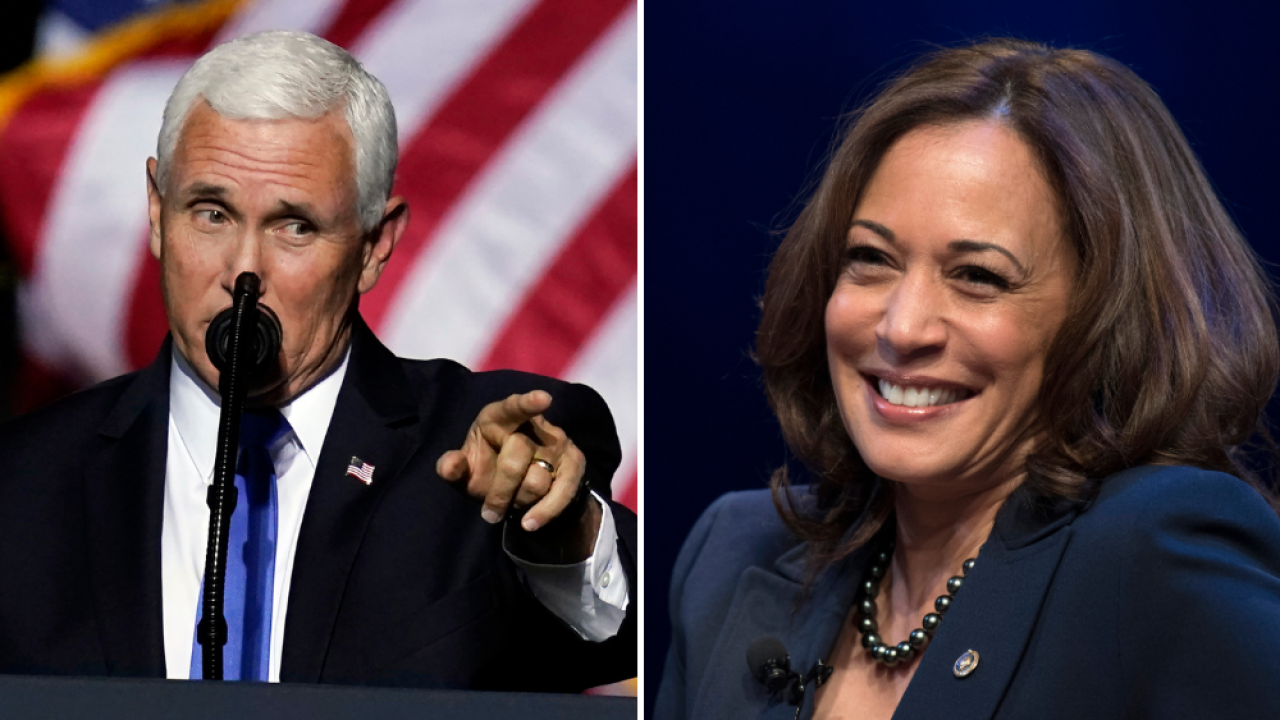 Mike Pence and Kamala Harris will debate in Salt Lake City on Oct. 7, 2020.

As the chaotic 2020 presidential race enters its final stretch, Vice President Mike Pence and Democratic vice presidential nominee Kamala Harris will square off in a debate at 9 p.m. ET on Wednesday in Salt Lake City.

The COVID-19 pandemic will be at the forefront of Wednesday's debate — both literally and figuratively. As the nation seeks more info regarding President Donald Trump's health amid his COVID-19 infection, both Pence and Harris have agreed to allow debate officials to install plexiglass shields next to their podiums.

The Associated Press reports that both Harris and Pence tested negative for the virus on Tuesday morning.

The 2020 VP debate will likely hold more important than in years past, given the ages of Trump and his opponent, former Vice President Joe Biden. Trump, 74, was the oldest candidate ever to be elected president in 2016, and Biden, 77, is three years older than Trump. Amid a global pandemic, voters may be taking a keen interest in each administration's chain of command.

The Trump campaign is banking on a strong performance from Pence amid slumping poll numbers. An average of national polls shows Biden leading Trump by about nine percentage points, and a recent CNN poll released this week showed that 57% of likely voters favored Biden, compared to just 41% for Trump.

Wednesday may also mark the last debate for at least a few weeks. There are two more presidential debates scheduled between now and Nov. 3, but Trump's COVID-19 diagnosis has put the status of the second debate — currently scheduled for a week from Thursday — in doubt. Trump says he still plans to participate, but Biden has said the debate should not take place if the president is still infected with the virus due to safety concerns.