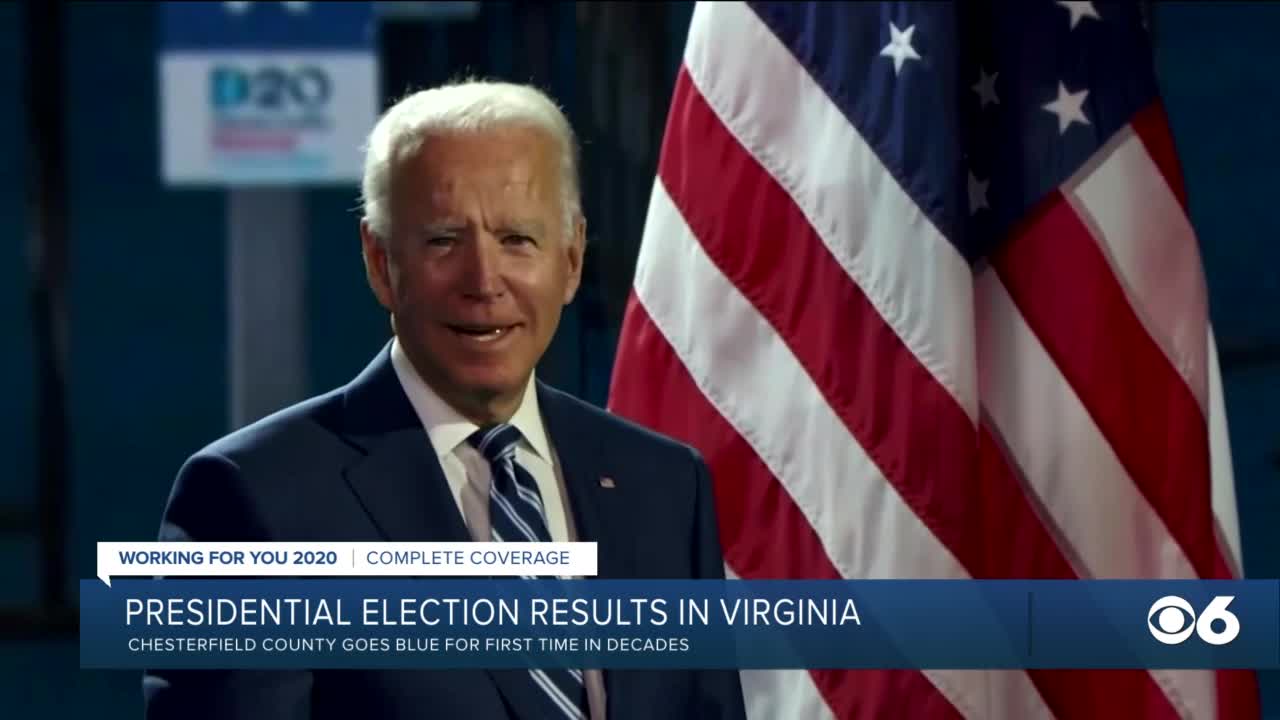 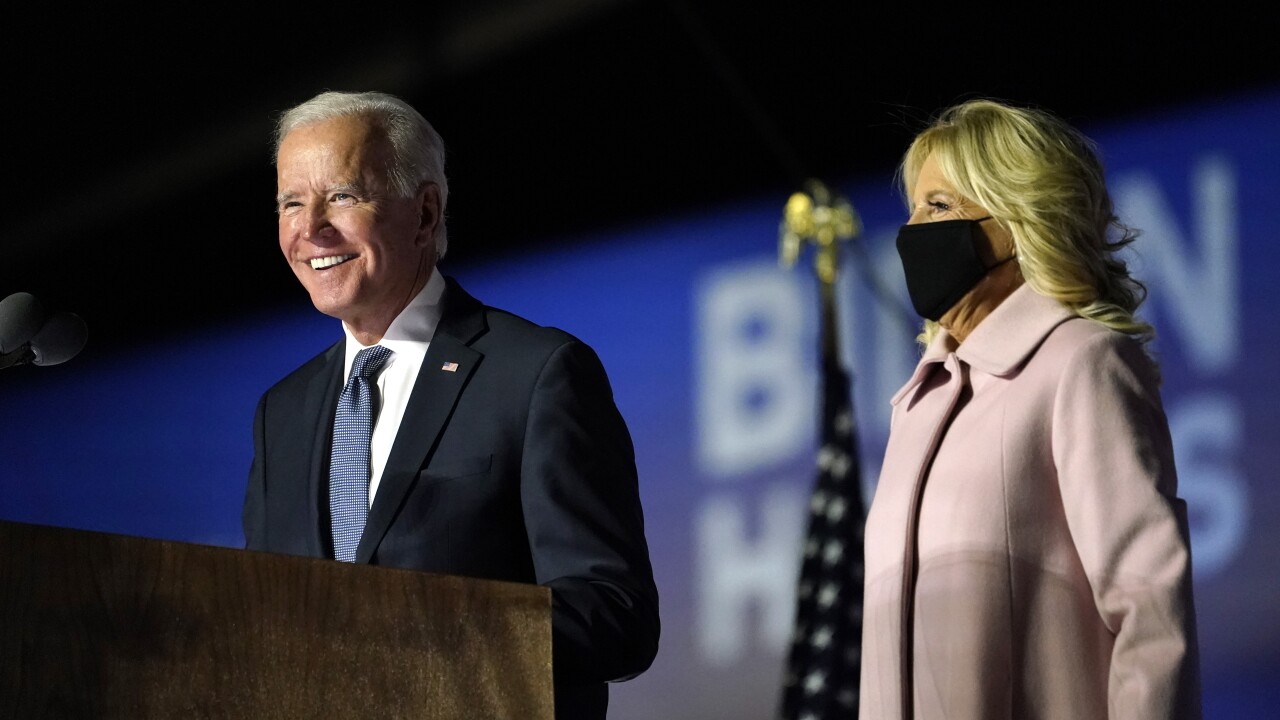 CHESTERFIELD COUNTY, Va. -- An influx of Democratic voters in Chesterfield helped former Vice President Joe Biden carry the county that was once considered a Republican stronghold.

Biden secured more than 51% of the votes while President Donald Trump won about 46 percent on Tuesday.

A Democrat hasn’t carried the county located just south of Richmond since President Harry Truman in 1948.

“We had a lot of folks that came out in 2016 asking how can I get involved and they never stopped,” said Chesterfield County Democratic Committee Chairwoman Sara Gaborik.

“That was a giant wake up call,” she explained “We have a strong blue county and we are going to keep this going.”

Approximately 76% of registered voters in Chesterfield showed up at the polls in 2020.

“I think what we are seeing in Chesterfield is more people moving into our county who are more diverse and who are feeling like their voices can be heard. We’ve given them that opportunity,” Gaborik stated. "We had so many people making calls, dropping literature, doing everything they can to ensure we had the turnout we had in Chesterfield."

At 5:45 p.m Wednesday, Rep. Abigail Spanberger declared victory in the 7th District race as results from Spotsylvania County and Henrico County were finalized.

"Tonight, the Seventh District affirmed its commitment to leadership in Congress that puts Central Virginia first, works for everyone, and focuses on expanding opportunity for the next generation of Virginians. Serving the Seventh District in Congress has been my honor, and I look forward to continuing our work to strengthen and protect our communities,” the Democrat said in a statement.

Spanberger secured 54% of the vote in Chesterfield while her Republican challenger Del. Nick Freitas won about 44 percent of the total.

“We’ve already started talking about the General Assembly next year,” Gaborik stated. “We have to keep this momentum going. As we’ve been able to show when Democrats win big changes happen.”

However, the Chesterfield County Republican Committee said in a statement that Republicans still have solid support including a majority of the county’s Board of Supervisors and Sheriff.

“In the House of Delegates Republicans occupy several seats as well, and we are extremely proud of Carrie Coyner, Lee Ware, Roxann Robinson, and Kirk Cox for the work they do every day for Chesterfield,” according to a statement. “The Chesterfield County Republican Committee will continue to seek out and promote candidates who are committed to lower taxes, family values, support for veterans and law enforcement, personal liberty and protecting our inalienable rights under the US Constitution.”

CBS 6 asked the committee if they would have done anything differently to help sway the results.

“Maybe we should have put our Trump signs in concrete so they couldn't be stolen so easily. But regardless of the final results of 2020, whichever way they go, we are extremely proud of the work of all our campaigns, and we are excited about next 2021 when Chesterfield Republicans will help take back our Governor's mansion,” committee Vice Chair Jerry Baldwin said.