Older voters breaking for Biden may spell trouble for Trump

A Pew Research poll finds that older Americans favor Joe Biden ahead of the 2020 election — a demographic that President Donald Trump won handily in 2016. 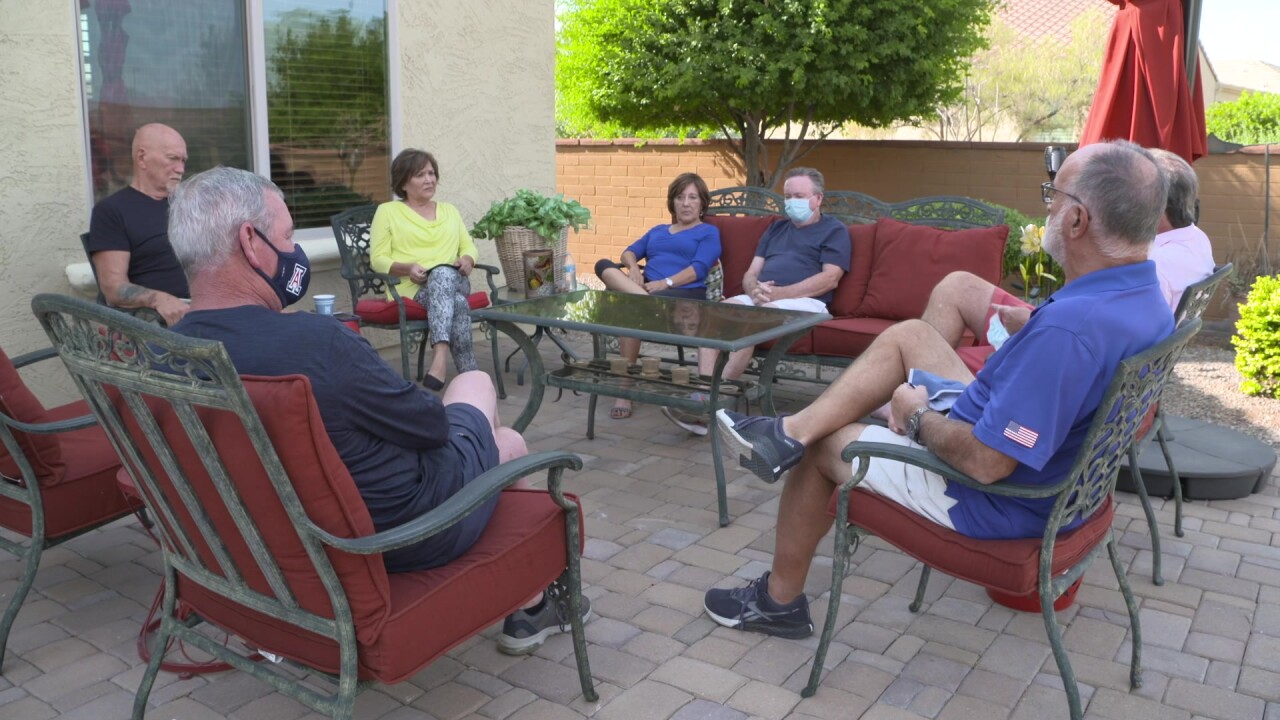 BUCKEYE, Ariz. — There aren't many counties in America that are more important to the 2020 election than Maricopa County, Arizona.

More than 4 million people live in the county, which encompasses Phoenix, compared to 7 million in the entire state of Arizona. Maricopa County is also home to several "over 55 communities," designed to attract retirees from all over the country.

Older voters have traditionally been a reliable voting block for conservatives. In 2016, according to a Pew analysis, 53% of voters 65 and older voted for President Donald Trump, compared to 44% for Hillary Clinton.

This year, however, polls are showing a much closer race.

A poll conducted by the AARP found Biden is actually winning the demographic in 2020, 49% to 47%.

WHAT MATTERS TO OLDER VOTERS

Richard Westermann is one of those voters that has Democrats feeling optimistic about retirees.

Westermann voted for Trump in 2016, but will vote for Joe Biden this year. He says he's basing his vote on healthcare.

"Pre-existing conditions — I would have said at 25 years old, 'whatever.' At sixty-eight, let me tell you what..." Westermann said.

Why are Democrats in places like Arizona feeling optimistic? Voters like Richard Westermann in Maricopa County. He voted for Trump in 2016 but is voting for Biden in 2020. Pre-existing conditions is an issue that matters to him. As he says "shit happens" pic.twitter.com/djw6Zl09yD

But there are new Trump voters in Maricopa County as well.

Marty Paulson voted for Gary Johnson in 2016. He'll be voting for Trump this year because he believes his 401K is in better hands with the President.

"Trump has done a tremendous job internationally and with the economy," Paulson said.

But the 2020 election will likely be determined by undecided voters like John Fallon.

"In my opinion, this time, there is no choice. Neither one are capable or good enough for the country," Fallon said.

COVID-19 and the economy remain top of mind for voters in this area, as older Americans have been hit particularly hard by the pandemic.

"It's such a horrible model to set for our children," said Rosanna Gallagher, a Biden supporter.