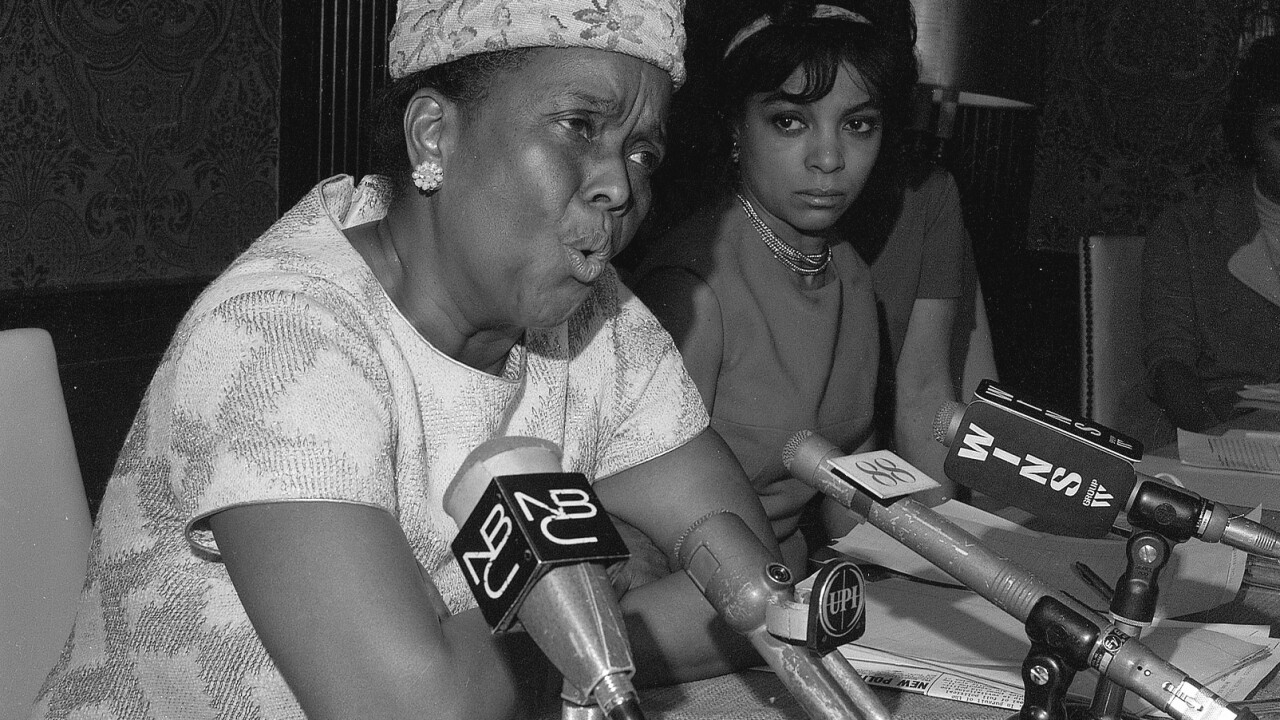 Ella Baker was an influential leader during the Civil Rights Movement.

Many consider Baker to be the backbone of the movement. She worked alongside some of the most influential leaders of this time such as, W.E.B. DuBois, A. Philip Randolph, Thurgood Marshall, and Dr. Martin Luther King Jr.

Ella Baker was born on December 13,1903 in Norfolk, but was raised in North Carolina.

Baker's passion for social justice and equality fueled from her grandmother's experiences during slavery.

Baker graduated from Shaw University's class of 1927 as valedictorian.

After graduating, Baker moved to New York City and joined the Young Negreos Cooperative League, where members pooled together their funds to get better deals. Baker then served as the organization's National Director.

Baker became the NAACP's secretary, recruiting new members to join the organization. Soon after, she became NAACP's National Director of Branches in 1943.

Biography reports, Baker clashed with King and several other male leaders of the organization before leaving in 1960.

Four students of North Carolina A&T University sparked the national sit-in movement when they refused to leave after being denied service at Woolsworth's in Greensboro, North Carolina.

The sit-in sparked a movement and led Baker to form the first meeting of the Student Nonviolent Coordinating Committee.

SNCC became an important organization of the civil rights movement because it gave many young blacks a voice at the time, with emphasis on the importance of voting rights for African Americans.

"Fundi," a Swhali word, was Baker's nickname, meaning a person who passes down their craft to the next generation.