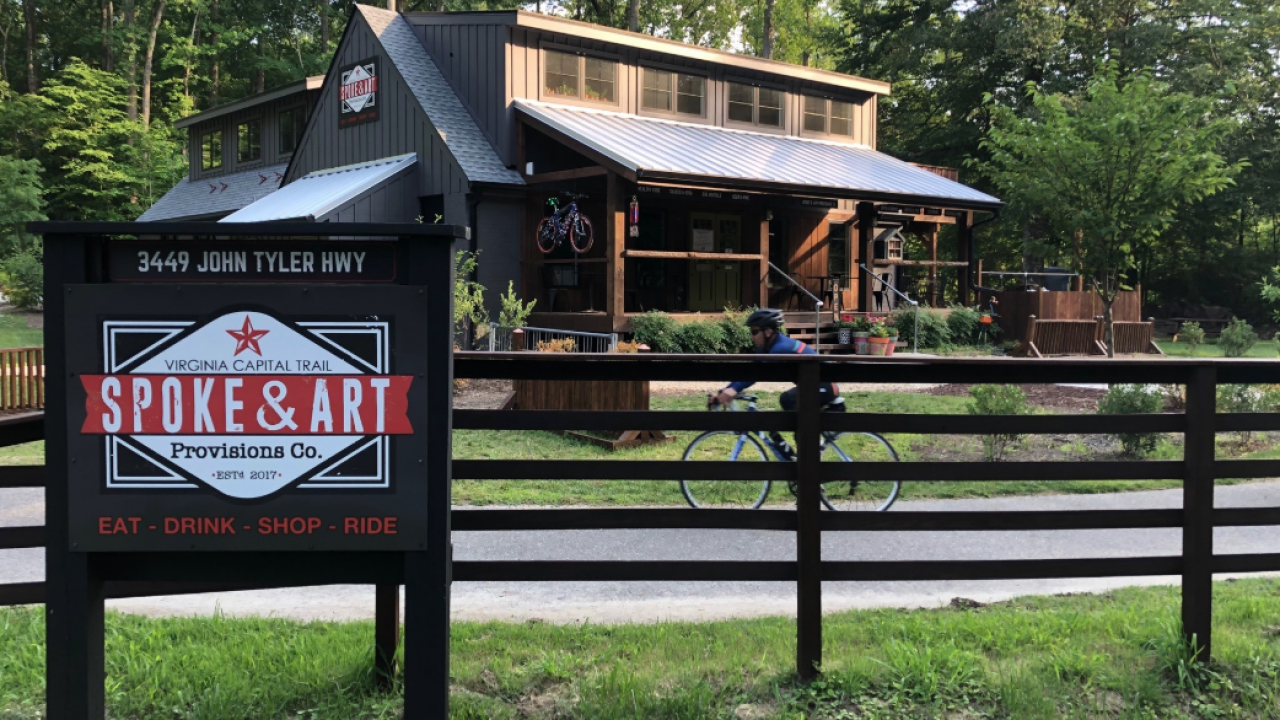 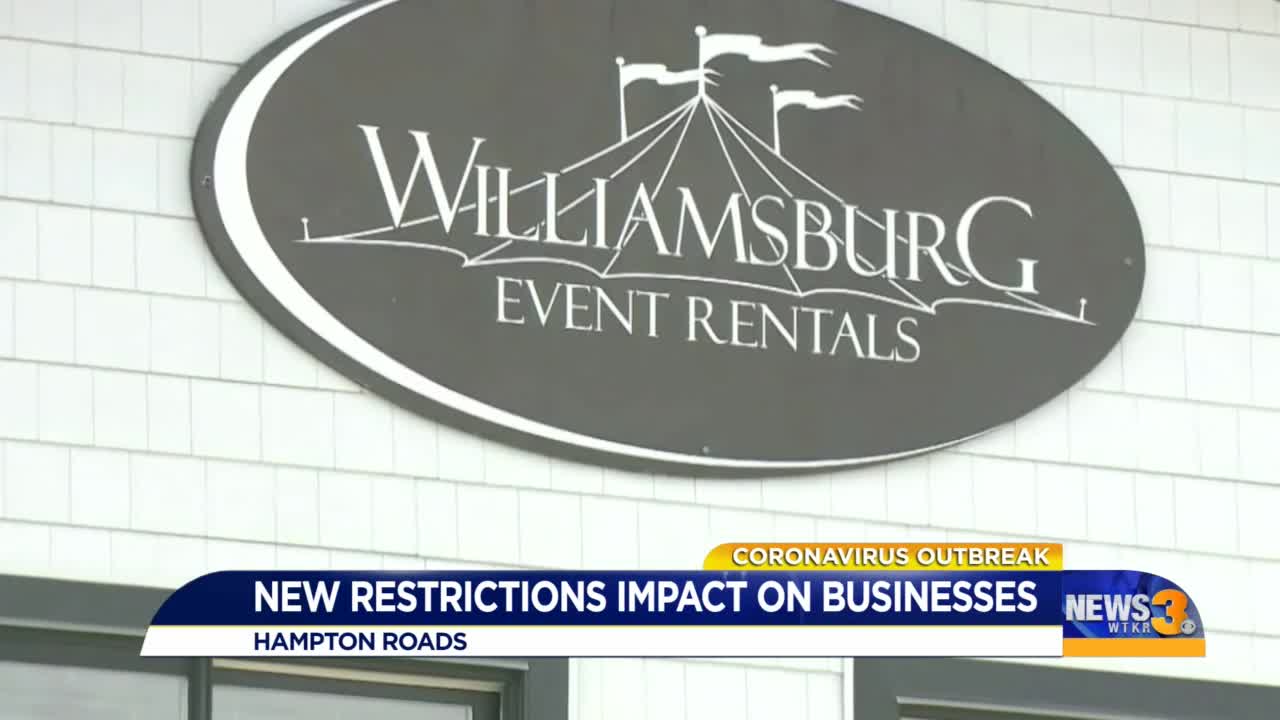 WILLIAMSBURG, Va. - Stephen Rose has been in the event business for almost 25 years. He said his business is about 90% down compared to last year.

Rose was driving to Atlanta to pick up an Airstream he purchased. He said the plan was to host weddings in open fields with plenty of space to social distance and the trailer would be used as the bride’s suite.

“Trying to generate some income and just trying to think outside the box,” said Rose.

He issued an executive order that will begin Friday, July 31 at midnight. Alcohol will be prohibited to be sold or consumed on site after 10 p.m., and all restaurants must close by midnight, effectively closing bars late night in Hampton Roads.

Local indoor dining will now be at 50% capacity, this includes breweries, distilleries and wineries.

Northam also said gatherings of more than 50 people will be prohibited, including parties indoors and outdoors.

Overall, the percent of positive COVID-19 cases locally is 10.8% positive. It ranges from 9.9-18.6% positive across Hampton Roads areas.

The rest of Virginia, not including Hampton Roads is at 6% positivity, Northam said Tuesday.

Northam said this is largely due to increased socialization with non-household members like barbecues and birthday parties.

Rose said he understands why the governor made decision, but it is a setback for his efforts to try and generate profits in the wedding venue planes.

He said the pandemic has been devastating to those in the event business.

“The whole industry in the event world been crushed by this at all levels,” said Rose, “that affects a huge amount of the economy.” He said many of the big events get a lot of media attention, however there are all kinds of smaller events that are being canceled."

He also owns Spoke and Art, a café in Williamsburg. The business caters to people on the 52-mile Virginia Capital Trail. Patrons can pull over and fill up their bike with air or use the bathrooms that are always open.

“A lot of people are using the trail and outdoors for exercise and getting out so that's good. It's been helping the business there,” said Rose.

The trail runs from Richmond to James City County.

“I take every day one day time at this point because things change very rapidly,” said Rose.

The Governor said he will likely reevaluate the restrictions in two or three weeks when they examine the latest number of COVID-19 cases.