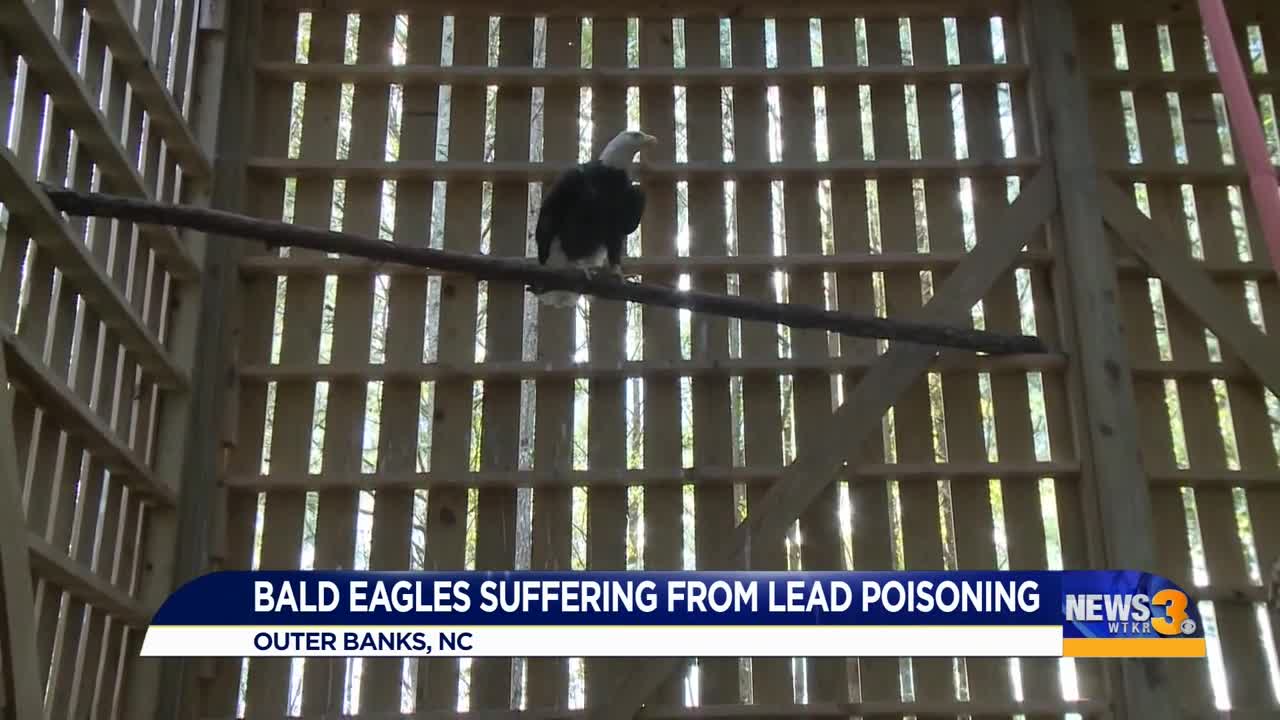 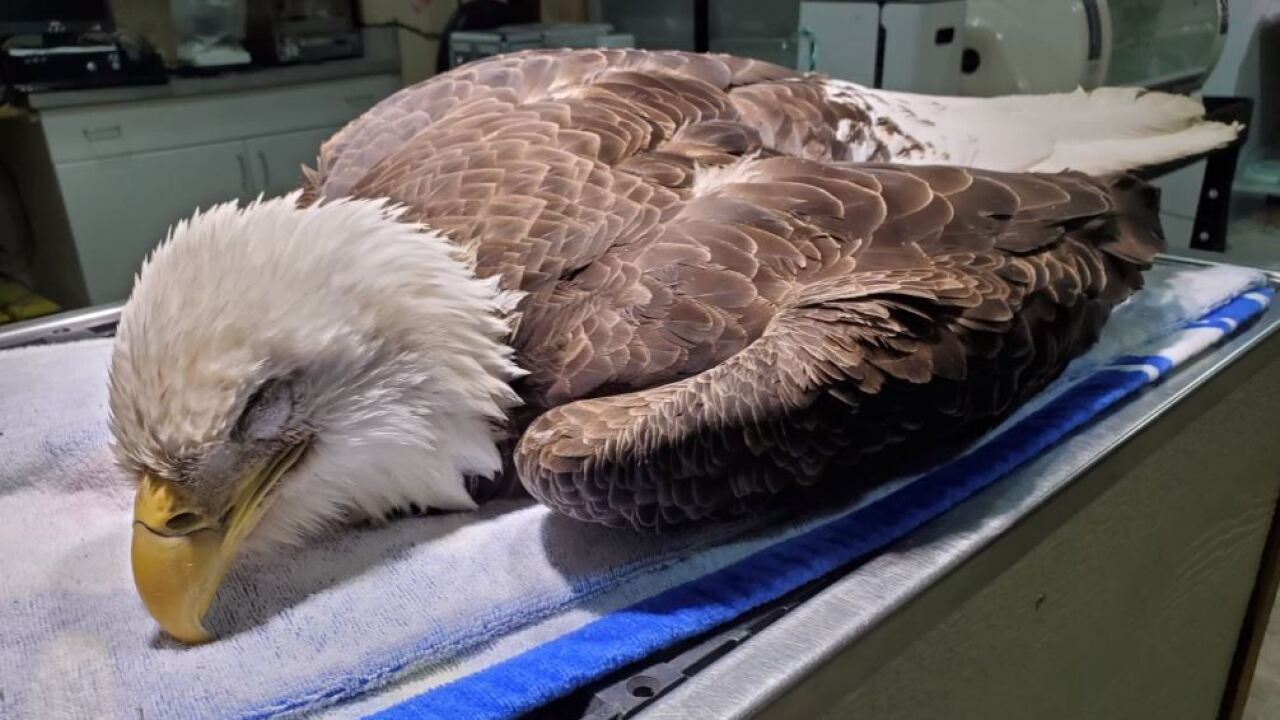 CAMDEN Co., N.C.— The American symbol for freedom is fighting for its life.

The eagles aren’t being shot, but they’re consuming lead from other dead animals that have been shot.

A male eagle found in Camden County on Sunday was weak, dehydrated and had lead poisoning. Lou Browning with Hatteras Island Wildlife Rehabilitation says 70 to 80% of the eagles they treat have high levels of lead in their system, and the effects are devastating.

"The bird is lethargic, it’s limp, it may have vision problems, staggering, legs not working correctly," he explained.

This year alone, Brown say there have been nine cases of eagles found with lead poisoning in northeastern North Carolina, and the numbers are growing.

“If birds don’t show improvement, if they start showing other signs that there has been so much damage to their system, then ethically you need to put them out of their misery,” Browning said.

Browning says hunters are to blame for this heavy metal showing up in the birds' systems.

“They’re getting most of the lead from scavenging deer carcasses and other carcasses that have been shot and left in the woods," he said.

He says lead bullets used to kill game are killing these symbols of strength and freedom.

“The bullets quite often fragment, and when they do, these tiny particles of lead scatter through a certain distance of the meat.”

Now, he’s calling on hunters to make a small change that could have a big impact.

“The most direct thing would be to switch to copper bullets instead of lead," he said.