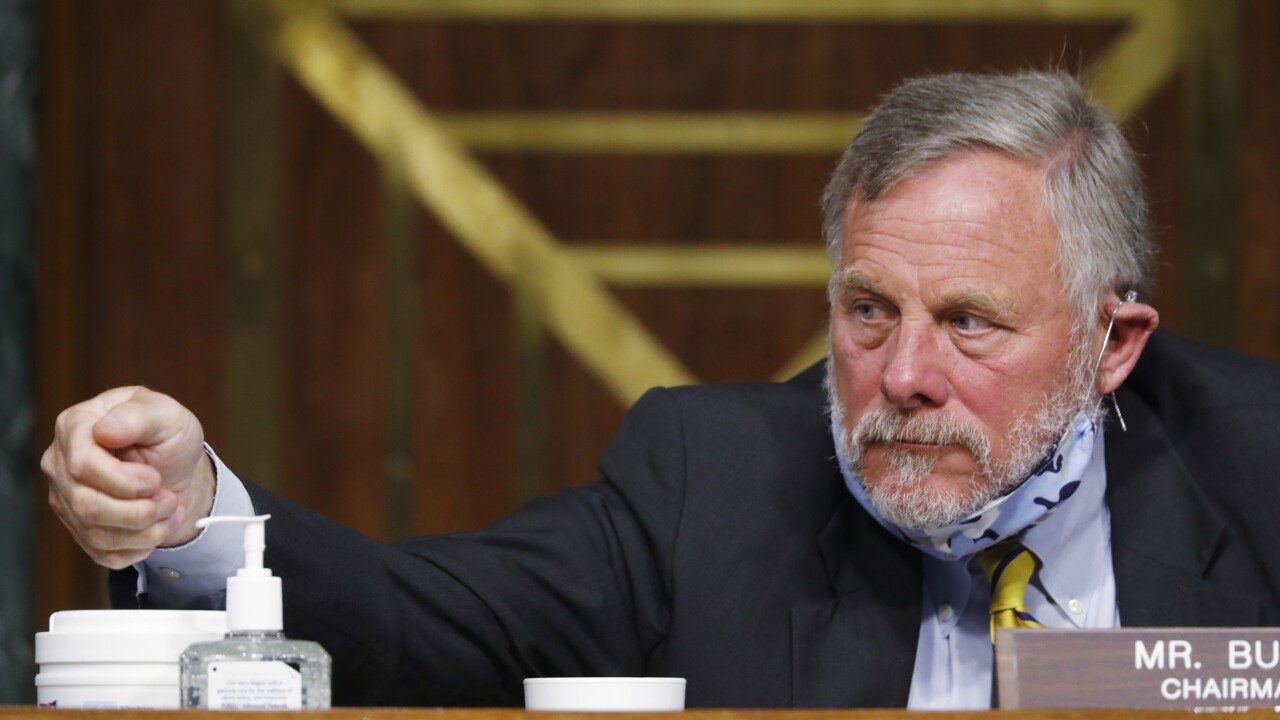 WASHINGTON - Federal agents seized a cellphone belonging to North Carolina Sen. Richard Burr Wednesday night as part of the U.S. Department of Justice's investigation into controversial stock trades he made when the coronavirus first hit the United States, a law enforcement official told the L.A. Times.

The L.A. Times reports that Burr, who is the chairman of the Senate Intelligence Committee, turned over his phone to agents after they served him a search warrant at his home in the Washington area, the anonymous law enforcement official said.

According to the publication, "the seizure represents a significant escalation in the investigation into whether Burr violated a law preventing members of Congress from trading on insider information they have gleaned from their official work."

The L.A. Times says Burr "sold a significant percentage of his stock portfolio in 33 different transactions on Feb. 13, just as his committee was receiving daily coronavirus briefings and a week before the stock market declined sharply. Much of the stock was invested in businesses that in subsequent weeks were hit hard by the plunging market."

He and other senators reportedly received briefings from U.S. public health officials before the stock sales.

Spokespeople for the FBI and the Justice Department did not return phone messages from the L.A. Times seeking comment, nor did a spokeswoman for Burr.

The stock trades, which totaled between $628,000 and $1.72 milllion, were first reported by ProPublica.