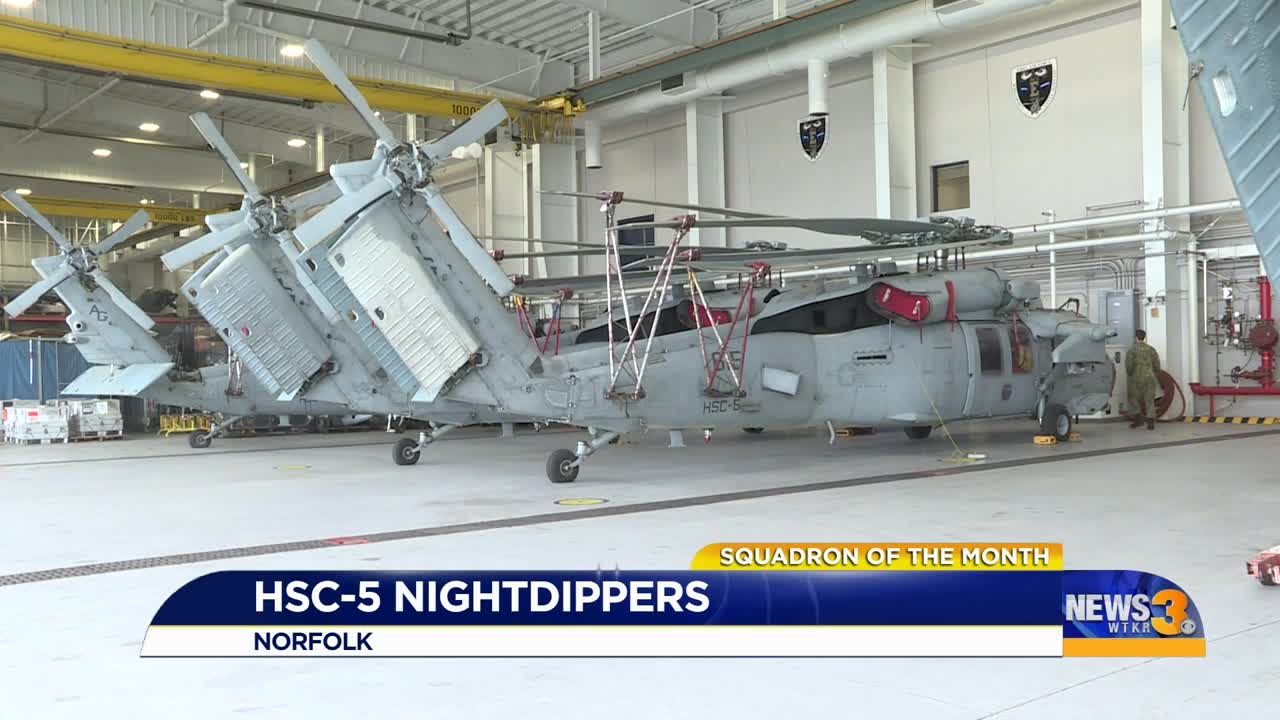 The Nightdippers returned home to Naval Station Norfolk in January after serving nearly ten months on deployment about the USS Abraham Lincoln (CVN 72).

While deployed, HSC-5 aided in missions to support friendly forces in Afghanistan and Syria. The Abraham Lincoln Carrier Strike Group destroyed enemy targets and fighting positions to help ground forces in their efforts.

They also spent time in the South China Sea while conducting flight operations.

Congratulations to our February 2020 Squadron of the Month; the HSC-5 Nightdippers!