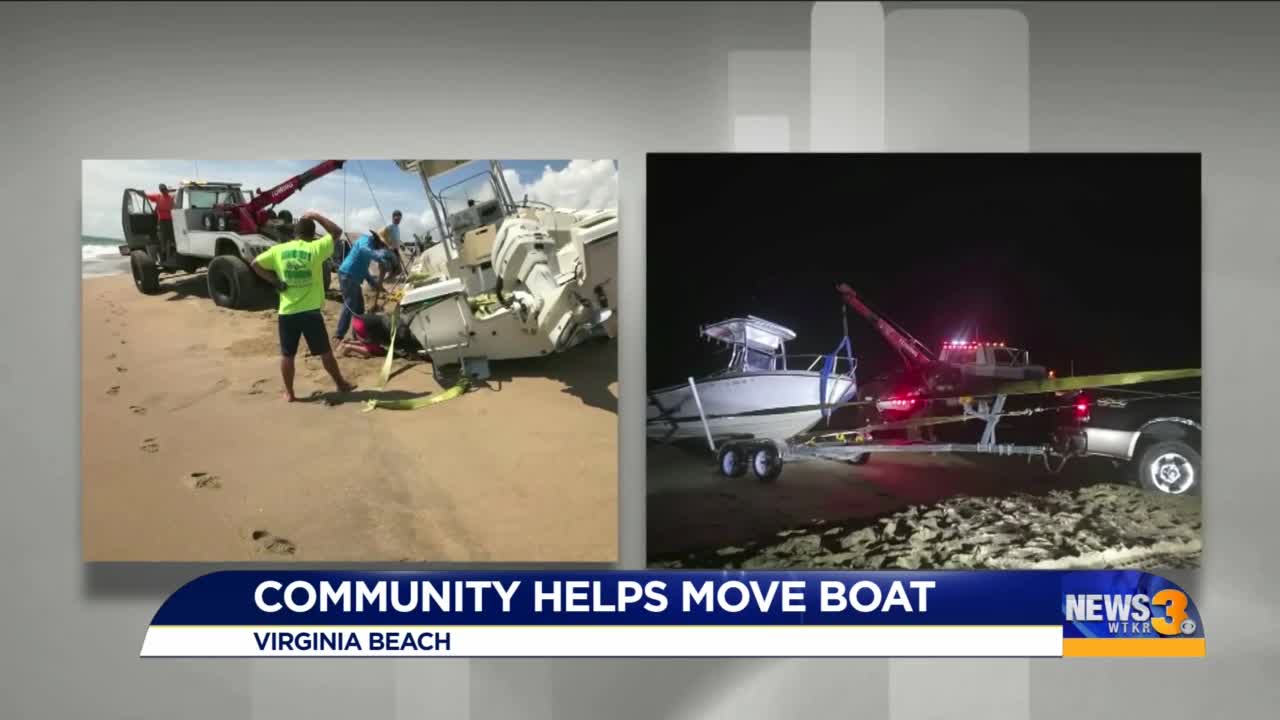 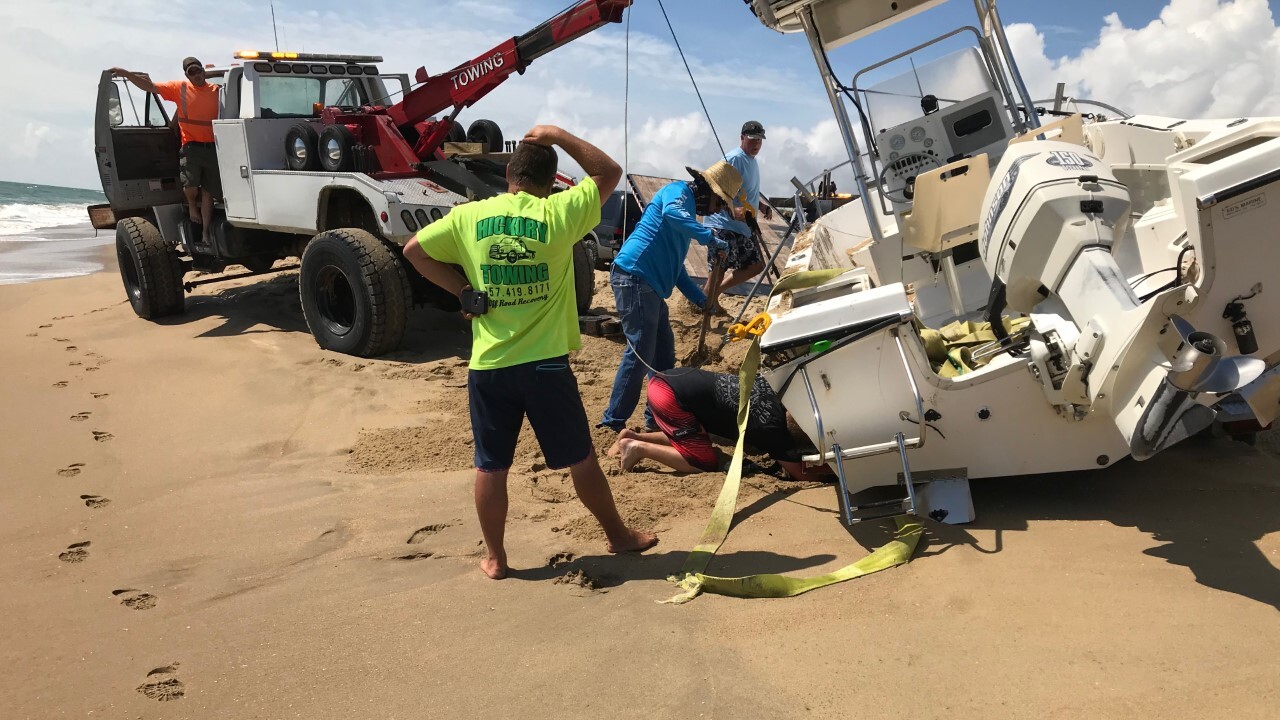 CHESAPEAKE, Va. -- It was supposed to be a relaxing fishing trip for Pete Pedraza, a boater from Chesterfield. He spent his July 4 weekend out on the ocean off Virginia Beach, but distress soon hit.

Pedraza’s boat stopped working and as he was on the phone trying to diagnose the problem, the anchor line snapped. The boat then floated on the water until it washed up on shore.

"I had no idea; I just thought it was a section of beach,” Pedraza told News 3.

What Pedraza did not know was his boat actually washed up onto Dam Neck Naval Annex. He then realized he was on the naval base.

“I was really surprised when the armed guards came with the flashing lights,” Pedraza said.

He was told to get the boat off the base or face fines. Pedraza said he got a towing quote for roughly $10,000 from one towing company, but the rate was out of his budget.

Pedraza instead went on a Facebook group for local fishing enthusiasts and wrote a post, saying the boat was free to anyone who could tow it.

"And they said, 'Look, you can't give your boat away. We're going to help,” Pedraza said.

Matt Cilento, owner of Hickory Towing in Chesapeake, was ready to help after one of his drivers saw Pedraza's plea.

"He said that he had seen on a Facebook forum that he's part of a fishing group in Virginia Beach,” Cilento explained, “that a boat had run ashore on Damn Neck Base."

"I was on vacation at the time in the Outer Banks so I came back a day early from my vacation,” Cilento explained, “to get with my drivers to formulate a plan to get on the base."

The same group started a GoFundMe, which saved Pedraza any out-of-pocket expenses. They worked day and night from July 5-8.

"I was speechless. I thought I was going to lose my boat right there,” Pedraza said.

The boat is now sitting at Hickory Towing’s yard. The boat’s hull has a major split due to sand and waves hitting up against it when it was beached. Sand can be seen inside the splits.

The engine has been removed and the boat will soon be scrapped.

"My hopes for him is that he gets back on the water,” Cilento said, “and doesn't let this slow him down."

As for Pedraza, he said he hopes to pay it forward but helping another boater who is in distress.

"They saved me from getting big fines from the Coast Guard and from the naval base,” Pedraza said. “I have nothing but love for all those people."