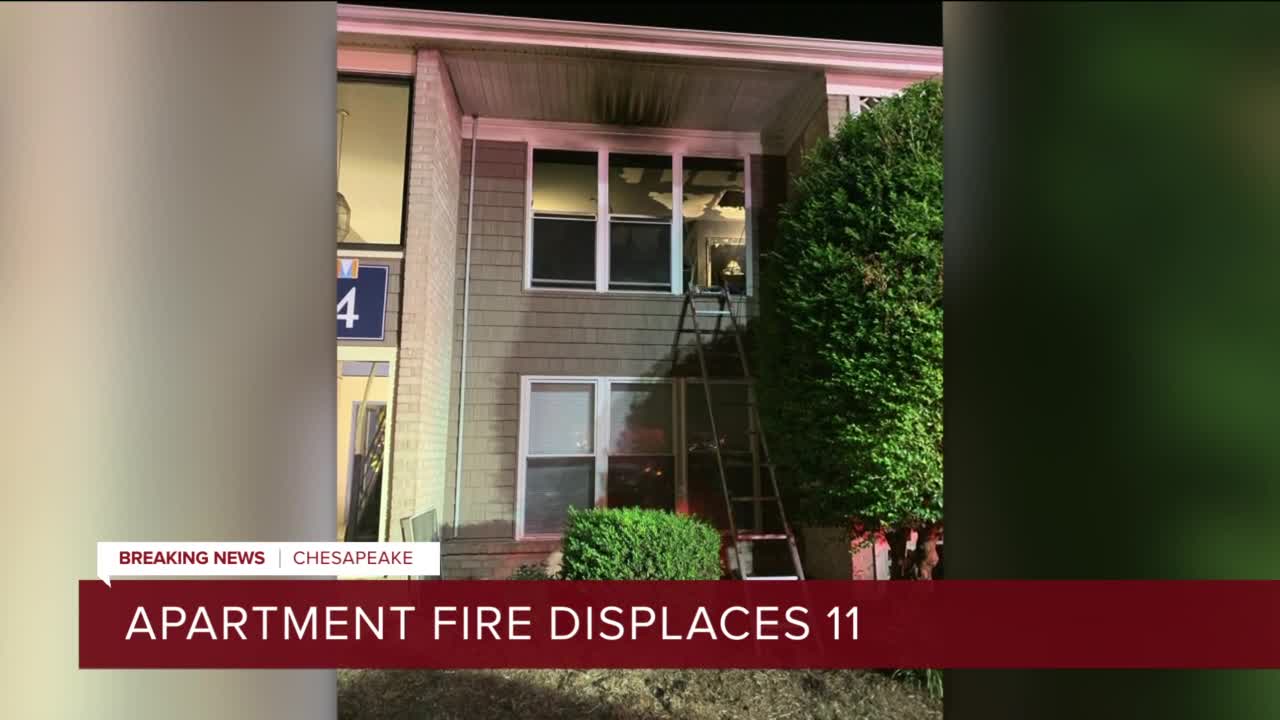 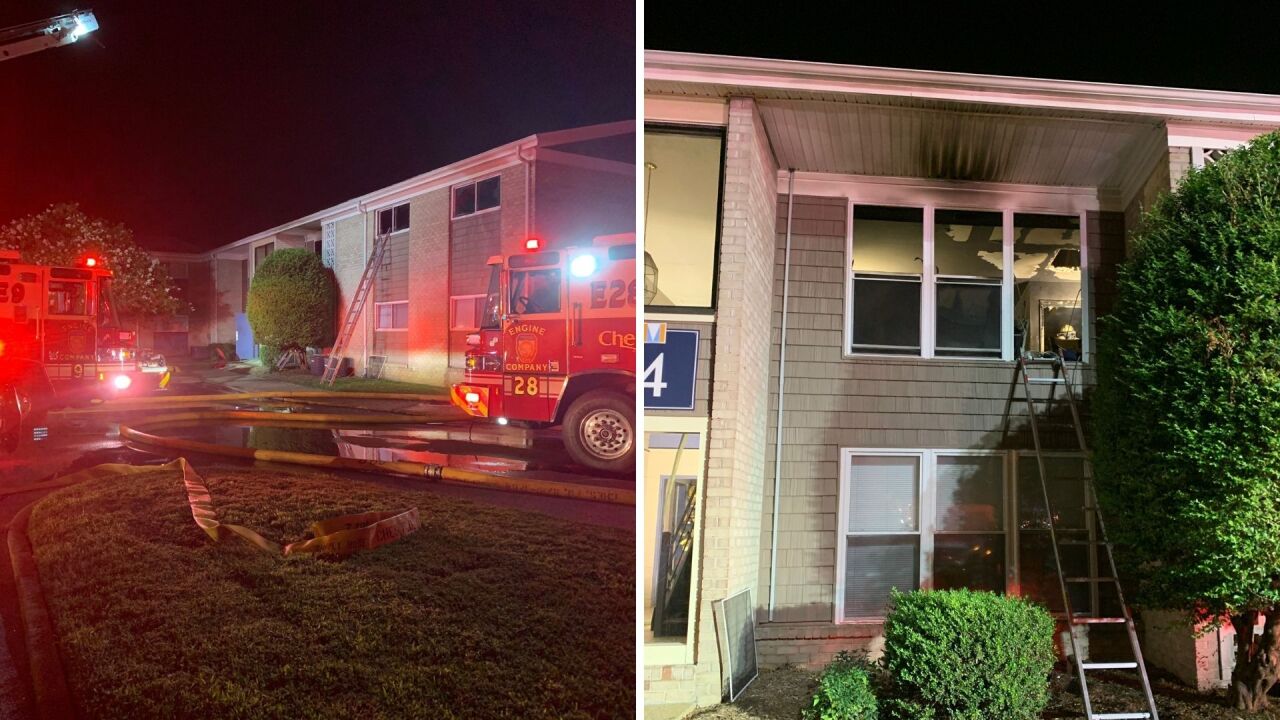 CHESAPEAKE, Va. - Reports say that five adults and six children have been displaced following a fire that damaged three apartments on Tuesday night.

Firefighters confirmed that they were called to the fire in the 1300 block of Canal Drive at 10:56 p.m.

Firefighters were able to make a quick offensive attack, keeping the fire contained to one apartment, but reports say two other units were damaged by smoke and water.

There were no injuries reported, and crews confirmed that the apartment management is assisting with lodging needs for the displaced families.