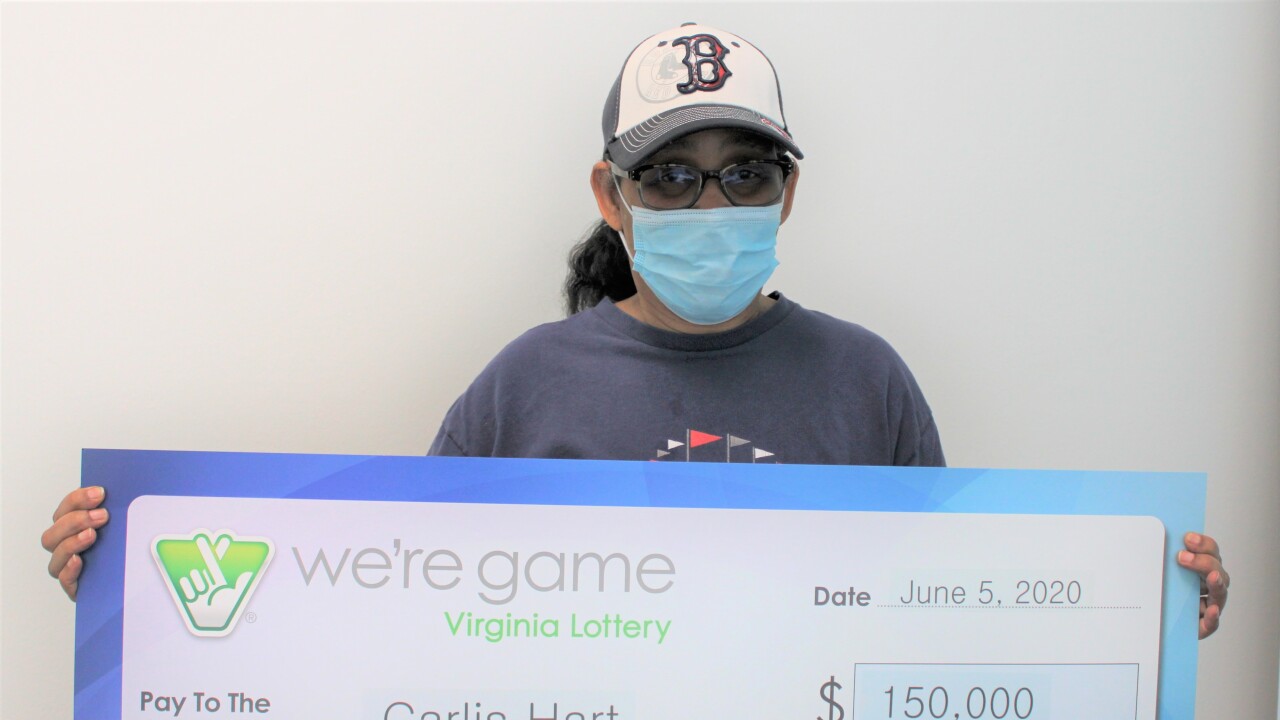 NEWPORT NEWS, Va. - Another woman in Newport News was shocked to find out she had won big in the Virginia Lottery.

Carlis Hart thought the $150,000 Cash Chaser ticket in her hand was a top prize winner, but she wasn’t entirely sure. So, she took a photo of her ticket and sent it to one of her friends.

Her friend confirmed what Hart had already knew: The ticket was indeed a big winner.

“I was in shock. I couldn’t sleep!” Hart told Virginia Lottery officials as she claimed her prize. “I’m in shock still!”

She bought her winning ticket at the Food Lion at 15435 Warwick Boulevard in Newport News.

This is the first top prize claimed in this game, which means two more are unclaimed.

Hart said she has no immediate plans for her winnings.