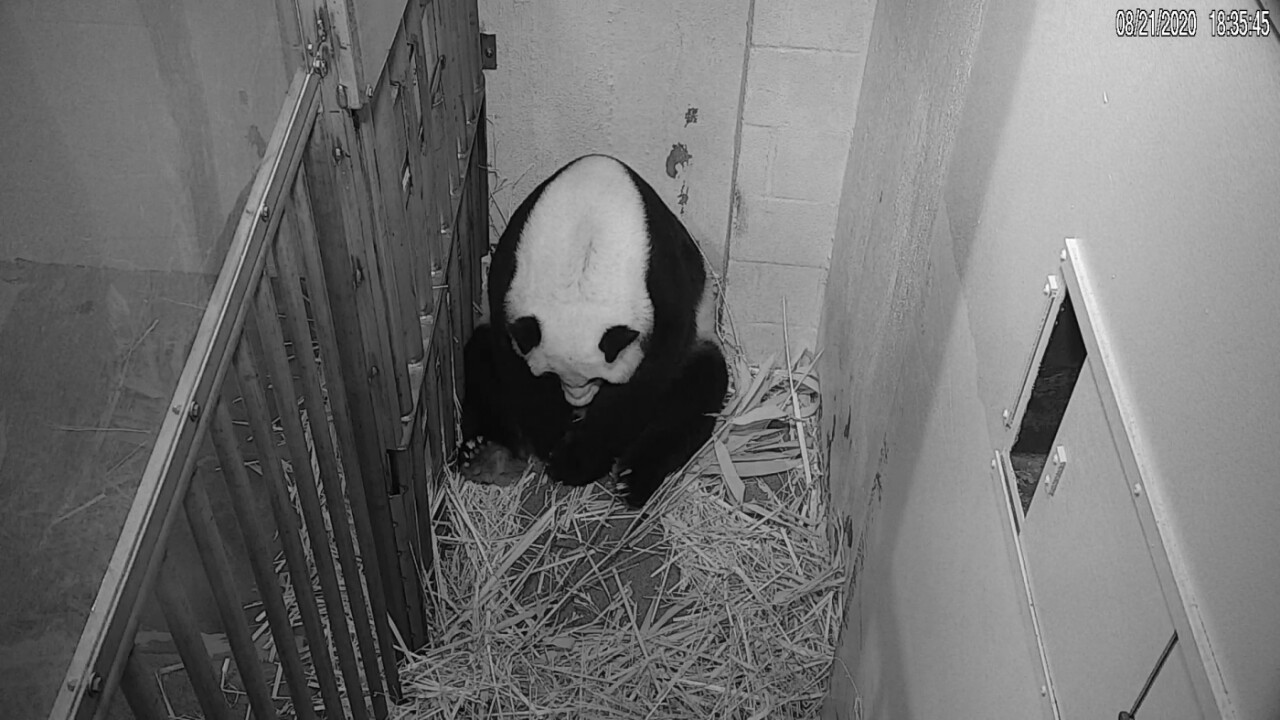 WASHINGTON, D.C. - The Smithsonian National Zoo made an exciting announcement on Friday!

Giant panda Mei Xiang gave birth to a cub around 6:30 p.m., and she picked it up and started cradling and caring for it right away, the Zoo said.

Staff said they are monitoring Mei Xiang and the cub via their panda cams. It may take a few days for keepers to be able to get the cub for an exam and to determine the cub's sex.

The fetus was confirmed on August 14 and 17 during ultrasounds. The Zoo said "It was a significant opportunity as Mei Xiang usually chooses not to participate in ultrasounds in the final weeks of her pregnancies and pseudopregnancies."

🐼❤️ See and listen to the joyous moment when our giant panda cub was born at 6:35 p.m.! The animal care team reports mom Mei Xiang and cub appear to be doing well. #PandaStory #PandaCubdates pic.twitter.com/An1wx3FZG8

Mei Xiang turned 22 years old July 22. The Zoo said she is the oldest giant panda in the United States and the second oldest documented in the world to give birth.

They also said this is the first time a Zoo in the United States has experienced a successful pregnancy and birth via artificial insemination using only frozen semen. Based on data from scientists in China and other zoos with pandas, females can breed into their early 20s. Tian Tian will turn 23 Aug. 27.

Click here to learn more about Mei Xiang and her new cub.