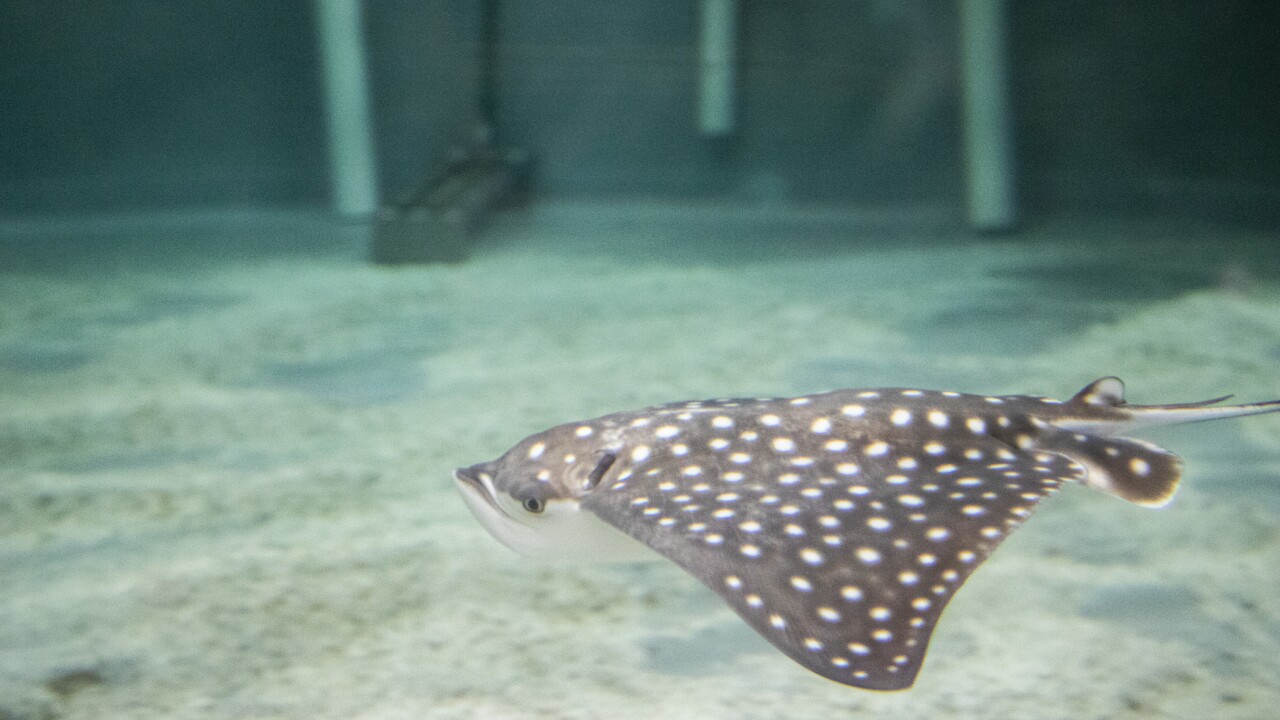 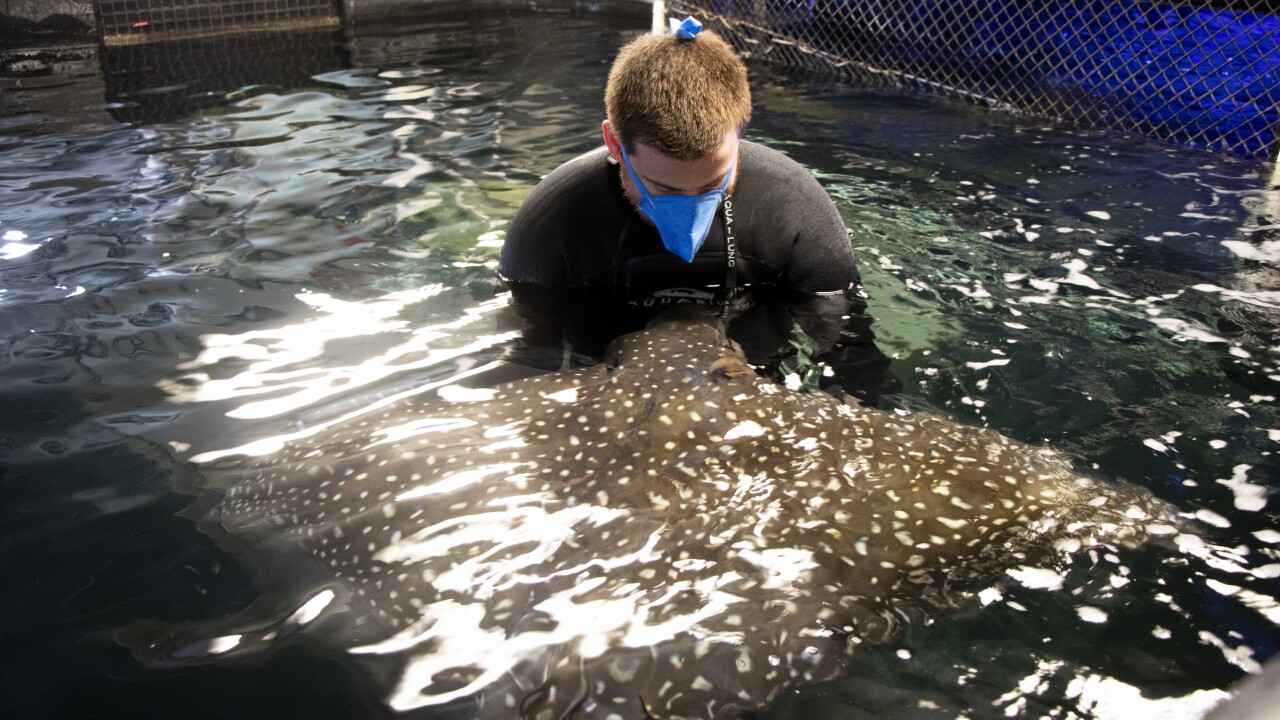 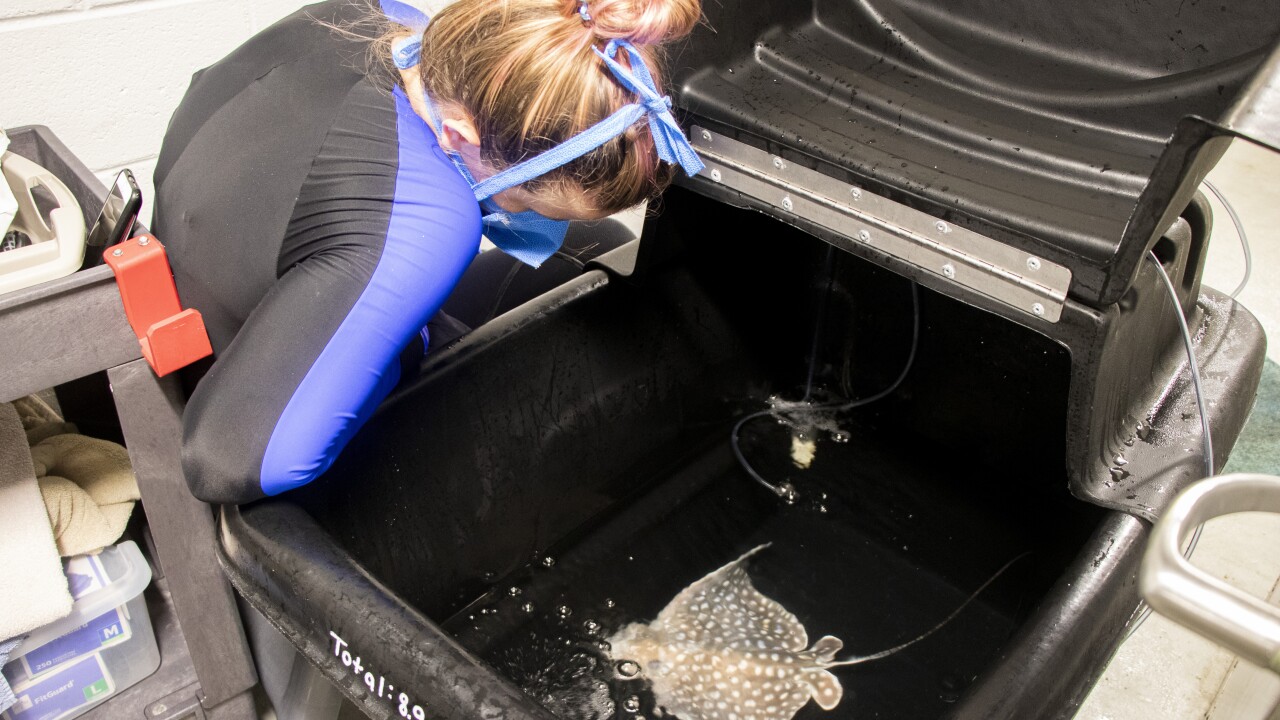 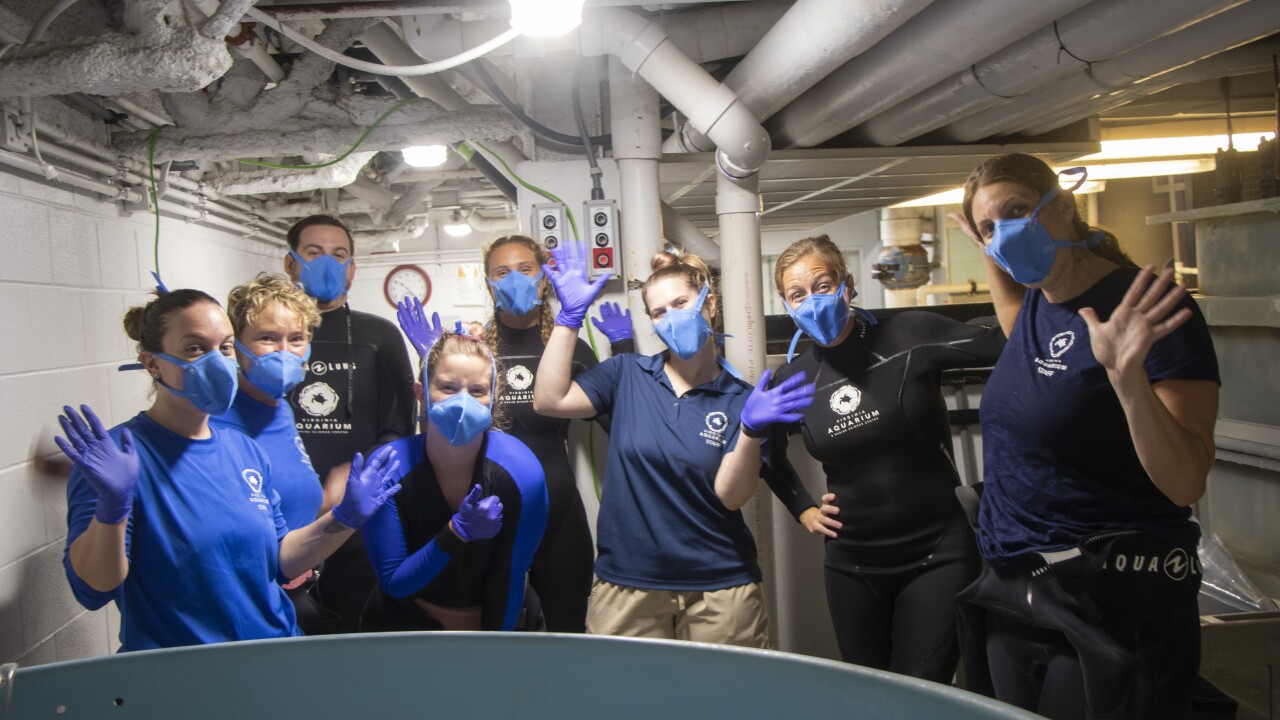 The ray, born on Monday, July 20, marks a major milestone for the Aquarium and for zoos and aquariums worldwide.

Prior to this birth, officials say that the spotted eagle ray pups have been born at only nine other Association of Zoos and Aquariums (AZA) institutions around the world.

The newborn pup was born to mother Sadana. The sex of the pup and a naming contest will be announced in the coming weeks.

Newborn spotted eagle rays do not require parental care and are self-sufficient at birth. Currently, the pup is in an off-exhibit quarantine area while staff continue to closely monitor the diet, behavior, and welfare of the newborn animal. Our veterinary and animal care teams are providing the pup with additional nutritional support as it gets better at eating on its own.

The Virginia Aquarium says that Sadana also passed a nonviable pup shortly before the live pup. Reports say it is not uncommon for sharks and rays to be pregnant with multiple pups but have fewer remain viable through birth. Spotted eagle ray reproduction is exceedingly rare, and the typical gestation period can be from six to 13 months, so the Aquarium team collaborated with other facilities for advice from the beginning.

Spotted eagle rays are listed as Near Threatened by the International Union for Conservation of Nature (IUCN) and are included in a Species Survival Plan through AZA.

The Virginia Aquarium says they do not have immediate plans for moving the animal into the larger exhibit but will share updates and videos on their social channels as milestones are met.