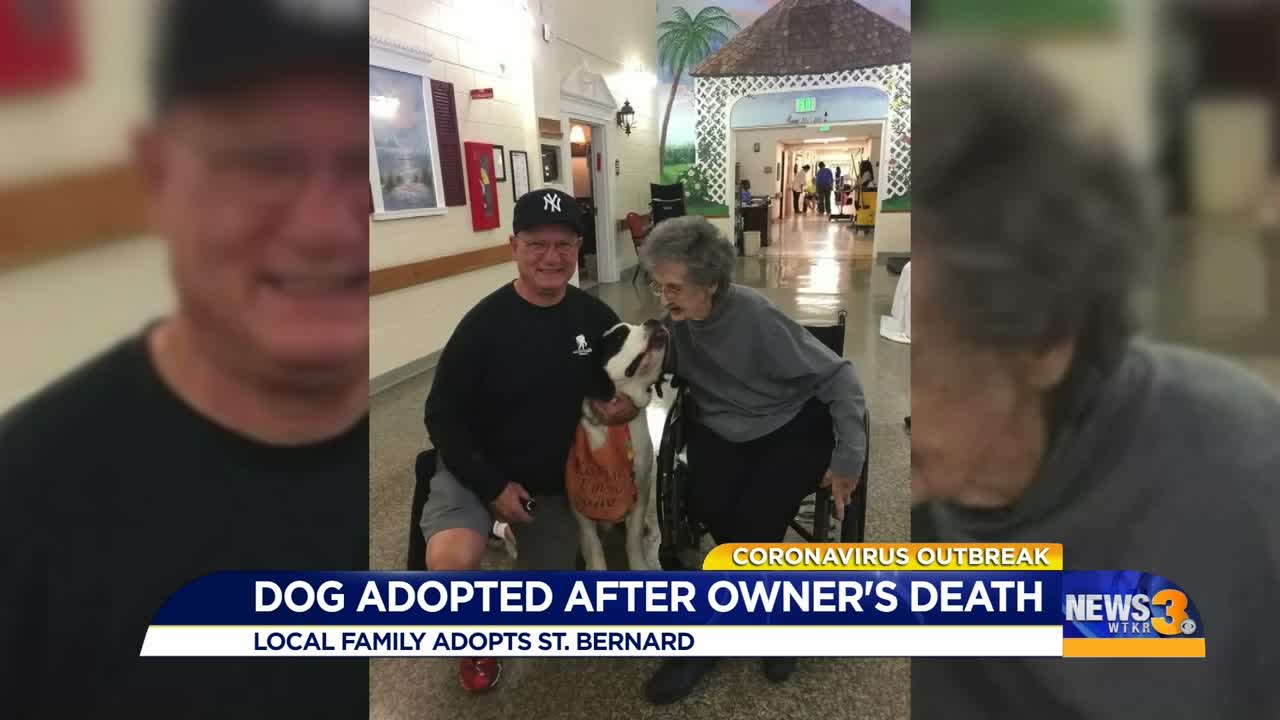 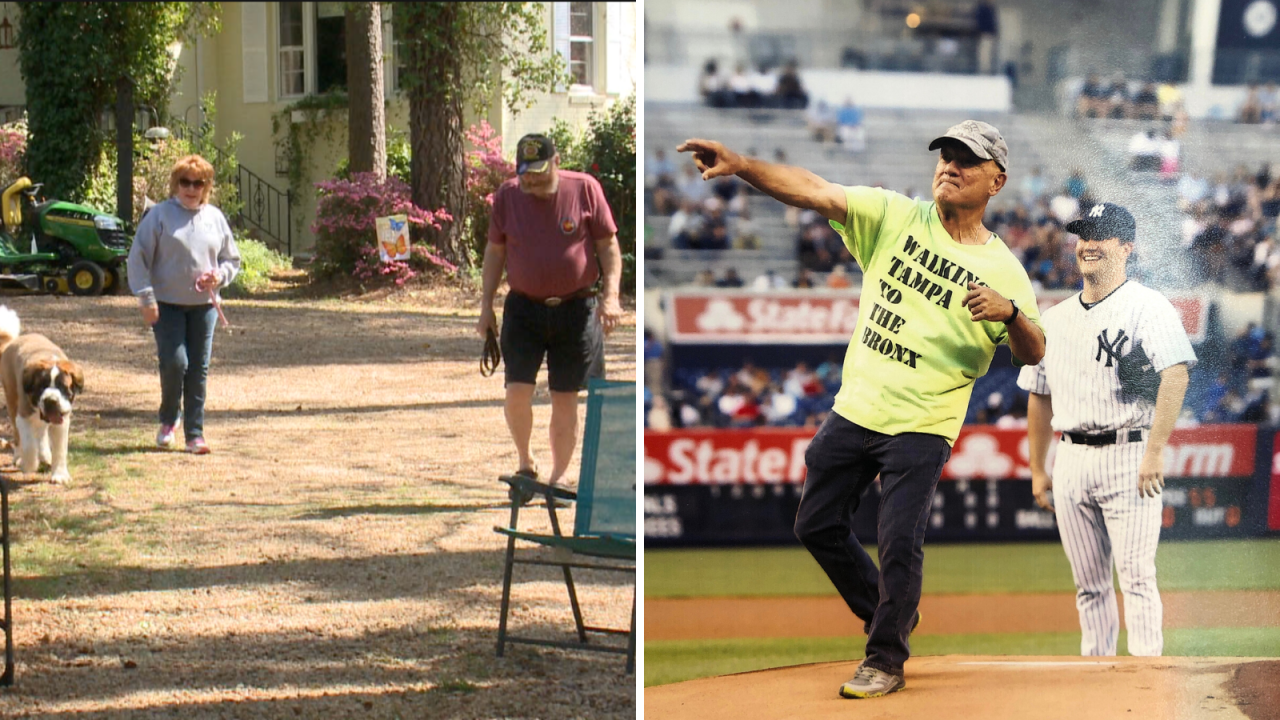 VIRGINIA BEACH, Va.— The dog days are far from over for 14-month-old Noah.

In fact, they’re just beginning for the energetic pup and his new parents, Phil and Grace Wellman

While families are losing a lot during this difficult time, the Virginia Beach family gained a tremendous gift— a St. Bernard who comes from a loving home in Florida.

The very good boy from the Sunshine State is brightening the lives of the Wellmans during difficult times.

“I woke up this morning and he had his face right here and he was licking my cheek and breathing in my ear, and I thought at first it was my wife, but it wasn’t - it was Noah,” says Phil.

Noah found his new home with the retired Virginia Beach couple less than a week ago, bringing more than 150 pounds of love and licks at just the right time.

“We can tell just from what we’ve read about him that the fella who passed away - that brought him up and owned him - truly cared about him and really spent time with him.”

Albero was the “fun uncle,” but also a true humanitarian who had a passion for his kids, St. Bernards and the Yankees. He lived by the motto, “Kindness cost nothing.”

Just five years ago, Richard walked 1,200 miles from Tampa to New York City, raising more than $56,000 for the Wounded Warrior Project to help other veterans like himself. He even got the honor of throwing the first pitch for his favorite team when he finished his journey.

There surely could’ve been more amazing achievements in his future, but things took a turn for the worse when no one expected it.

Richard contracted coronavirus, and his body couldn’t fight off the deadly disease. By the time the test came back positive, it was too late. He died March 17 in Lakewood Ranch, Fla.

With little notice, his niece, Deborah Albero-Darata, had to figure out what to do with his beloved Noah.

Deborah lives in Virginia Beach but runs a business that keeps her busy. She wanted to find a family who could give Noah the same amount of love and attention that got from her uncle Richard.

Deborah’s friend, Susan Cuce Maizel, put the word out on Facebook. The post got more than 1,000 shares and hundreds of messages from people offering up a happy new home.

The response was overwhelming, but Maizel is a staunch believer in rescuing dogs who need a home, so she was happy to filter through the responses to help find a family - and the Wellmans were the perfect match.

It’s only fitting that in his death Richard would still be able to help a wounded warrior and Vietnam veteran like Phil during tough times.

Phil hopes that by taking in Noah, he can help finish what Richard started.