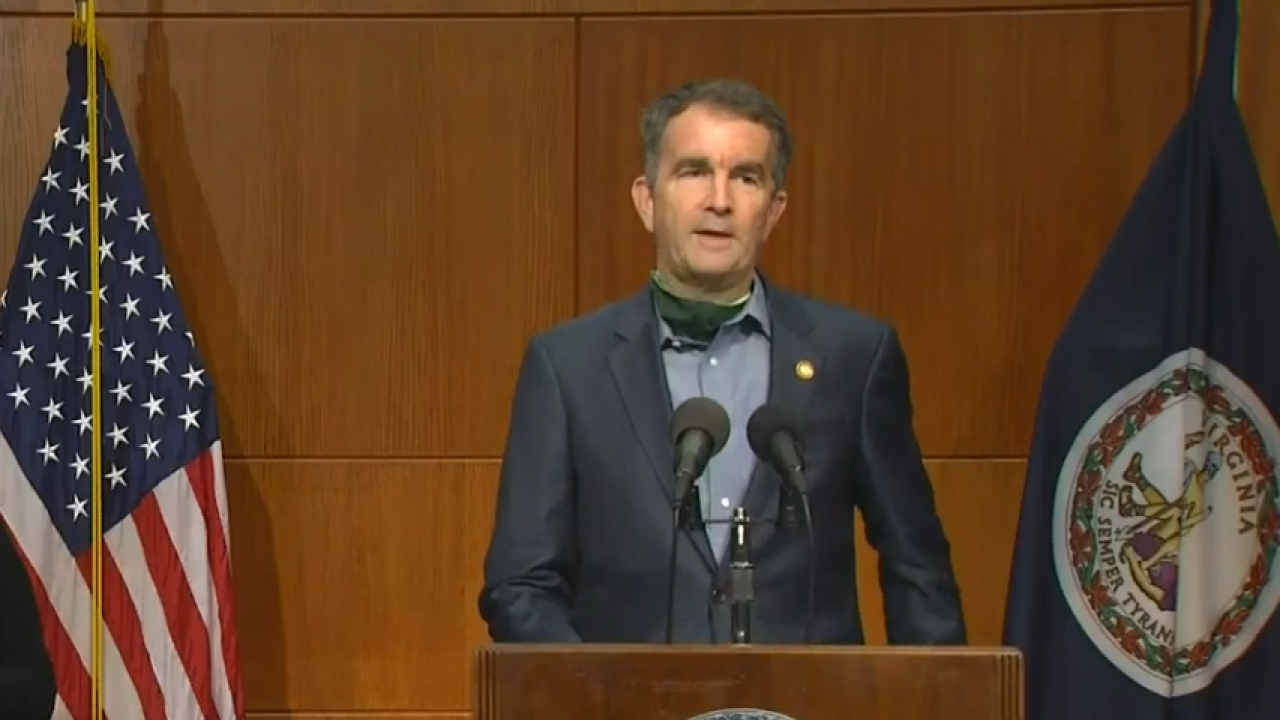 RICHMOND, Va. - Gov. Ralph Northam declared a state of emergency Sunday and authorized assistance to localities in response to escalating violence across the Commonwealth. The governor granted a request from Mayor Levar Stoney to extend a curfew in the City of Richmond.

“This emergency declaration will provide the necessary support to localities as they work to keep our communities safe," said Gov. Northam. “There are many voices speaking out for justice and healing across the United States and in our Commonwealth, but others are exploiting this pain and inciting violence.”

A state of emergency allows the Commonwealth to mobilize resources, including the Virginia National Guard, and pre-position people and equipment to assist localities in their efforts to de-escalate violent protests and protect public safety.

As protesters across the country have been calling for justice for George Floyd, a man who died in police custody in Minneapolis after an officer was seen on video kneeling on his neck, people in Virginia - including in Hampton Roads - have also taken to the streets to voice their outrage.

The declaration allocates $350,000 for state and local governments and state response and recovery operations authorized and coordinated through the Virginia Department of Emergency Management.

The order extends a curfew in the City of Richmond between the hours of 8 p.m. and 6 a.m. from Sunday, May 31 through Wednesday, June 3. While the curfew is in effect, people must remain in their homes and may only leave to seek emergency services or travel to and from home, work, or places of worship.

The full text of the emergency declaration can be found here.