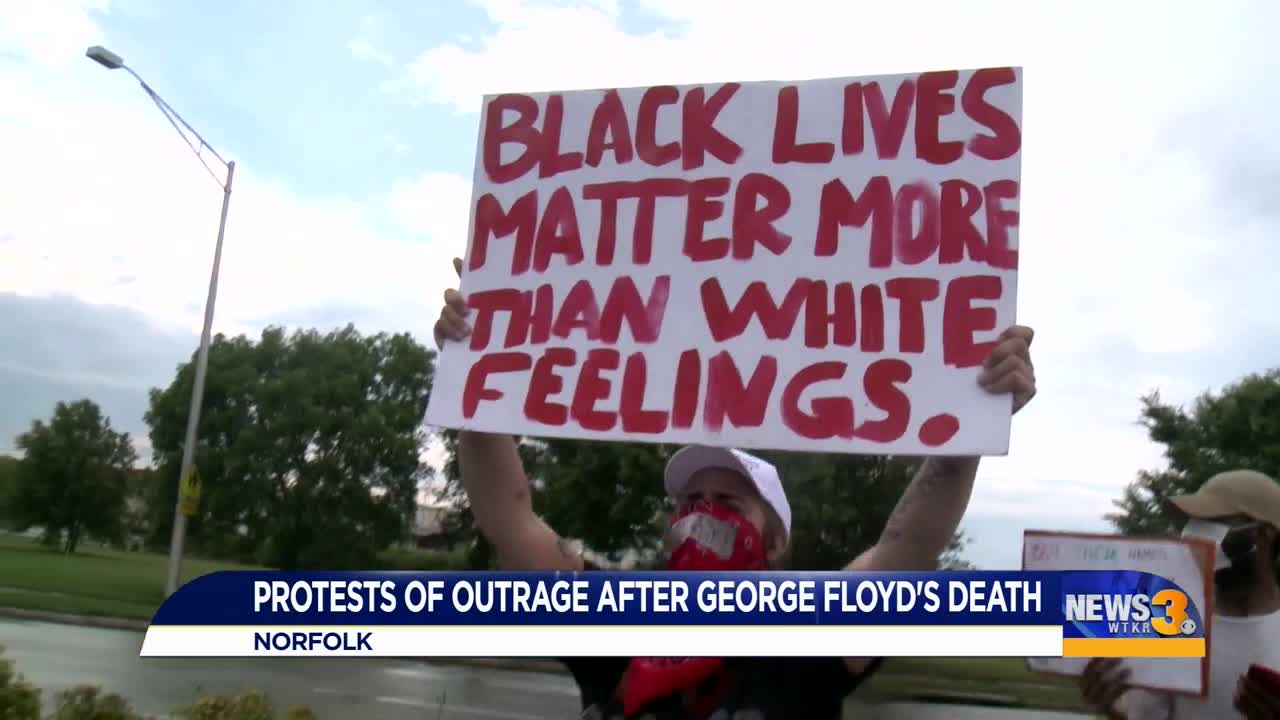 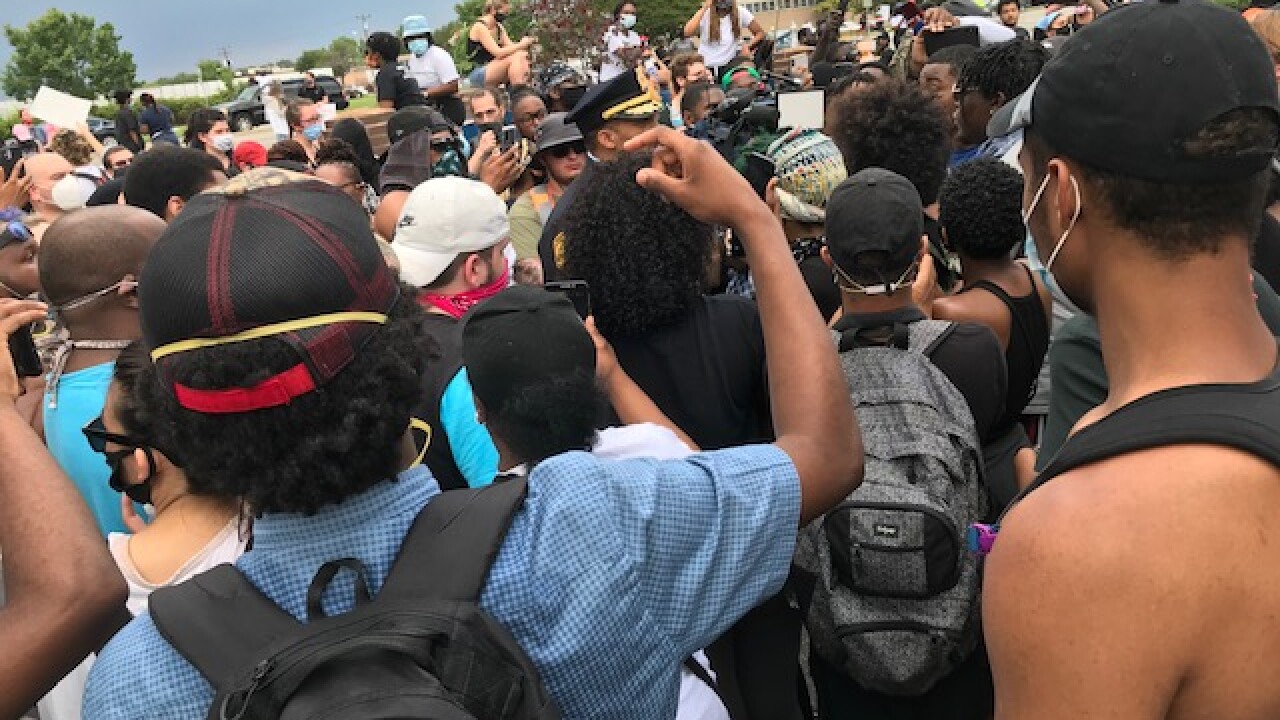 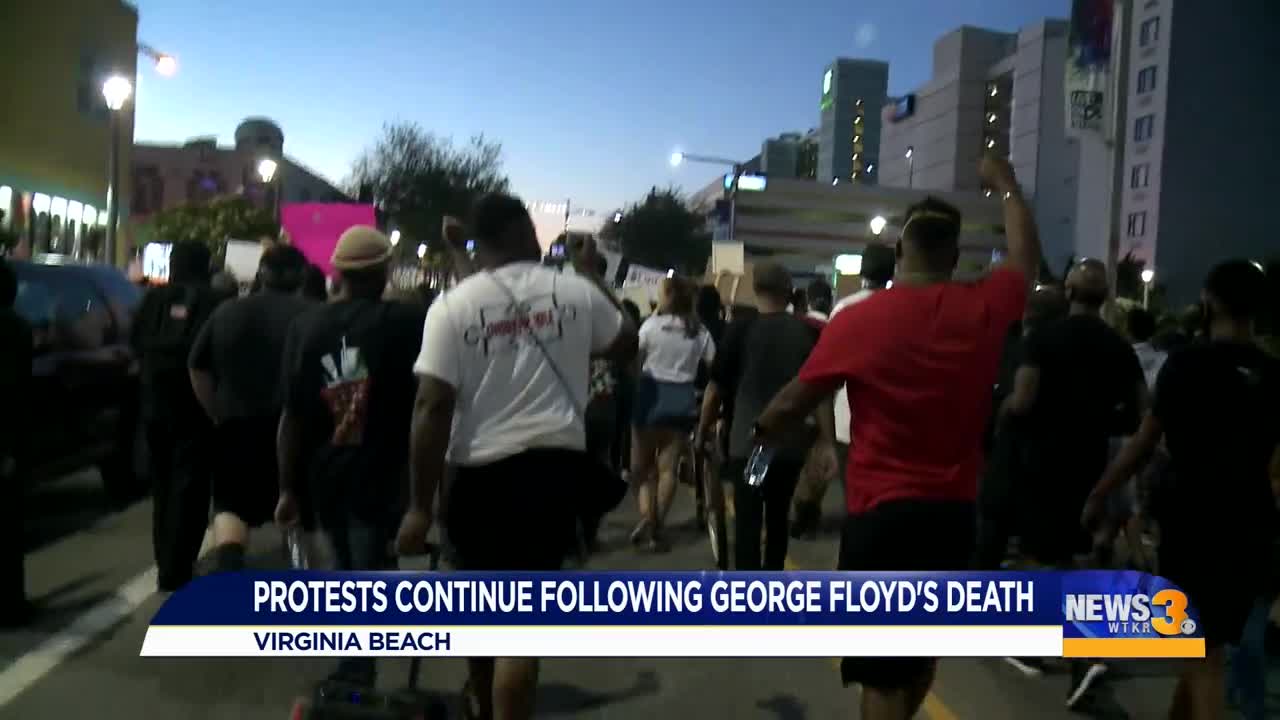 “People shouldn’t be dying just because of the color of their skin,” said Monica Simon of Norfolk.

The scene is one of dozens that played out in multiple cities across the nation following the death of George Floyd. On Friday, a white Minneapolis police office was charged in his murder after he was seen kneeling on Floyd’s neck for several minutes during his arrest.

Throughout the day, the group marched several times up and down Virginia Beach Boulevard. At times, protesters spilled into the streets stropping traffic. Police were redirecting the cars.

“Everything’s been very peaceful,” said Norfolk Police Chief Larry Boone. “A large majority have this concept that all policemen are racist and that’s just not true, and the minute you make an absolute, you’re wrong.”

Protester Ayodeji Kuti of Norfolk said there needs to be a better community-police relationship.

Chief Boone met with protesters outside the station. He spoke with them and marched with them. He wanted people to know he’s listening to their concerns, and is willing to sit down and meet with them.

Police did not arrest anybody at the protest.

A smaller group of demonstrators gathered at I.C. Norcom High School and made their way down High Street to the downtown tunnel in Norfollk. Protesters proceeded to block traffic in both directions.

The demonstration in Hampton last night intensified after the crowd left Fort Monroe and made their way to Peninsula Town Center.

Some protesters then gathered on W. Mercury Boulevard where police said they threw items at officers on scene. The situation ended with four people under arrest.

Sunday night, hundreds of protesters gathered near the Virginia Beach Oceanfront. While it started off peaceful, later in the evening, a stronger police presence grew with officers in riot and tactical gear in the area of Atlantic Avenue and 15th Street. Once they formed a line, protesters starting throwing rocks at police and the first tear gas/pepper ball was thrown. Police then moved in with heavy duty vehicles and moved protesters back.

Protesters were seen throwing trash cans in the street, tipping dumpsters and flipping tables in order to slow down police. A fire was also set in the middle of Atlantic Avenue. The storefront windows and doors of some local businesses on Atlantic Avenue were also broken, and people started looting Custom City.

The doors of the Pier Shops storefront are shattered. An aftermath of the riot in Virginia Beach. @WTKR3 pic.twitter.com/1ErbXFhqIK