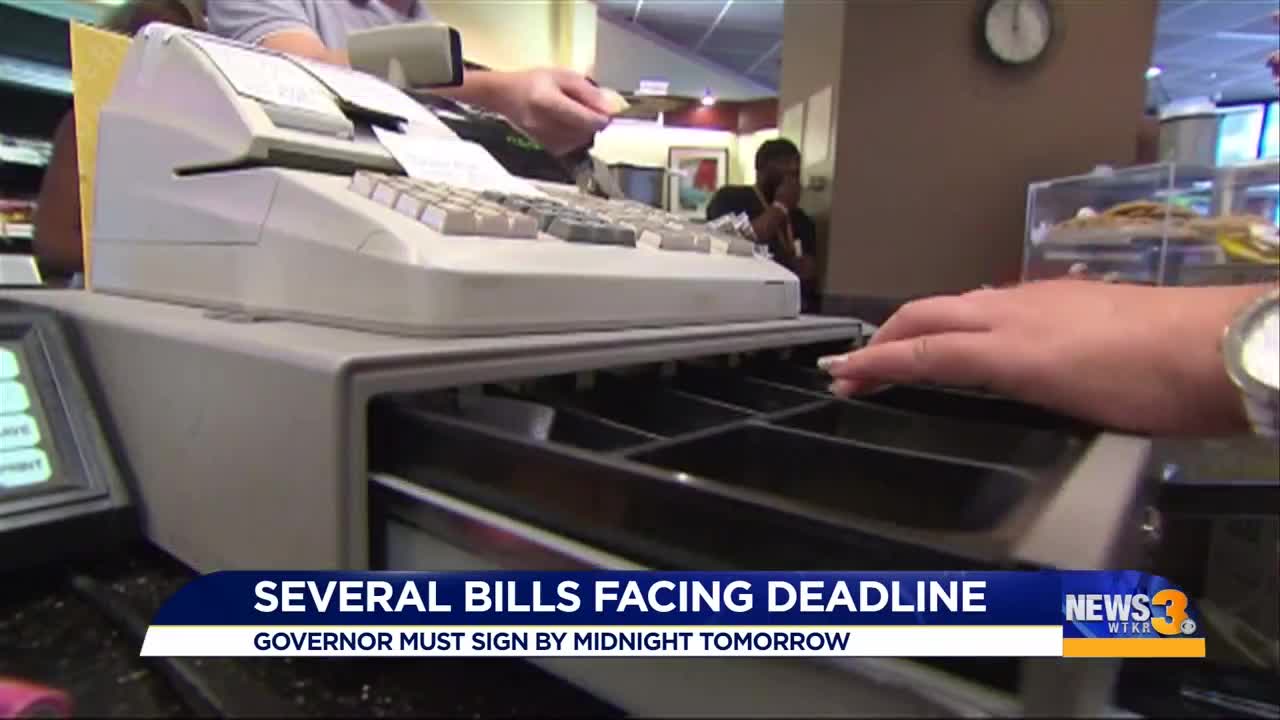 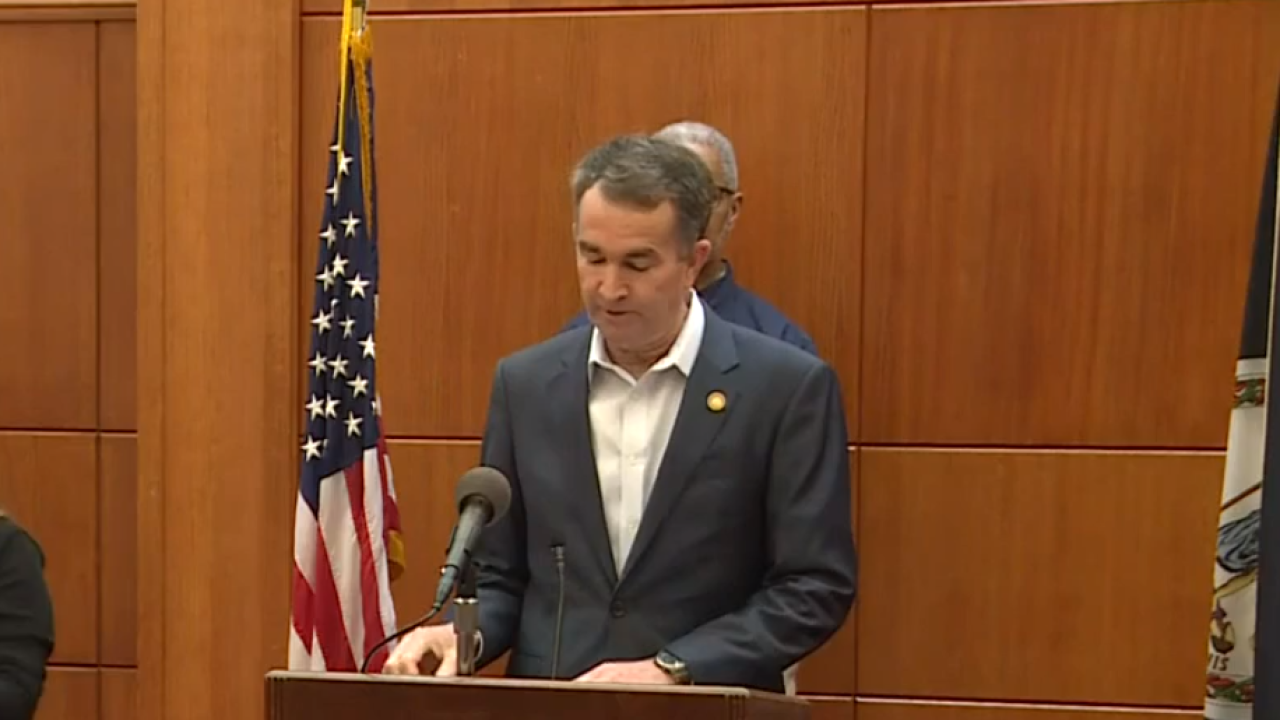 NORFOLK, Va. - Gov. Ralph Northam faces a Saturday deadline to act on legislation passed by the General Assembly during their recent legislative session.

Northam has already acted on more than 800 bills, but still needs to either sign, veto or amend hundreds of other bills. He previously said he would have more to say about legislation later this week.

The coronavirus outbreak has radically changed Virginia's outlook since lawmakers finished their work in early March.

"We know the budget as passed just a few short weeks ago cannot move forward as written. We are expecting a recession with a drastic reduction in our revenues paired with large increases in spending to fight this epidemic," Northam said Wednesday. He says he plans to introduce several budget amendments.

Several groups have called on Northam to delay or veto legislation like an increase on the minimum wage.

"Delaying the enactment of the minimum wage increase, the implementation of collective bargaining, and the allowance of Project Labor Agreements would allow for fragile businesses to get back on their feet and provide economic stability and security as Virginians recover," Sen. Jen Kiggans (R-Virginia Beach) wrote in a letter to the governor.

Still, others say now is the time for the governor to act. "The COVID-19 pandemic does not warrant abandoning or weakening the minimum wage legislation and other protections," Del. Lamont Bagby (D-Henrico) wrote in a letter to the governor on behalf of the Legislative Black Caucus.

Lawmakers will return to Richmond on April 22 to consider his actions on legislation.

Amid questions over those pieces of legislation, Gov. Northam signed gun legislation into law on Friday, including expanded background checks, the reinstatement of Virginia's one-handgun-a-month-law and a red flag law.

“We lose too many Virginians to gun violence, and it is past time we took bold, meaningful action to make our communities safer,” said Northam in a statement. “I was proud to work with legislators and advocates on these measures, and I am proud to sign them into law. These commonsense laws will save lives.”

As for other pieces of legislation, Northam hasn't directly said what he plans to do, including a bill legalizing casinos. "I would say on that particular bill I haven't signed anything, but stay tuned and tomorrow night at midnight you will know my final decision."