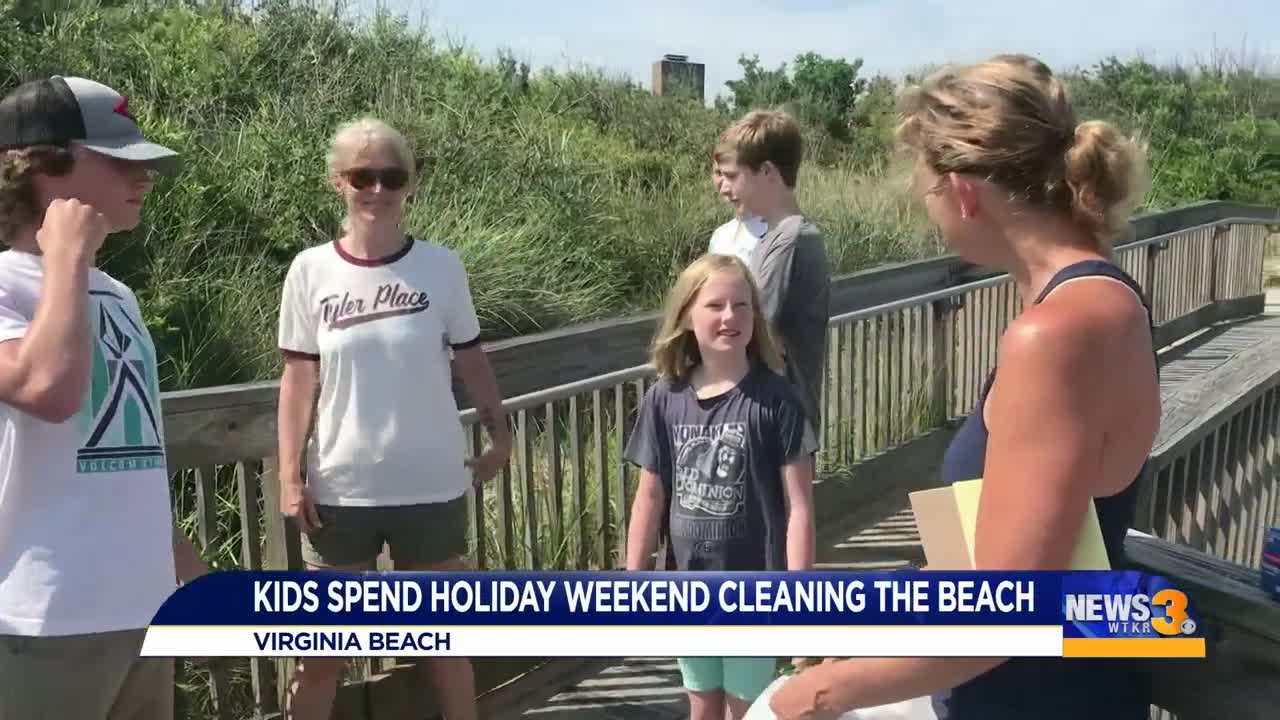 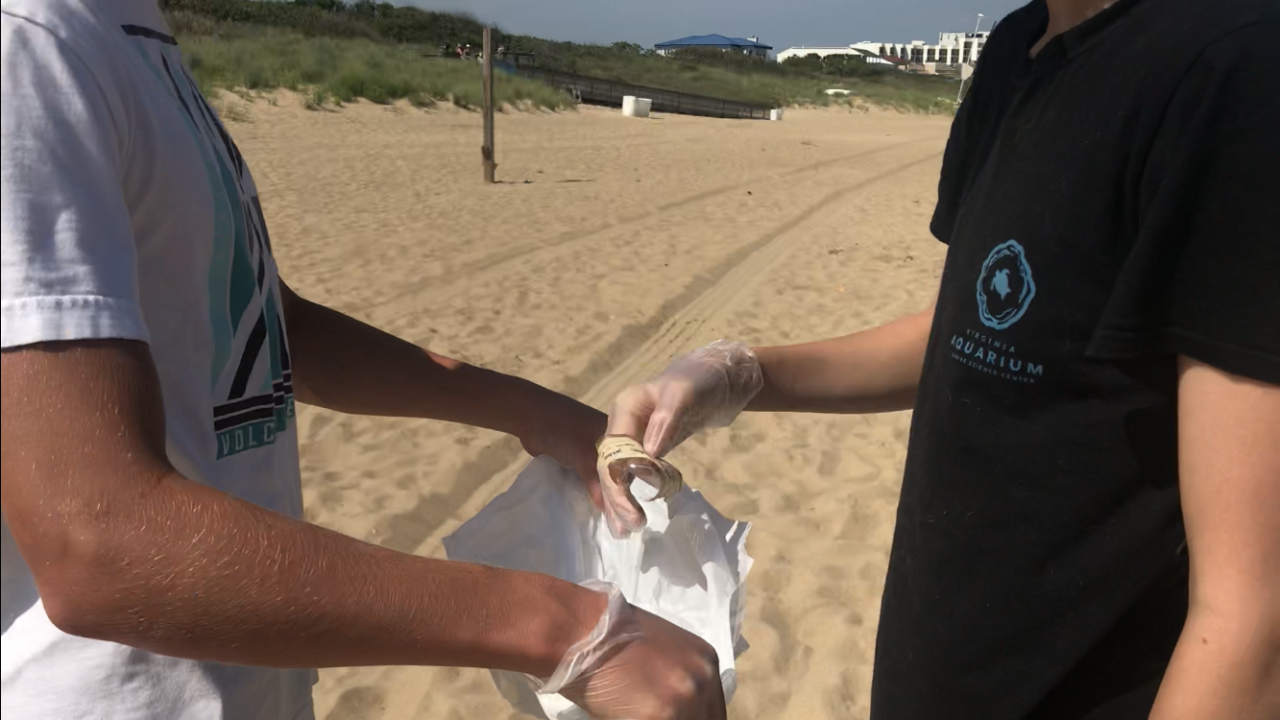 VIRGINIA BEACH, Va. -- While most beachgoers were relaxing on the sand or playing in the ocean at Chesapeake Beach, a group of kids decided to spend their Independence Day weekend picking up other people's trash.

"We find a lot of fireworks. I guess people are just lighting them,” Joey Lacroix, one of the volunteers, said. “We find boxes of them and bottle rockets and stuff like that."

Each year the group said they find roughly 50 to 70 pounds of trash. This year’s catch was lighter than the previous years.

They still managed to collect bags of trash. One bag contained a box with beer cans inside and a torn-up beach ball.

"I'm not sure why the people just leave it down here,” Lacroix said. “If someone has to pick it up, then we will."

Lacroix and the other children are part of Cape Kids, a local organization that brings children together to learn the importance of helping their community. They've cleaned this beach for five years.

“It gets them involved in their community and that's part of our guiding principle, is to be involved in the community so they are actually doing something hands-on,” Kim Lacroix, the liaison with Cape Kids, said. “They can feel that they're making a difference."

Even former members, such as Virginia McKinnon, who could be spending time doing something else on this Independence Day weekend, chose to help the new group of children.

“It’s to bring up the next generation," McKinnon said. “We want to keep this going and I think the best way to do that is to be involved as much as we can, and why not be here?"

It is not just community values they learn, the members say the program has shaped them to be better people.

"I learned that it's really good to help your community out and we should all be doing it,” Joey said.

As for McKinnon, “It's given me so many leadership opportunities and I've learned so much,” she said. “Being part of the group, it's been such a great experience."

Parents who would like more information on Cape Kids, such as enrollment, can email the group at KJGerman@yahoo.com .