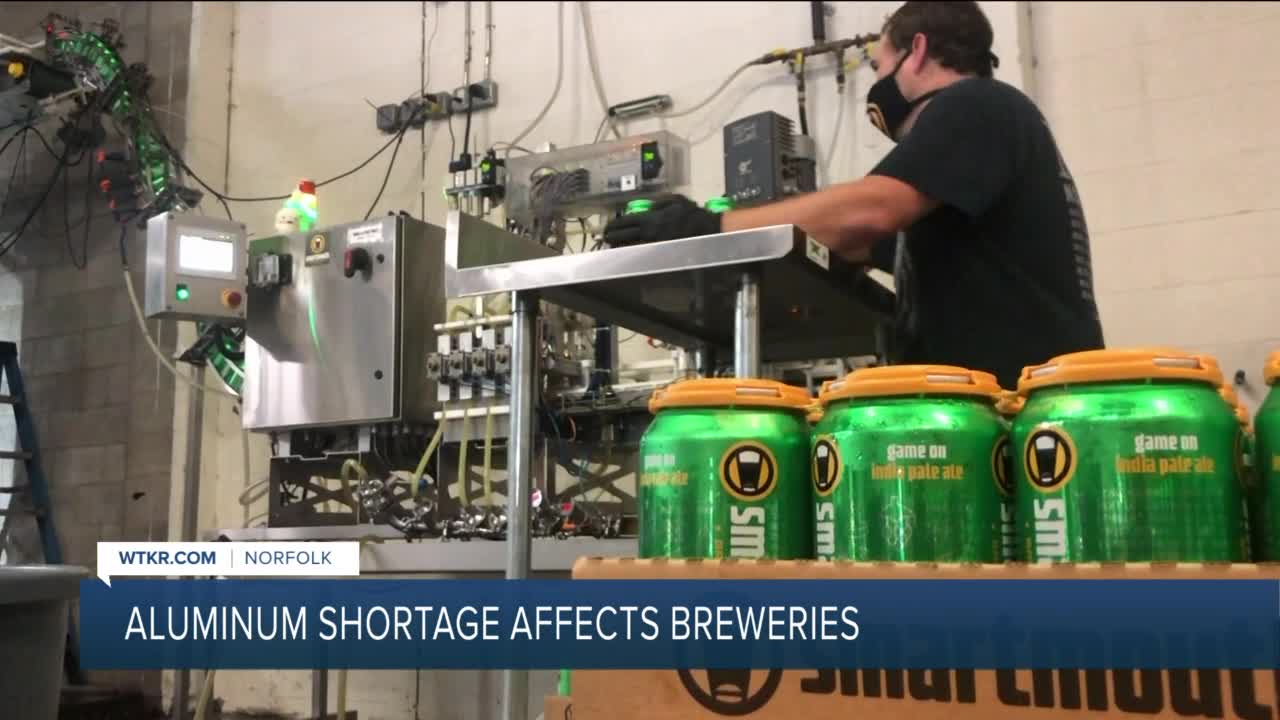 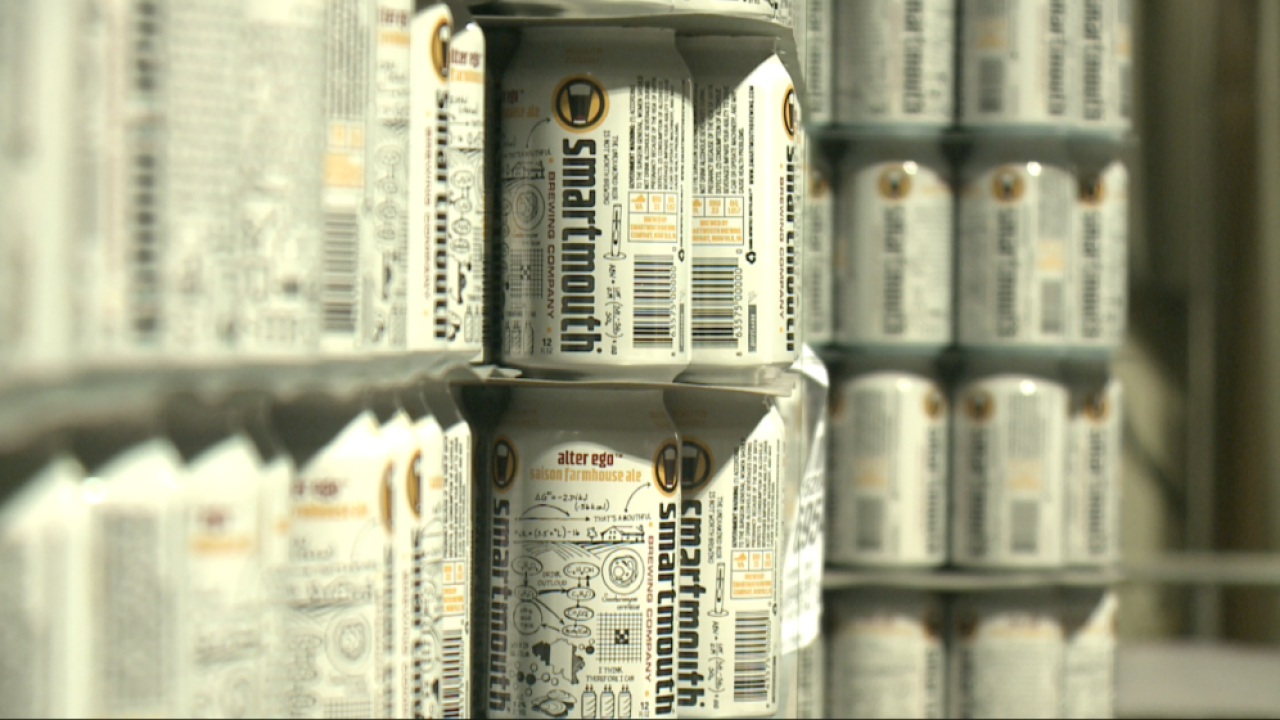 "We pump out thousands of cases a month," said Porter Hardy, President of Smartmouth Brewing.

But those cases of aluminum cans are becoming harder and harder to get, says Hardy.

"Everyone's need for the can is going up all at the same time, but the supply has not met it," he said.

There's a myriad of problems to get the metal.

"Consumers have flocked to grocery stores during the pandemic and are taking home more beer and soda - any anything in cans - to stock up," Hardy explained.

Smartmouth has seen a double-digit increase in grocery store sales since coronavirus hit. While that's a plus, it's important to remember restaurants were shuttered - and that means no keg beer being sold, just packaged products, which furthers the demand.

"It is like a double whammy," he said. "Then, we are competing with Budweiser, Miller, Coors, Coke and Pepsi, because the cans only come from two manufacturers in the country."

Hardy says for his latest seasonal brew, the can costs 30% more when they purchased it in September.

Smartmouth buys 200,000 cans at a time a few times a year, and they feel the crush for the can won’t be going away anytime soon.

"We don't want to pass the cost to the customer, so we are just being nimble and flexible," he said.