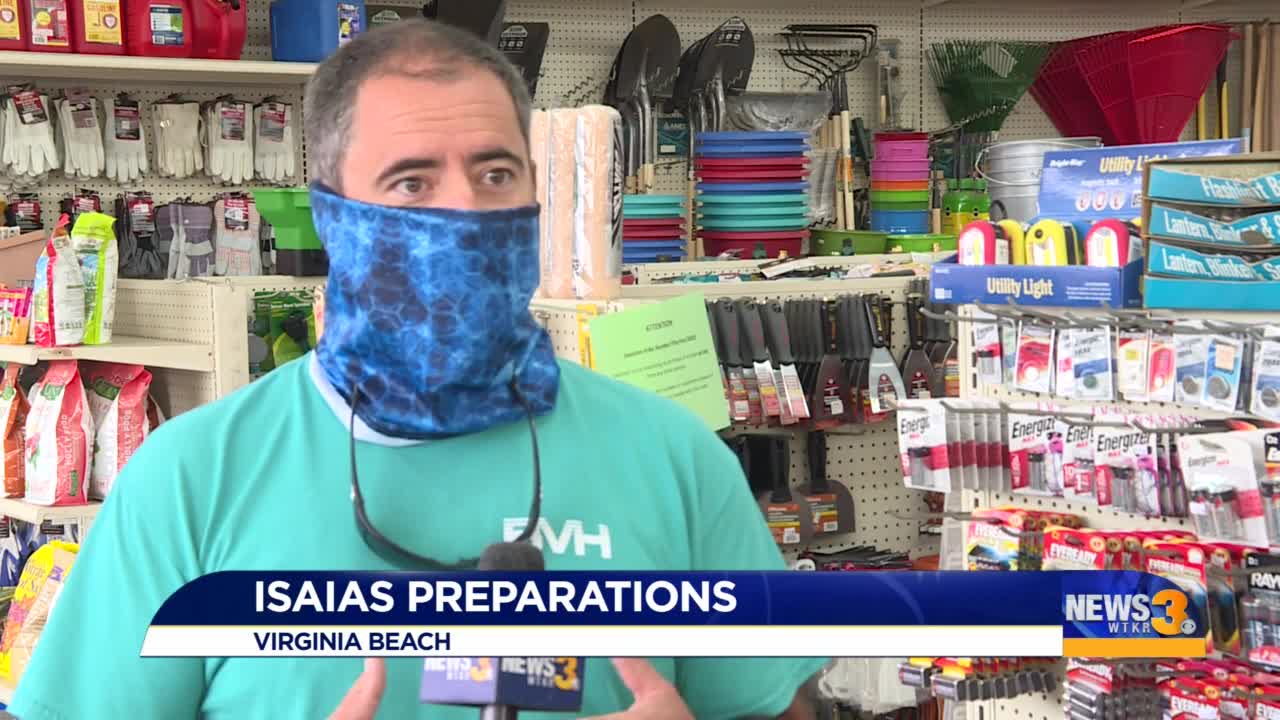 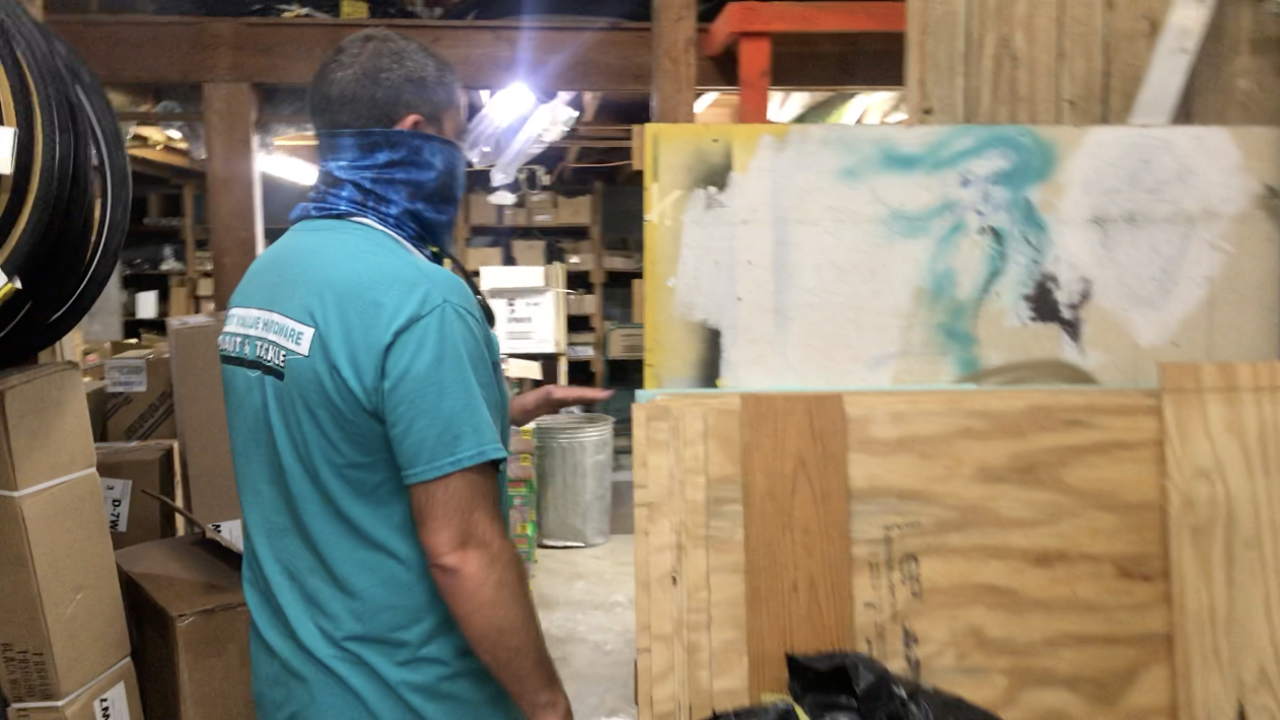 VIRGINIA BEACH, Va. - Isaias may be a few days away, but locals such as Samuel Schatz are getting ready now and stocking up on essential storm items and equipment.

"I went out 10 days ago and bought my first generator. Every time we have a storm, we lose power, and it's always after the fact you tell yourself, 'I need a generator,’” Schatz told News 3.

He came to Best Value Hardware in Virginia Beach on Saturday to pick up a gas canister for his generator. He was also given some preparation tips from the store’s owner.

"Hopefully I don't need to turn it on, but I'll be ready for it if it comes,” Schatz said.

“I'd like to see more clients be proactive instead of reactive because if you're reactive, you're already behind the 8-ball,” Cecil Groves, the owner of Best Value Hardware, said. “You may need some particular items that will help you and they're going to be sold out."

A shelf at the front of the store was filled with flashlights and batteries. Shelves throughout the store also had sought-after items people look for in preparation for a hurricane.

Groves said it is best to get these items now because the shelves may soon be empty.

"Most of the customers are like, 'Well, it's my own fault, I waited and hesitated,'” Groves explained. “That's the biggest thing."

He recommended having candles, coolers with ice to preserve food, bottled water, tarps to cover up any damage and battery-powered radios. He urged people to test their generators after they buy one to see if it works properly.

"The last thing you want to do is at the event or after the event, you're trying to start that generator and you're having issues,” Grove said.

He advised sandbags for your home if you're in a flood-prone area, and plywood to protect your windows and glass from destruction.

"It's really one of those, just have to keep an eye on it and see what happens,” Groves said.