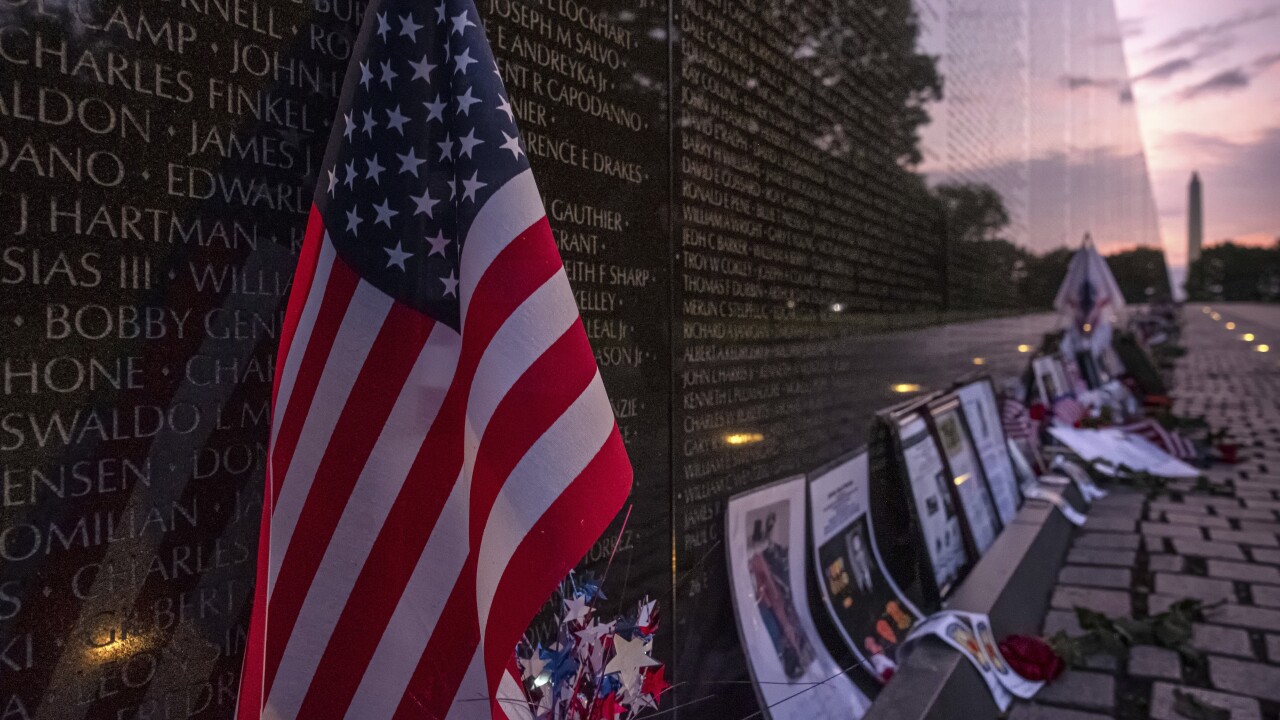 J. David Ake/AP
A U.S. Flag rests against the Memorial Wall of the Vietnam Veterans Memorial in Washington at daybreak on Memorial Day Monday, May 27, 2019. (AP Photo/J. David Ake)

NORFOLK, Va. - There's just one photo left, and you could be the one to help find it.

There are 1,307 Virginian Vietnam veterans listed on The Vietnam Veterans Memorial, best known as “The Wall," in Washington, D.C.

In the fall of 2015, WHRO Public Media launched the "Wall of Faces" project in an effort to find photos for the 500 veterans still needing one. As of May 21, 2020, there's only one photo needed to complete the project: That of Sgt. Walter Williams Jr. of Portsmouth.

According to the Wall of Faces, Sgt. Williams served in the U.S. Army and died on September 25, 1966.

WHRO is asking the public to help find the photo of Sgt. Williams.

“As we’ve worked with individuals and community partners to locate photos for this project, we’ve learned the incredible stories of some of the veterans who served, “said Bert Schmidt, President and CEO of WHRO Public Media. “We would love nothing more than to report all have been found.”

WHRO has honored veterans through several initiatives, with the longest-running project being the Wall of Faces.