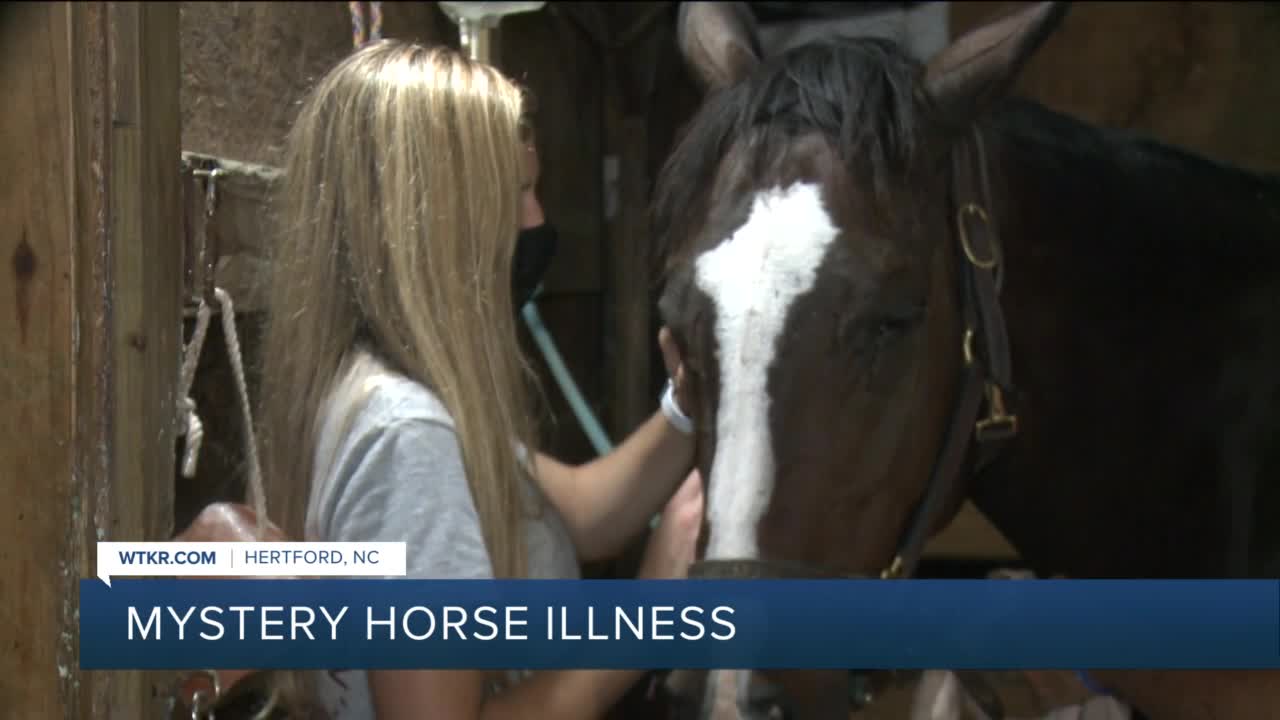 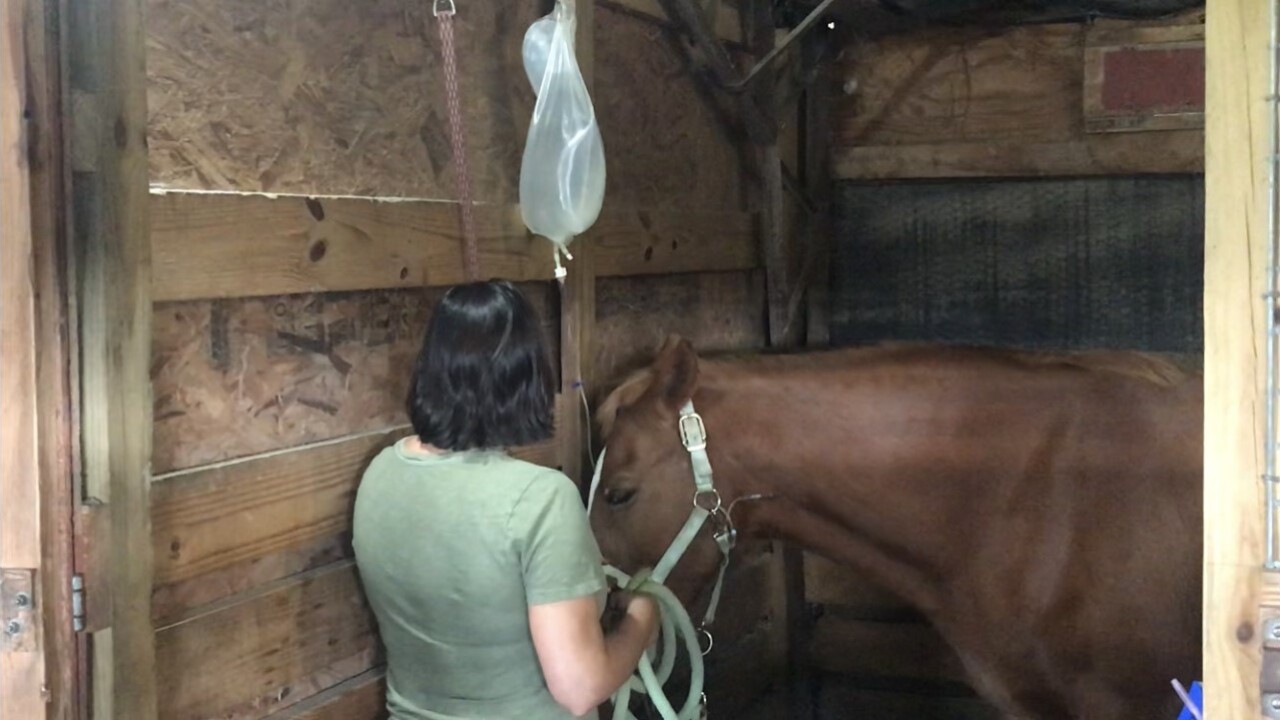 HERTFORD, N.C. - New Hope Stables has turned into a makeshift medical ward as horses kept there have been struck with a mystery illness.

Owners, local veterinarians and animal researchers say they still aren't sure what the illness is.

"After two long weeks, we still don't know what the cause of the sickness is,” Nancy Harrell, a volunteer with New Hope Stable, said.

So far, there is no diagnosis from any party.

"Our vet has reached out all over North Carolina, all the way to California, up and down the East Coast,” Harrell explained. “[We're] trying to find another case that's similar, and nobody has found anything that's been like this."

Common horse illnesses have been ruled out. The horses were also tested for COVID-19, but the results returned as negative.

The stable held a total of 17 horses; five are in critical condition, several are still ill and four have died.

"It's heartbreaking not knowing what they would die from,” Georgeanne Midgette, the stable’s co-owner, said.

Thinking this illness could be contagious among horses and even humans, the stable took action to make sure everyone was well-protected.

“We isolated each horse in their own stall,” Midgette said. "We've been bleaching our shoes, basically bleaching our hands and our whole bodies."

The four horses that died were named Treasure, Dixie, Fancy and Koda. Two of the horses were rescue horses.

Their stables are closed with respect to the deceased horses.

Several of the horses show little movement and pale faces, and make no noise. The horses also have narrow tubes inserted into their neck, where they receive IV solution that hangs above their stable. The volunteers said one of the horses named Sonny had 12 bags of IV solution in the last 24 hours.

Volunteers have worked day and night to aid the horses’ recoveries with no sleep. The volunteers make sure the horses are eating, drinking and receiving IV fluids, and log any changes or activities happening with the horses in small notebooks.

"They mean everything to some people,” Kaylin Russell, one of the volunteers and riders, said.

Russell rode two of the horses that died in competitions, resulting in wins. News of their deaths hit her hard, she said.

"I just couldn't believe it. I think that was two in four days,” Russell said. “They were my best friends."

With the amount of time and money that's been spent to take care of the horses, it's unclear how the future will look for the stable.

"I don't know how we're going to move forward from here, losing such wonderful horses,” Carla Bundy, the co-owner, said.

For those who would like to help provide donations or other kinds of help, there is a GoFundMe page set up to help cover the cost of supplies and treatment. The goal is $200,000, but Harrell said they fear the costs could exceed that.

There is also a fund set up through Oaks Veterinary Clinic in Smithfield, Virginia, to help with the stable's expenses. Donors can call (757) 357-2324 and request to donate to the fund.

Monetary donations, as well as items and supplies, can be donated in person at one of these two stores: