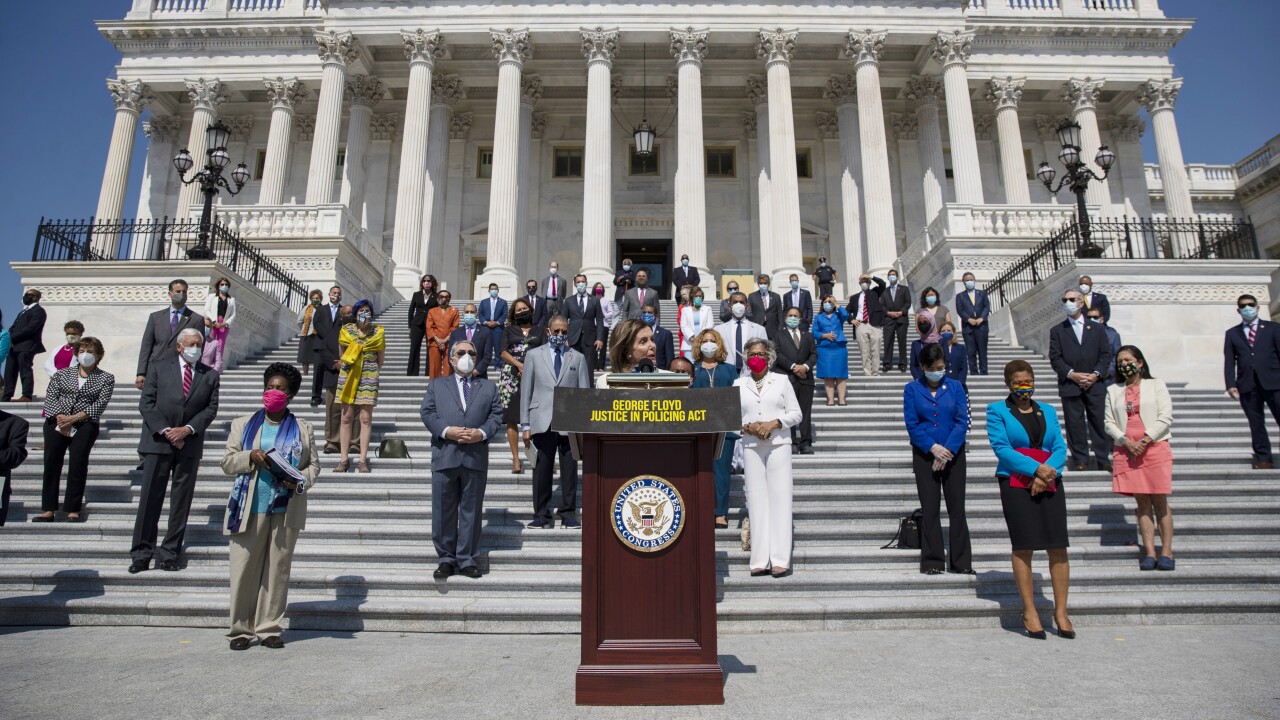 Carolyn Kaster/AP
House Speaker Nancy Pelosi of Calif., joined by House Democrats spaced for social distancing, speaks during a news conference on the House East Front Steps on Capitol Hill in Washington, Thursday, June 25, 2020, ahead of the House vote on the George Floyd Justice in Policing Act of 2020. (AP Photo/Carolyn Kaster)

WASHINGTON (AP) — Democrats in the House have approved a far-reaching policing overhaul bill.

It's a vote heavy with emotion and symbolism as they seek to address the global outcry over the deaths of George Floyd and other Black Americans. But Congress is divided and chances for it becoming law are dim.

President Donald Trump's administration says he will veto the Democratic bill. House Speaker Nancy Pelosi gathered with lawmakers on the Capitol steps to challenge Congress to not let the deaths be in vain.

It’s exactly one month since Floyd’s death in police custody in Minneapolis sparked a global reckoning over police tactics and racial injustice.