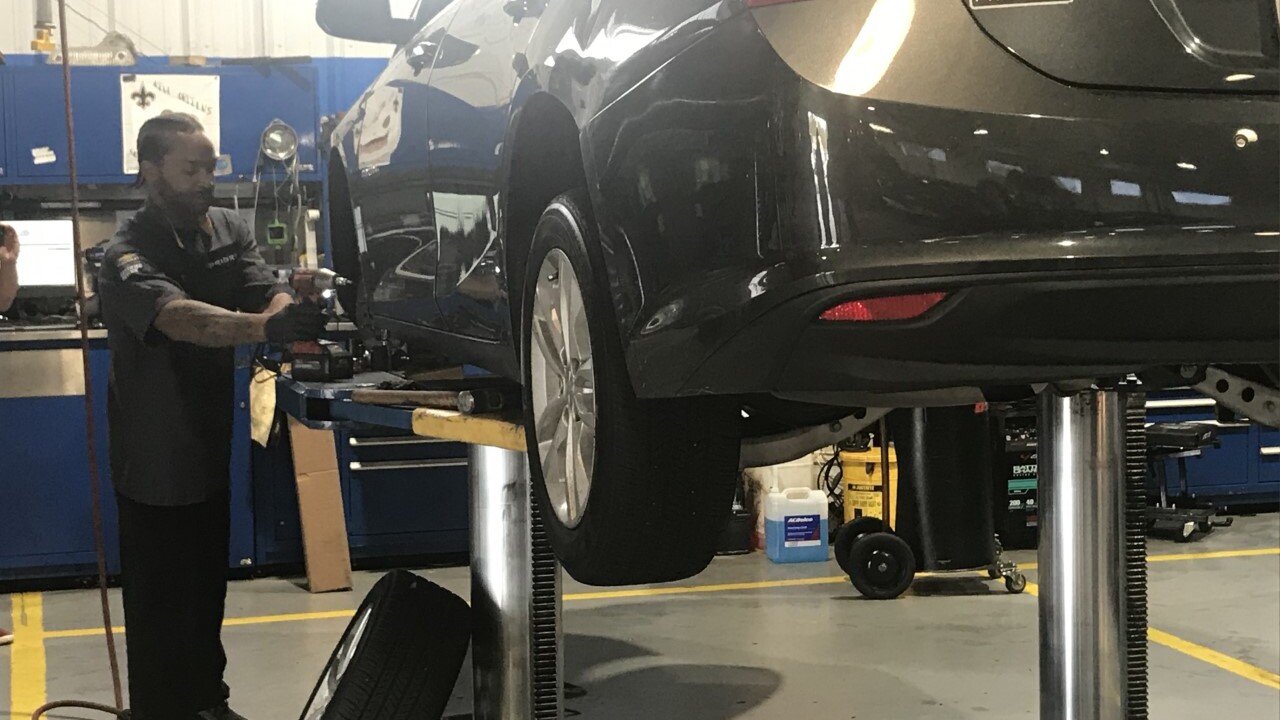 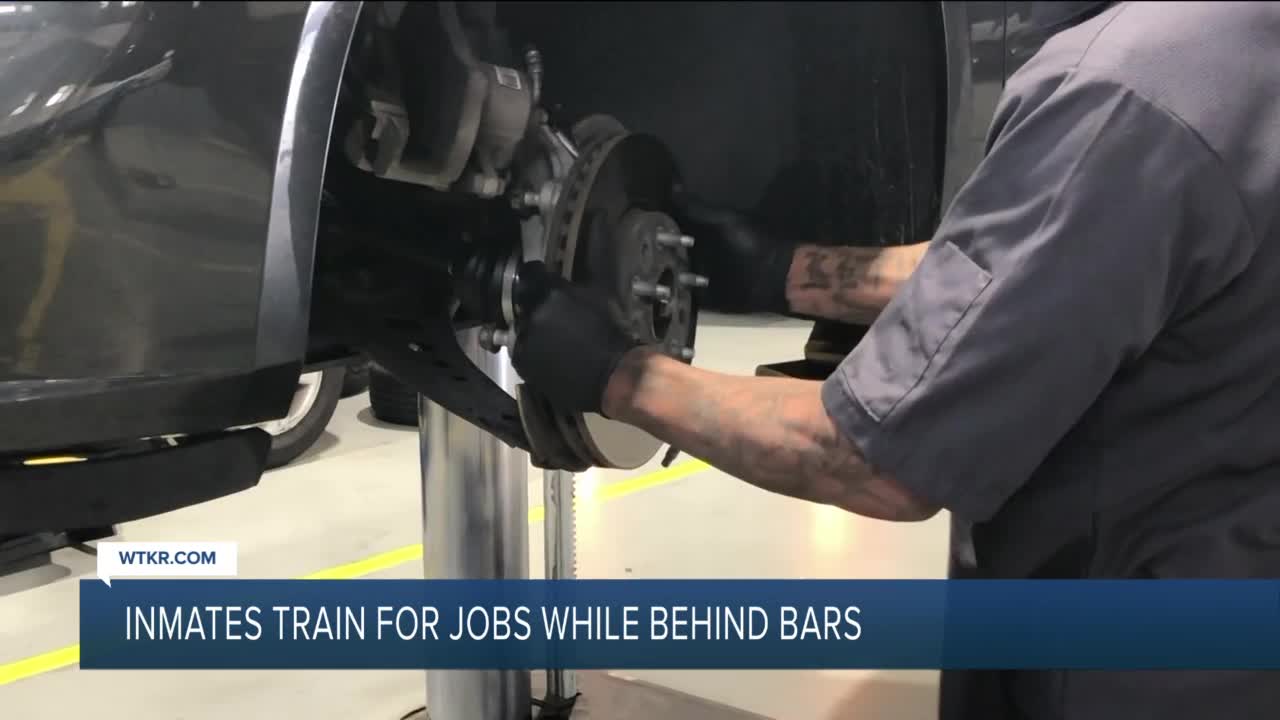 HAMPTON ROADS, Va. - Life was much different two years ago for TJ Sexton Jr. and his coworker, Ahmad Bilal.

Both men were sentenced to prison for non-violent crimes.

While they were locked up, they learned about a program ran by Tidewater Community College, the Norfolk Sheriff's Office and Priority Automotive.

Non-violent inmates go through a selection process, then they are bused for training five days a week for classroom instruction and on-the-job training.

People in the program are taught in a state-of-the-art training center built and paid for by Priority.

They start making money while they are still incarcerated and get a check when they are released.

Pathways Dean at TCC, Beno Rubin, said the program gives people the opportunity to change the direction of their life.

It is difficult for felons to get jobs once they are released from jail, and sometimes they return to a life of crime.

“This is trying to break that cycle,” said Rubin

“It changed my life. I wish I would’ve known the things I could’ve accomplished a long time ago,” said Sexton.

Sexton is considered the gold standard at his job. Leaders at Priority Automotive praised his outstanding work and said he is a phenomenal employee who is constantly working hard.

Sexton previously knew how to fix cars, but the program gave him all the certifications he needed as well as additional training.

Raymond Mattox is the Fixed Operations Director at Priority Chevrolet in Chesapeake. He helps the men in their new career path. Mattox said it is difficult to find technicians.

“This program allows us to have a permanent fixture of technicians come in. We can groom and train them to be a positive employees for the future,” said Mattox.

The program was launched in 2018, and so far, 27 people have graduated.

“For me, this is a very strong reminder of what a community college is for. It’s to show that we help our community, and in this case, we are changing people's lives,” said Rubin.

“Without the program, I honestly wouldn’t have known where I would’ve been, but now I know where I can go and where I’m going,” said Bilal.

Bilal never had any prior automotive training before the program.

“Teaching nonviolent offenders to make a good, honest living and put their past in the rear view mirror is good for our communities, good for our law enforcement agencies and good for Priority,” said Dennis Ellmer, Chief Executive Officer and President of Priority Automotive. “This may seem like an unlikely partnership, but it just makes perfect sense.”

“This is my second chance,” Sexton said. “I didn’t know how I was going to get to this place that I pretty much dreamed about. I live in a nice apartment. I’m building my credit, and I have three cars. But the best part is that I have a job I enjoy and stability like never before.”

Troy Clifton is the executive director of the Priority Toyota Charity Bowl and program coordinator.

“Make no mistake - these are my guys. I may wear a suit, but they know they can trust me, and I’m going to go to bat for them,” Clifton said. “I’m gratified at how well the trainees bought into the program and how well the mentors and coworkers have supported them.”

“I didn’t think I’d have this life, and I have no idea where I’d be without the program,” added program grad Bilal. “Every day, I can take what I’ve learned and pay it forward. That means a lot to me.”