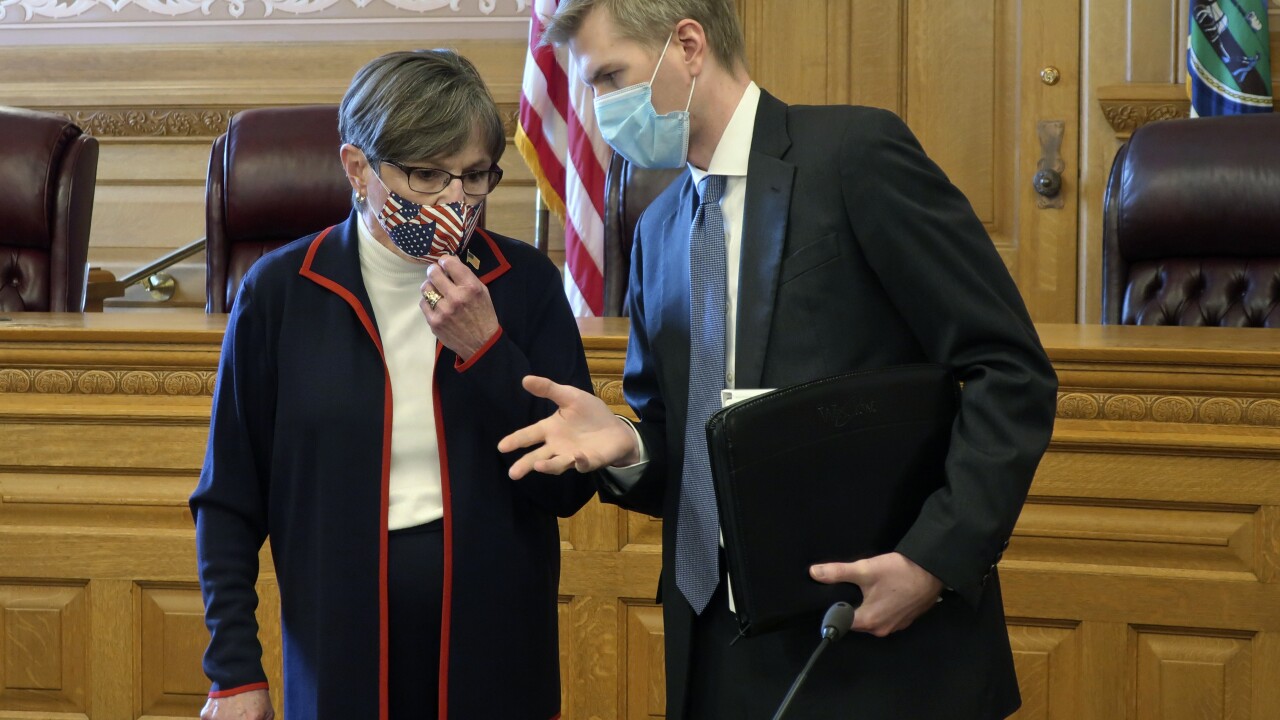 John Hanna/AP
Kansas Gov. Laura Kelly, left, confers with Clay Britton, her chief attorney, before a meeting with legislative leaders about an executive order she issued to require people to wear masks in public, Thursday, July 2, 2020, at the Statehouse in Topeka, Kan. Kelly says she's worried that if the state doesn't reverse a recent surge in reported coronavirus cases, the state won't be able to reopen K-12 schools in August. (AP Photo/John Hanna)

TOPEKA, Kan. (AP) — A weekly Kansas newspaper has posted a cartoon on its Facebook page likening the governor’s order requiring people to wear masks in public to the murder of millions of Jews during the Holocaust.

The cartoon posted Friday depicts Gov. Laura Kelly wearing a mask with a Jewish Star of David on it, next to a drawing of people being loaded onto train cars.

Its caption ends with, “step onto the cattle car.” Kelly called it ”deeply offensive." Publisher Dane Hicks defended the cartoon as commentary on Kelly's actions.