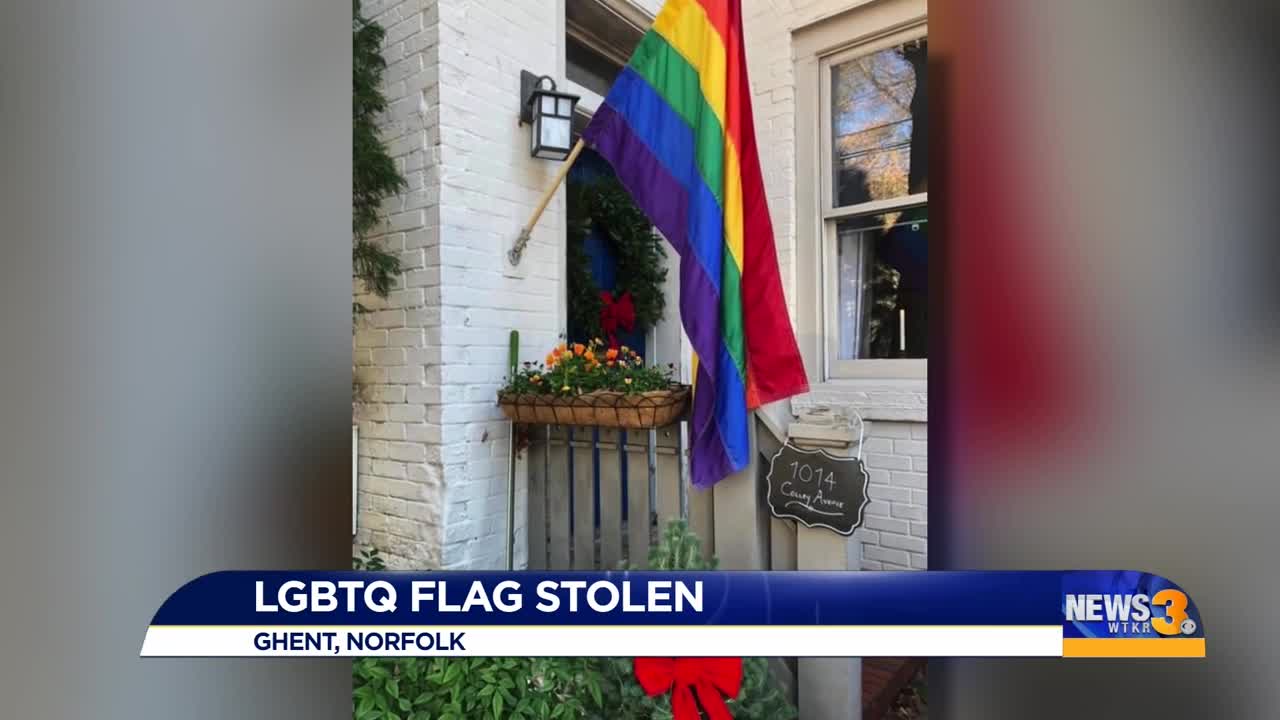 NORFOLK, Va. - There are flags all over Ghent, but the multicolored flag that used to hang from a home on Colley Avenue is missing.

“It’s always had a rainbow flag hanging here since I’ve lived here,” says one neighbor who spoke to News 3.

Nieca has lived in Ghent for more than two years. She said it’s something like a landmark to neighbors.

“I’ve definitely given people directions to my apartment several times: ‘I live right across the street from the rainbow flag,'" she adds.

The rainbow flag is a symbol of support for the LGBTQ community.

The owners of the missing flag weren’t available for an interview, but they tell us they’re upset. They believe the flag was stolen earlier this week.

“I think it’s sending a message. I think people know exactly what it means," said Joann Bauttie, a LGBTQ and Gender Equity activist.

She lives right around the corner from where the flag was stolen. She also has a pride flag waving in front of her home.

She says, “It’s just showing support because visibility is so important when people are running around here to know that they are accepted here.”

The owners tell us they are already working to get a replacement. They say they’re optimistic that whoever did this was just playing a prank. Neighbors who live here say it’s not funny.

“To take personal property that does not belong to you is stealing,” a neighbor tells us.

In the owners' Facebook post, some people suggested that whoever took the symbol of pride could’ve been admiring the flag. Nieca says, "You can go to the store and buy one on your own. Like, it doesn’t belong to you.”

Bauttie says this makes her want to do more.

“Let’s not back down. Let's put up as many rainbow flags as we can,” said Bauttie.