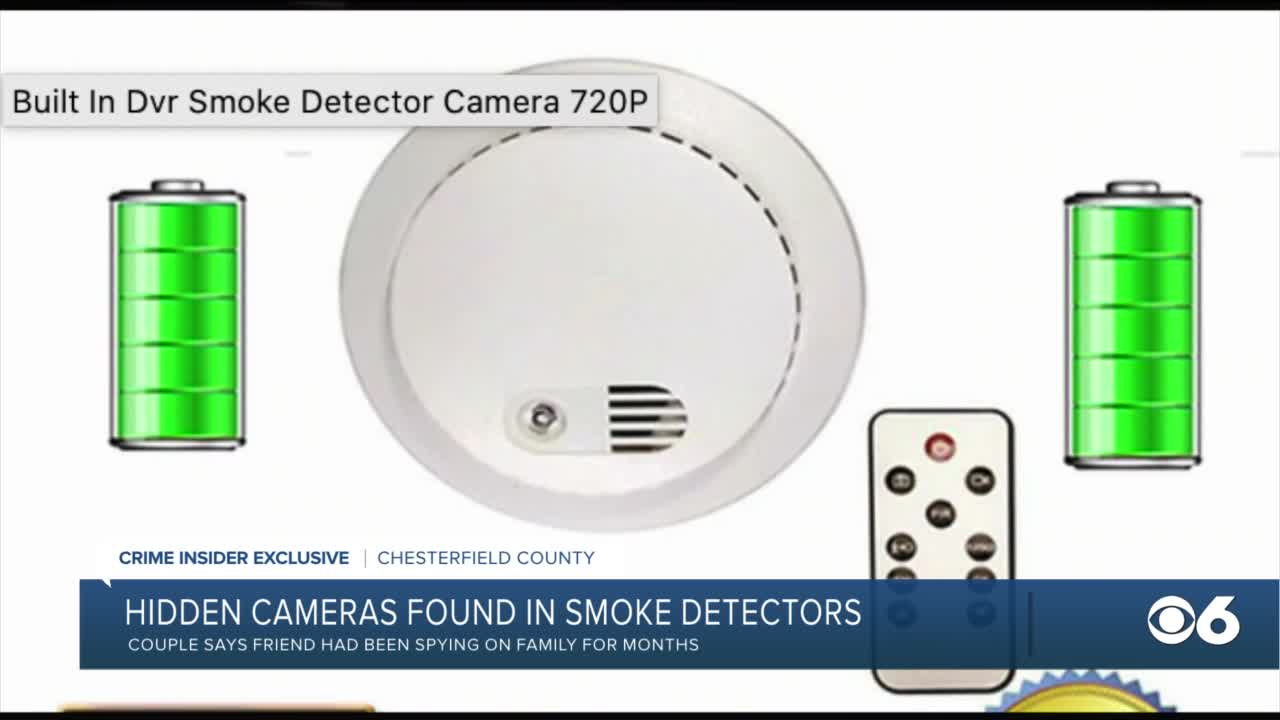 CHESTERFIELD COUNTY, Va. -- A man has been charged with unlawfully capturing images of minors after a Chesterfield couple claimed he installed cameras -- he said were smoke detectors -- inside their home.

In addition to his charges in Chesterfield, James Serena is also under federal investigation, Crime Insider sources told Jon Burkett.

The couple lives in the Foxberry community with two sons under the age of five.

The family called police after discovering the smoke detectors weren't actually detectors, but cameras, live-streaming their every move.

"It's a violation of our privacy, you know," the wife, who asked her name not be used in this story, said.

They didn't know anything was wrong until Halloween morning.

He'd been in the bathroom and the husband texted to check on him.

Serena apparently sent back a selfie in which the couple noticed another phone on the bathroom counter.

"He looked at it, zoomed in close and said, “Oh my god, that's us in bed!’ We were both startled at first," the wife said.

She then went through the house taking the smoke detectors out, pulling clumps of sheetrock with her.

She told me the bedroom and bathroom were equipped with video recording devices.

"We are adults,” she said. “We are married, you know. We have that going on, plus getting dressed in the morning and using the bathroom, my kids use that bathroom. My son was just potty-trained and we take showers in there every morning."

The victims tell me Serena installed the camera on August 5, and since then they've had at least two birthday parties with children in the house.

They've had to call those families to let them know that their house was bugged, compromised with two hidden cameras.

"It's just crazy that was done,” a neighbor, who also did not want their name used in the story, said. “I don't know. That's just bold."

Serena was granted a $2,500 secured bond, ordered to stay clear of the family, and must wear a GPS tracking device for now.

This is a developing story, so anyone with more information can submit a news tip here.