Contractors in Virginia reclaim $100,000 in stolen tools: 'I'm really glad he got busted' 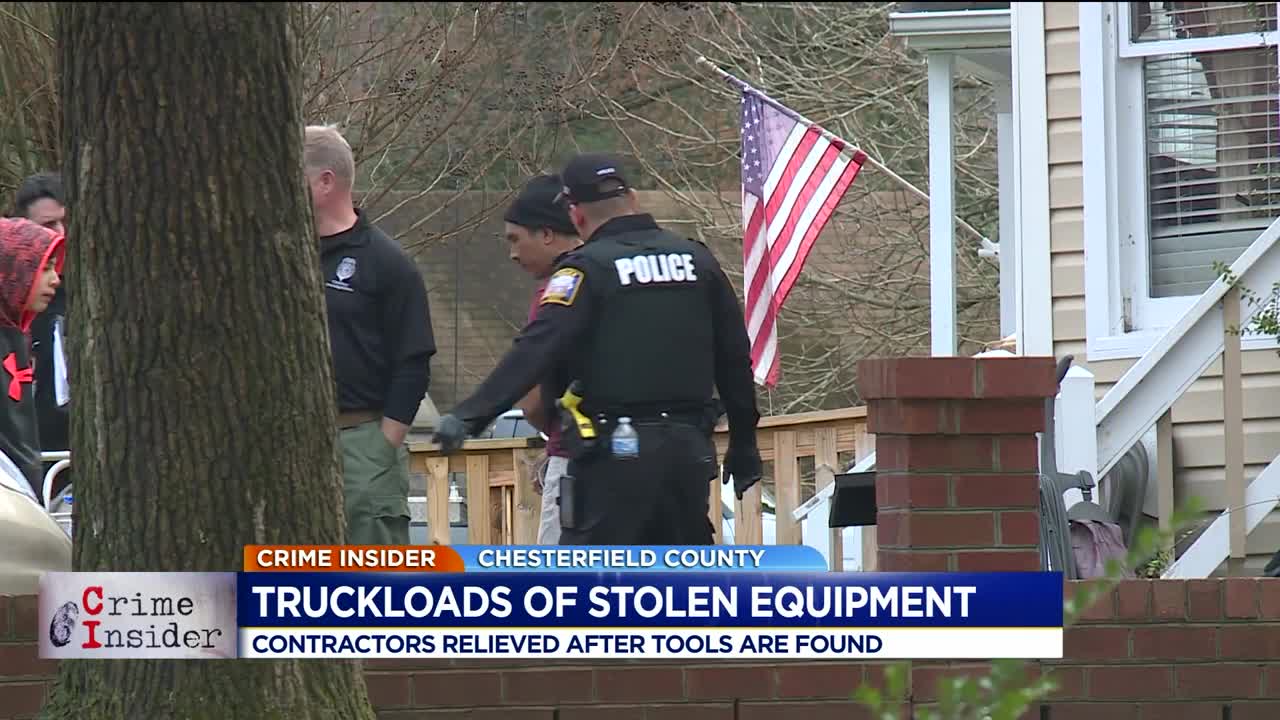 Chesterfield detectives delivered some good news Wednesday to several area contractors: they would be reunited with thousands of dollars of tools that were stolen and recovered earlier this week. 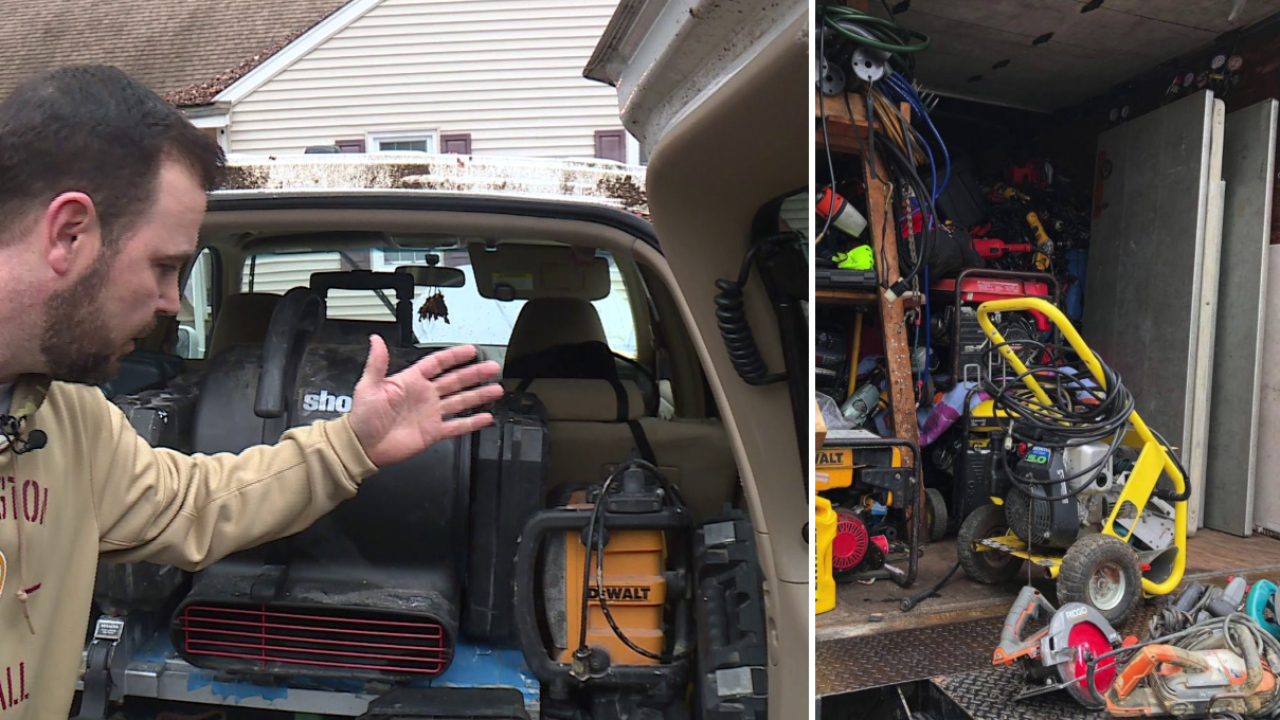 CHESTERFIELD COUNTY, Va. -- Chesterfield detectives delivered some good news Wednesday to several area contractors: they would be reunited with thousands of dollars of tools that were stolen and recovered earlier this week.

Robert Norton, whose tools were swiped from his trailer the day after Christmas was reunited with them two months later.

About 90 percent of Norton's stolen tools were laid out on tables inside a building at the Chesterfield County Fairgrounds Wednesday.

"Alright, so this is my laser level, probably the most important one," Norton said, holding the tool in his hand.

Police believe he's one of many victims of Amilcar Palucho, who was arrested Tuesday at his Mason Valley Drive home after property crimes detectives executed a search warrant.

"Especially all the tools that he had,” said Norton. “I swear, I'm really glad he got busted. There are going to be some extremely happy contractors to get their stuff back."

But what bothers Norton most, is that Palucho lives right up the street.

"I come up and down this street every day, and I’m wondering if he saw my trailer and just followed me to the job,” Norton said.

Norton's trailer was broken into Christmas day, forcing him to use his credit card to buy more tools so he could finish jobs and continue to provide for his young family.

Norton has advice for other contractors: "Definitely label your stuff. I also started taking pics of serial numbers just so I have that as a backup."

CI sources say that the Fairgrounds site will be open until Friday.

Contact Chesterfield police if you believe that your tools were stolen.