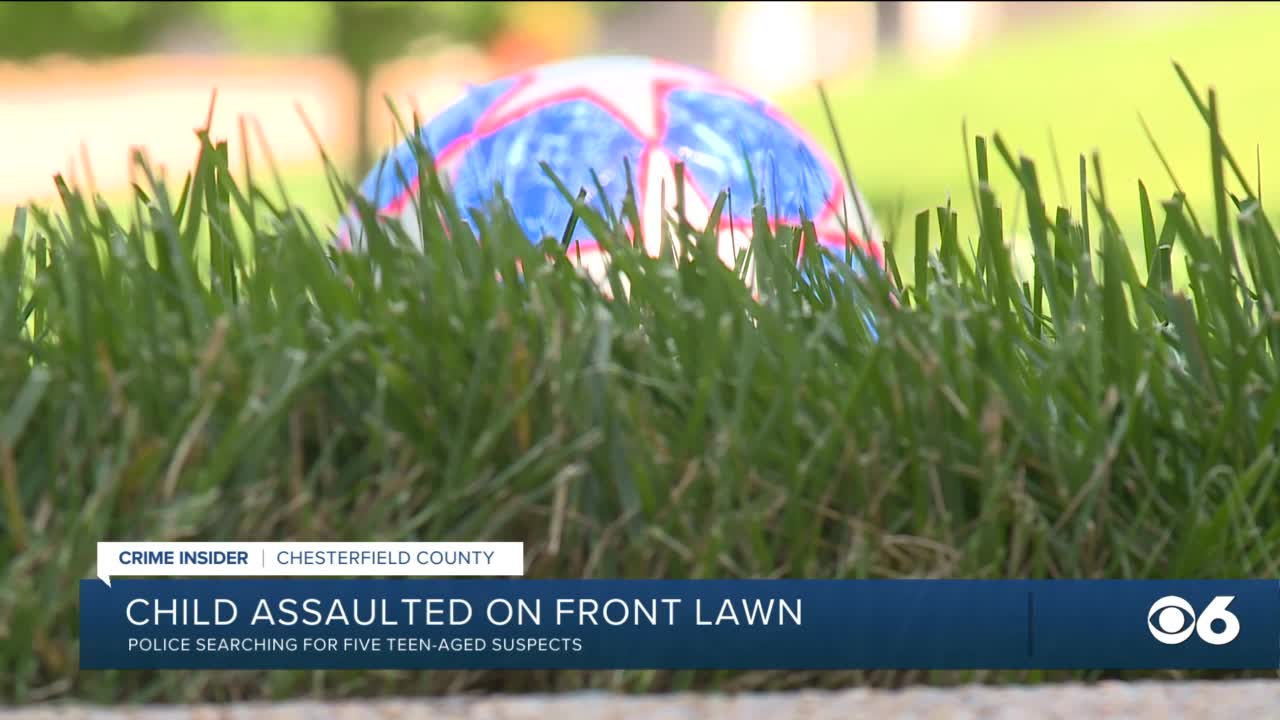 A traumatic Monday afternoon for a Chesterfield family when at least five teenagers came out of the woods dressed all in black and armed with scissors.

CHESTERFIELD COUNTY, Va. -- A traumatic Monday afternoon for a Chesterfield family when at least five teenagers came out of the woods dressed all in black and armed with scissors.

The girl fought back.

"I hope other parents let their children know that they need to fight back because if she didn't have that instinct, I don't know what would've happened," the chid's mother, who asked that we hide her identity, said.

That mother was visibly shaken, recounting what happened right outside her front door Monday afternoon in the Tarrington community near the intersection of Ellerton Drive and Ellerton Terrace.

"There were five boys, very tall, high school age,” she said. “There was one that came behind her and put his hand firmly over her mouth, cut her hair and she bit hard because he was holding her very tightly."

The elementary schooler was able to break free and took off running.

Crime Insider sources confirmed there was video evidence that showed the child weaving in and out of neighbors' yards about half a mile down the block.

"They were all wearing black pants and black hoodies,” the mother continued. “She said four had blond hair, one had dark-colored hair and she bit the tall blond. So there might be bite marks."

Chesterfield Police have classified the case as an assault and searched a few nearby neighborhoods and a park.

Crime Insider sources said police are trying to determine if it was supposed to be a prank, but added no one in the Tarrington community was laughing.

"I don't know what they had planned, but I don't even want to imagine it," said the little girl’s mother.

Police are asking parents to talk to their teens. If anyone in that area has a teenager that has a bite mark that appeared out of the blue, call police.