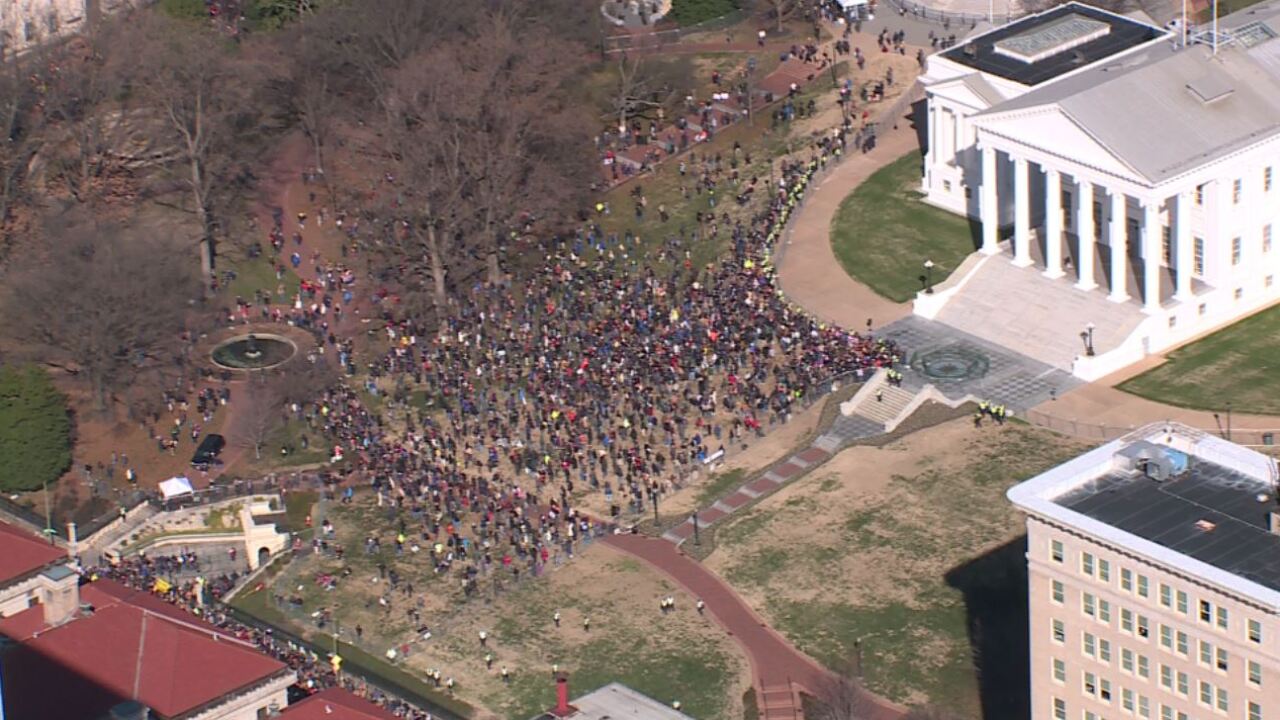 RICHMOND, Va. -- Prosecutors have dropped a felony charge filed against a woman who was cited for wearing a mask in public following a gun rights rally at the Virginia Capitol last month, according to the Richmond Times-Dispatch

News outlets report 21-year-old Mikaela E. Beschler was arrested an hour after the Jan. 20 rally when Richmond police asked her to remove a bandanna covering her face.

Her attorney says the mask-wearing charge was dismissed Wednesday after the state acknowledged it would be difficult to prove she had criminal intent to conceal her identity.

A prior Virginia case allows an exception under weather conditions, and news outlets said it was freezing the day thousands of gun-rights activists rallied.