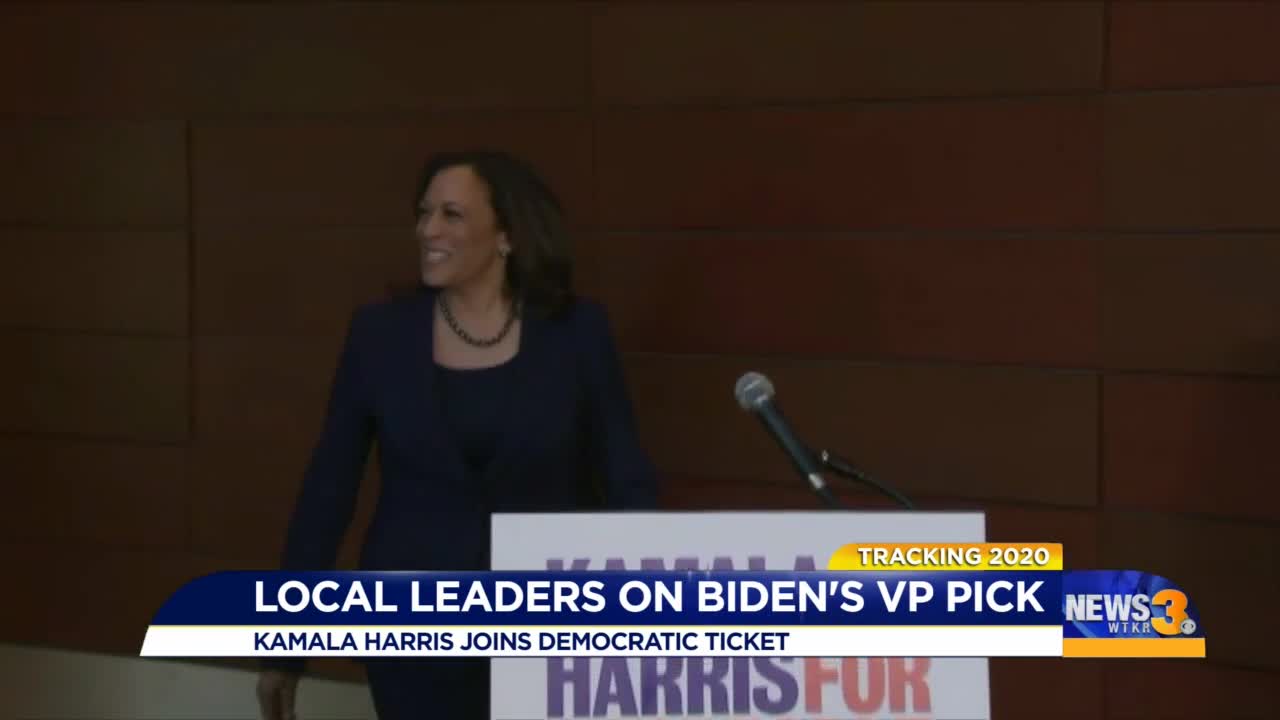 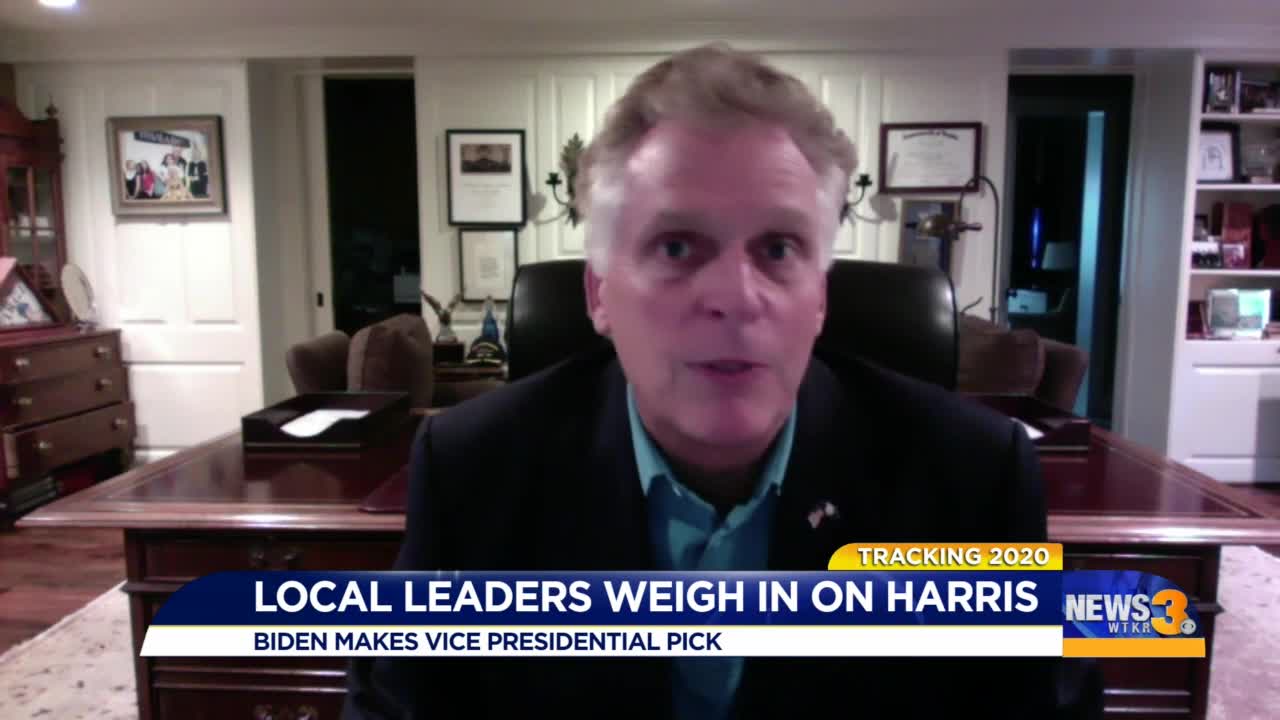 On Tuesday, Biden announced that Sen. Kamala Harris will be his running make this November. Harris formerly opposed Biden for the Democratic nomination, and could become the first ever woman elected in a US national election.

Local politicians and leaders, such as Senator Mark Warner and Attorney Mark Herring, have reacted to Biden's pick.

"Congratulations to Senator Kamala Harris on this historic selection to join Joe Biden on the Democratic ticket,” Congresswoman Luria stated. “As Vice President, Senator Harris will fight for issues that matter to all Coastal Virginians, like quality affordable health care, rebuilding small businesses and the middle class, and making sure our veterans and service members get the benefits they need.”

Attorney General Mark Herring reacted to the news on Twitter:

I couldn't be more excited for my friend and a former fellow Attorney General @KamalaHarris to be the next Vice President of the United States! Now let's get to work and win in November! pic.twitter.com/WtlBRhqhk0

Congressman Bobby Scott reacted to the news with the following statement:

.@KamalaHarris is one of our nation’s most brilliant & dedicated public servants. I’ve known her for years & she was “smart on crime” before it was popular. @JoeBiden made a great choice in selecting her to be our next Vice President. Let’s get to work & elect #BidenHarris2020!

Joe Biden is running for President to offer Americans character, competence, and compassion—and his choice of @KamalaHarris exemplifies those virtues. I know from our time together in the Senate that she'll be great for the ticket and more importantly, great for our country.

I have gotten to know Kamala during her time serving on the Intelligence Committee and I know the strength she brings to the ticket. She comes ready to do the work. That’s who she is. -MW https://t.co/xUb6uS5fkX

“I've been searching for the words to describe my feelings. From the moment I received the news on the VP pick, I screamed ‘YES!’ What an overwhelming sensation! What a feeling! Vice President Biden has made a great choice in selecting Senator Kamala Harris. Senator Harris has a record of action on economic justice, equality, health care, climate change, consumer protection, voting rights, and gun violence prevention. There is nothing this woman hasn’t done and there isn’t anything she cannot do. She has shown us she can lead, and I am looking forward to her leadership with Joe Biden in the Biden-Harris Administration. This is a historic moment for America, and I can’t help but think of how my grandparents and great-grandparents would react to see this day. And I am so proud to tell my children, Samantha and Jack, that the Democratic Party has made history today. The Biden-Harris team is ready to lead on Day 1, and fix the mess that Donald Trump and his cronies have gotten us in. Now, the charge and call to action is upon us to do all that we can to ensure progress is made on the federal level. I hope that you will join me in supporting and voting for the Biden-Harris ticket, and all other Democratic candidates on the ballot this November. The best is yet to come!”

I am so excited that @KamalaHarris has been selected to be @JoeBiden's running mate! This ticket is going to lead us into the future and I couldn’t be more thrilled to celebrate this new partnership. Let's get to work.

Other campaign surrogates include former Governor Terry McAuliffe. "It's exciting. It's the first woman of color that we have had on a national party ticket going into the General Election. She will bring that excitement," said McAuliffe.

Early Biden supporter Rep. Elaine Luria (D-2nd District) also voiced her support. "I was thrilled when [Biden] said he would pick a woman as his running mate. I think Sen. Kamala Harris has a long history of serving in many important capacities for our country," she said.

Political analysts predict a nasty fight going into November. "It's going to be a brutal election cycle. I encourage all of your viewers and listeners to do their own research to find out what's true and what's not," said Dr. Eric Claville, the Director of the Center for African American Public Policy at Norfolk State University.